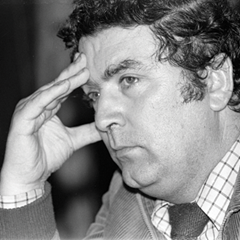 Financial pressure and public opinion could help to persuade the UUP and SDLP to compromise on power-sharing, according to the NIO files from 1979.

Five years after direct rule resumed, many people feared that it would last forever but the NIO privately admitted that it was a “fragile” solution. “It was designed to be only a temporary stop-gap,” the brief for Humphrey Atkins states. “There is no local democracy to support the system; and it allows all blame to be placed on the Secretary of State who is seen as alien.”

The UK Government’s room to manoeuvre was limited as the parties could not be compelled to “accept any new arrangements against their will” and no solution “can be imposed against the will of the majority community.” Devolution without the SDLP “might still be workable … although it would probably not be stable.”

Officials cautioned that any political initiative by the Government “can provoke reactions” and a raised political temperature could lead to violence. “In the last few years substantial calm and stability have been achieved,” it says. “Although political progress has been slow it is only in stable conditions that any progress can be made.”

In the NIO’s view, the way in which decisions were taken by a devolved administration mattered more than how much power it would have. The UUP demanded a “straight majority vote” while the SDLP demanded “a participating role for representatives of the minority.”

The note added: “Any form of compromise between the ideals of the two sides will be rejected so long as either side has any ground for belief that it might still do better.” Officials encouraged ministers to insist on “compromise from both sides” and suggested various negotiating tactics.

Financially, the “kindly treatment” of Northern Ireland may not continue as spending cuts approached. A political settlement “could open new sources of financial help” although these were not specified. Ideally, the NIO wanted a “non-boycottable” system which would attract such a high level of public support that the UUP and SDLP could not walk away from it.

The most risky solution was ‘majority rule with an Irish dimension’ i.e. the full implementation of the Government of Ireland Act 1920 plus extra safeguards for nationalists. On both sides, this would involve major concessions to deliver major ‘wins’ and “this approach would be to play for very high stakes.”

Atkins would be expected to deal with six major political issues:

• whether direct rule should continue indefinitely in the absence of an agreement;

• how he interprets the “much discussed concept” of acceptability;

• the possibility of introducing an arrangement which fell short of devolved government;

• how to send an “early message” to the Irish Government about his intentions;

• the possibility of setting up an independent inquiry (which the NIO opposed); and

• his attitude to the Official Opposition at Westminster as bi-partisan support for a new policy would increase pressure on the local parties.

Atkins took office just before the first European Parliament elections, on 7 June 1979, and the civil servants looked forward to a “useful preliminary period” in which he could get to know Northern Ireland and “the leading personalities on the political scene.” The Secretary of State “will no doubt wish to seek the approval of the Prime Minister and Cabinet colleagues” before starting negotiations with the parties.