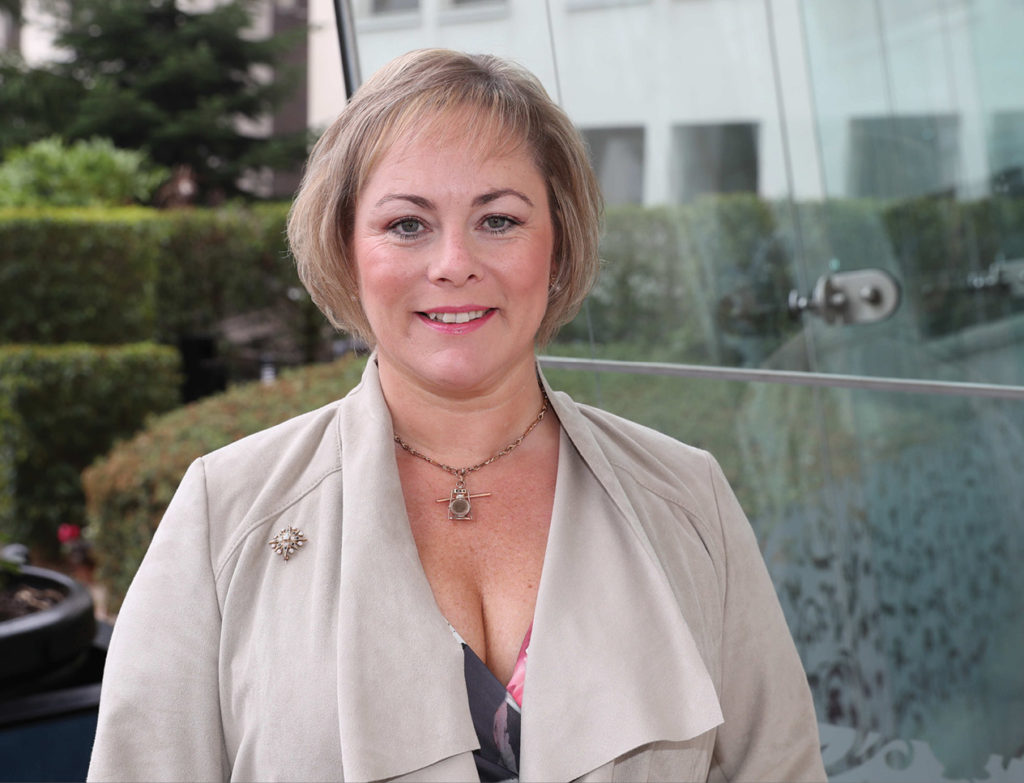 As Northern Ireland sits at a critical strategic juncture in developing and delivering a strategic energy agenda, Utility Regulator Jenny Pyper is clear that a secure energy supply is the single most important item and should be regarded as “the first duty” of government and regulators.

Speaking about SONI’s assessment that the absence of the second North South Interconnector will render capacity margins tight for 2021, Pyper dismissed “easy chatter” about the System Operator being overly pessimistic or cautious and instead emphasised that, as the experts, their assessment needs to be taken seriously and acted upon.

“I don’t believe we have the option to tolerate or transfer such risks as keeping the lights on here,” she says. “Along with the Department of Enterprise, Trade and Investment (now Department for the Economy) and System Operator for Northern Ireland (SONI) we have already taken action to address or treat the short-term risks. I readily accept that we need to think about doing much more around energy efficiency and more around exploring and utilizing energy storage initiatives. However, we need to think bigger and be strategic. We must favour the long-term over the short-term, the bold move over muddling through and hoping with our fingers crossed that enough capacity will come forward.”

Pyper stresses that for the lights to stay on at the most affordable price for consumers and businesses, the interconnector is not just the best, but the only option. “That’s not to say that we don’t want to encourage new investment in options that will help maximise our renewables or to do more around demand-side management,” she states. “However, ideally these sorts of investments will be driven by the market with the Interconnector as a route to the larger all-island market rather than finding ourselves in a position where we have no choice but to offer contracts which, as they have in the past, prove to be expensive.”

An additional interconnector will incentivise investment from generators, lowering the cost for consumers and allowing Northern Ireland to access the full benefits of an enhanced all-island electricity market. It will also play a key part in ensuring Ireland can utilize the €2.8 billion I-SEM market, which is the integration of the Irish Single Electricity Market and the GB electricity market. Pyper adds: “The I-SEM will take the wholesale electricity market to a new level of operational efficiency and effectiveness. It will make best use of the power on the system and use interconnectors in the most efficient way, as well as rewarding generators who best address the needs and the demands. Delivering a new wholesale market will send the right signals to potential investors leading to further competition and choice.

“It provides the opportunity for further downward pressure on prices by getting electricity from markets where prices are cheaper and by using the more efficient forms of generation. With the right trading arrangements in place, we can make sure we have enough electricity to meet our long-term needs. A key component of which is the DS3 (Delivering a Secure, Sustainable Electricity System) initiative, providing a holistic approach to optimising the use of renewables on the system.

“All of this, I believe, is in reach. Significant progress has been made on both the design and the associated implementation process systems by both the regulators north and south; and the Transmission System Operators (TSOs). It’s vital that the momentum is maintained to ensure that delivery is achieved as soon as possible.”

“I don’t believe that I need to have my statutory duties changed to facilitate ministerial outcomes, but what I do need is clear strategic direction and a policy framework to inform my regulatory decisions.”

Pyper believes that while a Brexit will have some impact on the energy agenda, the sheer complexity of the current energy network has brought about a broad consensus that much of EU energy policy is unlikely to change in the short to medium term. Even when Article 50 is triggered it is unlikely that energy will be a “day one” priority for the British Government. “Frankly, irrespective of Brexit, there are sound economic reasons for the I-SEM in any case,” states Pyper.

“The support of Government for the I-SEM has been very welcome and I was particularly pleased to see energy as one of the top five issues listed by the First Minister and deputy First Minister in their letter to the Prime Minister, Theresa May. It’s vitally important that the uniqueness of the Single Electricity Market here is recognised and factored into any negotiations.”

Describing the renewables industry in Northern Ireland as a “success story”, Pyper notes however that a lot of that success has been driven by small scale wind generation fuelled by public subsidies, which have added to overall consumer bills and put pressure on the network because of its unprecedented scale.

She emphasised the need for greater clarity on a renewables policy going forward. “We know that current planned and installed investment is likely to help us meet the 40 per cent renewable target. The questions that needs to be answered is whether we now take stock and set a new target or whether we should be looking to prioritise support for alternative renewable options such as off-shore wind and marine technologies.

“The winter package coming from the Commission may provide some steer on how Europe views priorities such as demand-side management and energy efficiency and I would expect that these considerations will inform the Department’s thinking on a new Strategic Energy Framework. Accommodating renewables is one of the many challenges for our electricity market and we know that tomorrow’s network will, and indeed must, change.

“Our role in the Utility Regulator is enabling future development to be both long-term and strategic. In these uncertain times we aim to help facilitate, shape and secure the future, at the lowest cost to the consumers. We recognise that our role is central, and we aspire to less rather than more regulation.”

Speaking about the regulatory price control that will set the costs all consumers of electricity pay to NIE Networks, set to apply from 1 October 2017, Pyper adds: “The overall challenge for RP6 is to achieve a final price control settlement which delivers a modern, high-performing electricity network supporting excellence in asset management, rewarding technological and service innovation, providing and incentivising, as well as achieving a rate of return which reflects business risk and, of course, at the lowest cost to consumers.

“That’s something that we cannot do alone. Dealing with unprecedented demands for renewable connections, considerations of electricity storage options, smart technologies and off-grid connections are among the many challenges. We have been working very closely with NIE Networks and SONI to address the challenges of many people trying to get connected to the grid, particularly after the sudden impact of policy changes to Northern Ireland Renewables Obligation (NIRO).

“I believe, together with the two network companies, we have also made real progress on introducing competition in the provision of electricity connections. However, while we have a role in meeting these challenges, I do feel there is undoubtedly a role for government in providing impetus and clear direction to inform future network development.” 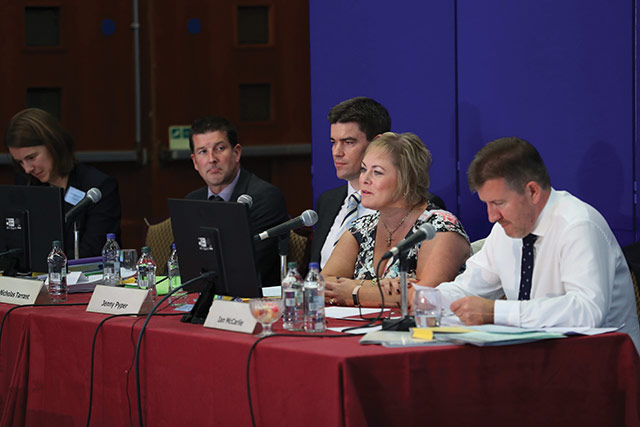 Aside from electricity, Pyper says that the next phase of development in the “tremendous success” of the natural gas industry in Northern Ireland will be facilitated by the recently published Gas Distribution Price Controls (GD17). Connection targets have been set at 60 per cent of Northern Ireland properties by 2022 (300,000 homes), however comparatively low global oil and gas prices will make conditions for those connections challenging. “With gas being brought to east Down and Gas to the West likely to be in place by 2020, the strategic question is: to what extent we can continue to promote natural gas? Given that the economic basis for further expanding the network to other parts of Northern Ireland will be open for discussion,” said Pyper.

“The question for the strategic energy agenda is: can or should the Utility Regulator continue to support a long-term duty to promote natural gas? And if so, what targets should be set and how would such targets sit alongside other Executive policies relating to sustainability, energy efficiency and heat. Of course, this agenda will have cost and prices as a backdrop for households and businesses. This issue remains a priority and tackling costs must remain a key strategic energy issue.”

Through price controls since 2009, the Utility Regulator estimates that it has taken out around a quarter of a billion pounds worth of costs that might have been passed on to electricity consumers. Pyper believes that the new wholesale market, which will comprise about 60 per cent of a typical bill, will put downward pressure on bills and ongoing tariff reviews will mean customers of regulated suppliers always seeing bills reflecting costs. However, she concedes that a policy target for electricity price would present challenges given the heavy influence of international energy costs on bills.

“As a regulator that is not a decision for me, however, the Utility Regulator can and does provide ministers with evidence and with advice. Our advice is clear; skewing some network costs away from large users would reduce bills for that group but it would increase bills for other customers. If there is a decision to made, it would, as was the case in Ireland, need to be a political decision made by ministers. My job as the Regulator is to drive down costs in all elements of the bill. The question of changing the balance of how customers pay for their electricity is one for policy makers who will need to consider a wide range of social policy and economic outcomes in their decisions.

“I don’t believe that I need to have my statutory duties changed to facilitate ministerial outcomes, but what I do need is clear strategic direction and a policy framework to inform my regulatory decisions.”

Concluding, Pyper said: “I believe it’s important that we have a regulator that provides expert and independent contributions to policy thinking; a regulator who provides the type of evidence-based view that informs consideration of critical issues like the North South Interconnector; and a regulator who links with other bodies to help tackle big ticket items on the energy agenda, like the I-SEM. But we need to be pragmatic about the limitations of regulation and stress the need for clarity and certainty from government to set out its policy and strategic agenda.

“I look forward to engaging with government on the Programme for Government and stand ready to participate in the development and implementation of a new Strategic Energy Framework.”