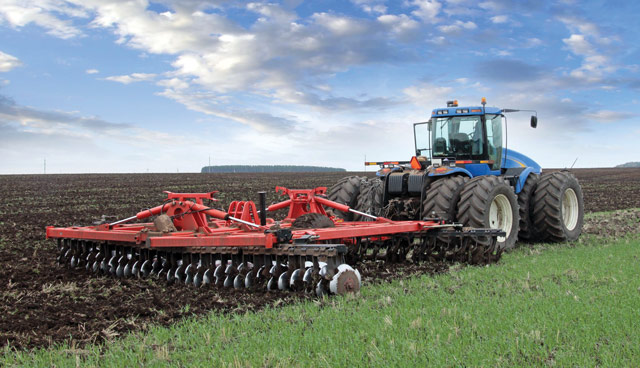 Farmers must act to help restore the significant losses in biodiversity in rural areas that have been witnessed over recent years, according to Nature Matters’ sustainable land use spokesman, John Martin.

“This will be the driver for the UK Government as it seeks to set out its priorities for farm support over the coming years,” states Martin.

“The current EU support systems are not working. In most years the single payment represents up to 80 per cent of the farm incomes produced here in Northern Ireland.

“Yes, we need to maintain the current farm support budget. The challenge ahead is that of making the money available to the industry in ways that will ensure its sustainability for the future.”

Nature Matters is an umbrella body, which has been established to reflect the combined views of many environmental lobby groups as the UK faces a post-Brexit future. These include the Royal Society for the Protection of Birds (RSPB), with which Martin is conservation team leader.

While recognising that the European Union has introduced a number of positive measures, where environmental protection is concerned, Martin believes that Brexit will provide the UK Government with an opportunity to deliver a new farm policy framework that will deliver for both the environment and farmers’ desire to produce food.

“We need to maintain a sustainable farming sector into the future. In policy terms, this will mean paying farmers to undertake environmental improvement works in ways that will allow them to generate profits,” he explains.

“This can be achieved while still allowing farmers to produce food, and at the same time, keeping the UK within all World Trade Organisation criteria. It’s all about paying farmers to deliver public goods.”

Martin defines a ‘public good’ as a product or service which everyone can benefit from. It must also be quantifiable and deliverable at a number of levels. “Producing food in its own right is not a public good. But protecting our soils and countryside in ways that ensure our potential to produce food sustainably for the future is.

“Food security is an issue for the UK at the present time. But it is not simply about the amount of food that we produce as a nation. Food poverty and the growing reliance on food banks by many families are other issues that must be factored into this debate.”

He points to a return to more mixed farming practices as part of a model which agriculture should be implementing for the future.

“We have seen a significant reduction in the area of land dedicated to crop production over recent years,” he says. “These arable areas have their own unique ecosystems, which must be protected. Farmers can be paid for making this a reality.”

The spokesman believes that farmers have a key role to play at all levels when it comes to improving the environment and conservation value of all rural areas.

“The points relating to the improvement of our water quality have been made over many years. But the same principle holds, where biodiversity is concerned,” he outlines.

Martin also points to the opportunity for primary producers to improve the efficiency of their farms, provided they take account of the environmental and conservation priorities set out for the areas in which they live. He adds: “But here we have a problem. The Department of Agriculture, Environment and Rural Affairs has yet to complete a critically important mapping project, which will profile the specific habitat priorities for each region of Northern Ireland.

“It’s hard to see this work carried out until such times as we have a functioning Executive working again at Stormont.”

Birds are at the very apex of the ecosystems that feature in every country. According to Martin, modern agricultural practices have significantly aided in the decline of many species across most of Northern Ireland.

“If farm management practises are not changed the curlew will be extinct locally within the next 15 years,” he states. “It’s not the only species of bird under threat. The Yellow Hammer is another cause for concern. Farmers must be encouraged to help reverse these extremely worrying trends. The only way to do this is by tailoring farm support accordingly.

“Farmers must also receive proper environmental training and all our college courses must be structured to reflect this reality.”

Martin concludes: “The UK can only underpin its future food security by protecting the productive capacity of its land. Farmers will be critical players in making this happen.”

Meanwhile, the issue of ammonia emissions from local farms is the environmental topic that is top of the Ulster Farmers’ Union’s (UFU) list of priorities at the present time. Recent months have seen the Northern Ireland Environment Agency (NIEA) object to several farm development programmes because the business plans submitted did not take sufficient account of the projected ammonia levels from the evolving businesses.

“The stance taken to date by the Northern Ireland Environment Agency is not realistic,” states Union president Ivor Ferguson.

“It will serve only to prevent farm families across Northern Ireland from investing in their futures. Significantly, this point of view has been fully endorsed by the processing sector. As a result, both the farming and food industries are now speaking with one voice to the Environment Agency on this matter.”

The UFU president adds that the science associated with ammonia emissions from farms is still evolving. “For one thing the number of sites currently being monitored is not large enough to provide an accurate picture. Farmers know that they will have to do more when it comes to protecting the environment. Historically, they have been the custodians of the countryside. This is a role which they will continue to play.

“Looking at new ways to utilise slurry is an option for the future, in the context of the ammonia emissions’ debate. But the Environment Agency’s proposal to reduce livestock numbers is an absolute non-starter. The Union believes that more can be done to increase the scope of production agriculture in a sustainable way.”

Ferguson also believes that environmental issues relating to agriculture should be dealt with on an all-island basis.

“Counties Monaghan and Cavan are home to pig populations which exceed that for all of Northern Ireland. Both counties also have expansive poultry sectors. Given this situation, the cross-border movement of ammonia emissions emanating from these intensive livestock industries must be considered,” he concludes.

Are we at long last getting to grips with the bTB challenge?