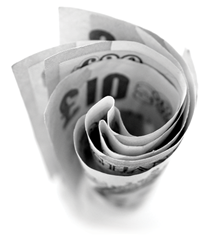 More capital spending is needed to improve Northern Ireland’s appeal, according to a critique of the draft plans.

Northern Ireland’s tourism projects need more capital funding if the sector is to prosper. That’s how two commentators view DETI’s draft spending plan for the next four years. Government investment in the sector will drop from almost £70 million over 2008-2011 to under £20 million over 2011-2015. Most of this will go to the five signature projects.

“I know the resources are tight but it’s not adequate,” warns Enterprise Committee member Leslie Cree. Diverting money from capital to resource spending pays salaries but means less money for long- term projects, he points out. DETI declined to comment.

Lord Rana believes there is “still far too much bureaucracy” and adds that capital investment cuts, such as those in transport, will “weaken our tourism appeal”.

“Yet tourism has the potential to become one of the most important economic drivers,” he continues. “It should be a priority area within the Northern Ireland Executive’s commitment to put the economy at the core of its strategy.

“Ministers talk about this but are not really implementing this commitment. Investment in tourism infrastructure is probably the quickest way to create thousands of new jobs in [the] construction industry right through to tourism facilities.”

The Tourist Board’s annual running costs were around £15 million between 2008 and 2011. That budget has been cut to £14.9 million, and would stay the same next year. Later current expenditure budgets would vary between £13.9-14.4 million per annum.

Tourism Ireland is expected to make 3 per cent year-on-year efficiency savings after consecutive increases between 2007- 2008 and 2009-2010. The northern contribution would therefore fall from £16.3 million this year to £14.3 million in 2014-2015; the Republic’s share is also likely to drop.

DETI expects the organisation to use that money to increase the number of overseas visitors coming to the province. However, its plan also warns: “Reduction in frontline expenditure could impact on tourism growth and thus economic activity.”

Job cuts and administrative savings will come first, followed by less marketing in Australia and developing markets. Tourism will be one of five priorities for EU funds, the others being innovation, enterprise and entrepreneurship, telecoms and sustainable energy.

Consultation closed on 16 February and the budget is now being finalised.