Co-director at the Nevin Economic Research Institute, Paul Mac Flynn, argues for the need for a UK wide system of fiscal equalisation for both expenditure and revenue, believing the renewed debate around fiscal devolution has too narrow a focus.

New Decade, New Approach was the plan that led to the restoration of the Northern Ireland Executive earlier this year but it was also a document that set out a more ambitious role for the Executive particularly related to economic matters. One of the key planks of this strategy was an increased emphasis on Northern Ireland beginning to raise more of its own revenues. The debate about fiscal powers in Northern Ireland has been disproportionately focused on the gap between the amount of public expenditure in Northern Ireland and the amount of revenue raised in the region. Such discussion generates little or no utility for public policy debates about improving the devolution settlement.

It is of course possible that increased user charges and levies, which could be achieved without any further devolution, could raise additional funds but in this scenario the level of additional revenue would be minimal. A 2013 report for the Northern Ireland Council for Voluntary Action examined what charges and levies the Executive could reasonably apply and estimated what level of additional revenue they could hope to gain. The report profiled more than a dozen measures with the upper limit of what could be raised estimated to be in the region of £400 million. This is not an insignificant sum of money, but it equates to less than 2 per cent of Northern Ireland’s public expenditure. Furthermore, most of the measure outlined are either user charges or levies that are not linked to income and so by their very nature are likely to be highly regressive.

Even in the scenario where Northern Ireland does raise this amount of money, the financial boost to the Executive is likely to be short-lived. Any shortfalls in public expenditure are the direct result of funding shortfalls from UK Government decisions. Using £400 million to plug existing gaps will not remove the likelihood of further shortfalls in the future. The sufficiency of public expenditure in Northern Ireland is a UK wide issue. The UK has one of the lowest population-adjusted levels of public expenditure in Northern Europe. Most importantly, from our perspective, the UK also has one of the lowest levels of revenue per population, especially regarding employer social insurance contributions. Debates about the proper funding of Northern Ireland public services are discussions best directed at UK revenue and expenditure levels.

It is posited that one way for the Executive to take a more assertive role in economic policy is for the Executive’s expenditure to have some level of connection to the health of the local economy through exposure to tax receipts. However, we should not fall into the same trap here either. It is not about attempting to plug Northern Ireland’s perceived fiscal deficit. The process of making the Executive responsible for revenue that currently flows directly to the UK Exchequer is about refocusing incentives in order that the Executive itself makes better expenditure decisions. There is a need for caution here too. Devolving the power to raise significant revenue streams such as income or consumption taxes is a significant reform and the implications for public expenditure need to be understood. 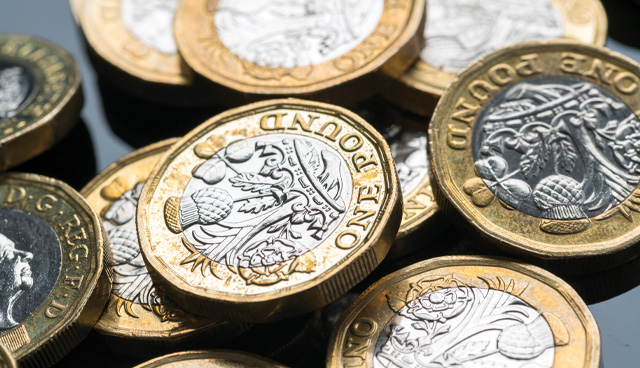 A needs-based approach to regional funding has been long argued for and its case would only be strengthened with greater fiscal devolution.

The fiscal framework that is in place for Scotland is quite complex and has numerous break clauses and feedback loops. This is because the public expenditure disbursement in the UK was not intended for the political settlement that is now in place. The Barnett formula and the mechanisms of expenditure devolution were never intended to exist alongside significant fiscal devolution to the regions. The system of block grants has been warped in order to accommodate greater fiscal devolution in Scotland, but it is an unnecessary compromise. If fiscal devolution is to take place, policy would be better focused on reforming the entirety of the current revenue and expenditure system to design one more appropriate for the political situation that now exists.

Calls for the reform of the Barnett formula long predate this current phase of devolution. It is worth reconsidering some of those issues in the context that we now find ourselves in. The most enduring criticism of the Barnett formula is its simplicity. The Barnett formula seeks only to apportion the same level of increase in devolved areas of spending between the regions and the rest of the UK. At no point does the formula seek to take into account any unique or extenuating circumstances that exist within a region. A needs-based approach to regional funding has been long argued for and its case would only be strengthened with greater fiscal devolution.

Replacing the Barnett formula with a needs-based system of public expenditure appropriation is a necessary but not sufficient condition for the new settlement needed for Northern Ireland and the other UK regions. If the goal for Northern Ireland is to improve the incentive structure for policymakers in the devolved government, the other side of the new settlement should focus on revenue raising capacities and what can be expected of regions and devolved government.

What is needed is a UK wide system of fiscal equalisation for both expenditure and revenue. This is a process whereby central government recognises, that the cost of delivering public services is unique to every region and that the capacity to raise revenue is unique to every region. Under fiscal equalisation, regions can raise revenue, but public expenditure resources are adjusted to reflect the proportion of potential revenue that was collected and the unique constraints of the cost of providing public services in that region. Having both these mechanisms in place allows regional governments to be exposed to tax receipts without the danger of undermining their financial position. It provides an incentive structure for the Northern Ireland Executive to boost tax revenues, whilst not introducing unnecessary volatility into the provision of public services.