The plan strategy is one of two stages that make up the Local Development Plan, with the local policies plan being the second. It sets out the strategic objectives of the Council with regard to accommodating growth in the form of new homes and economic development and is intended to inform the public, authorities and developers of the policy framework against which all development proposals will be assessed.

The plan is also intended to provide “certainty” for developers by indicating what sort of development is and is not wanted in the local area, such as the mix of social and private housing, and outlines how objectives will be monitored annually and reviewed as part of a five-year cycle. The Local Development Plan, when completed, will replace the three existing area plans in the district that predate the reorganisation of local government in Northern Ireland that created Mid Ulster District Council: the Cookstown Area Plan 2010; the Dungannon and South Tyrone Are Plan 2010; and the Magherafelt Area Plan 2015.

It is stated within the plan that 11,000 new homes will be needed in the district by 2030 to accommodate housing needs such as smaller households. The plan explicitly states the Council’s intention to concentrate this growth in the area’s three main towns, which they call “our main service centres and most accessible places in the district, particularly for those without a car”. Up to 60 per cent of the Housing Growth Indicator, approximately 6,570 homes, contained with the report is set to be within the three towns.

A proposed phasing of housing sites is also included within the plan in order to facilitate the longer-term provision of housing and infrastructure flexibility in order to allow development to respond to the annual monitoring and five-year reviews. Any development sites of 50 units or more, or two hectares or more, will be required to deliver 25 per cent social housing in areas where there is a identified need.

There are no major changes to Mid Ulster’s settlement hierarchy within the plan; Cookstown, Dungannon and Magherafelt remain as the area’s three Main Towns (Hubs), with Coalisland and Maghera designated as Local Towns. Derrytresk and Derryloughan, both in the Washing Bay area of County Tyrone, have been newly designated Small Settlement status, along with Edencrannon, to the west of Dungannon, and Tullywiggan on the outskirts of Cookstown. As new settlements, the Council says that “until such times as a settlement limit is identified for them in the local policies plan development within these areas will be considered as being located in the open countryside”.

So-called Phase 2 lands, those to be “held in land bank to meet future need” (as opposed to Phase 1 lands, which are open for development), will be identified in Magherafelt, where they previously had not been, during the local policies plan stage. Those lands in Cookstown and Dungannon already designated as Phase 2 will be reconsidered. It is stated that Phase 2 lands will only be brought forward for development in cases where: a plan review or the local policies plan identifies the need for the land to come forward sooner than scheduled; they are needed for a proposal for social housing accommodation that meets specific needs; or there is an overriding need for health, community or education facilities in the area of the lands.

Such work on economic development has led the Council to predict that ‘at least’ 8,500 new jobs ‘accessible to all members of the community, including those without a private car’ will be created within the district by 2030, with 170 hectares of employment land overall identified within the plan. A shortage of development land available in Dungannon has meant that the identification of lands in Granville was necessary.

Specific policy criteria Is to be met for new residential development, drawing on existing policies but also delivering the outcomes as outlined by the Council in Planning Policy Statement 7: Quality Residential Environments. Within that statement, the Council states that “quality residential environments will have been provided comprising a mix of house types and tenures in our towns and villages and other settlements” and “sustainable opportunities will have been provided for homes in the countryside to meet the needs of the rural population at a level of not more than 40 per cent of households in the District”.

In terms of zoning, the plan has identified and defined Economic Development Zones in both Cookstown and Granville; Oaks Road in Dungannon has been identified as a District Centre; and town centres have been defined for Coalisland and Maghera. Sequential testing will be required for any property 100 square metre (net) or over proposed outside of defined centres, while Retail Impact Assessments will be required for proposal on properties outside of the centres that are 1,000 square metres or over.

Such work on economic development has led the Council to predict that “at least” 8,500 new jobs “accessible to all members of the community, including those without a private car” will be created within the district by 2030, with 170 hectares of employment land overall identified within the plan. A shortage of development land available in Dungannon has meant that the identification of lands in Granville was necessary.

The other employment objectives set by the Council within the plan are: 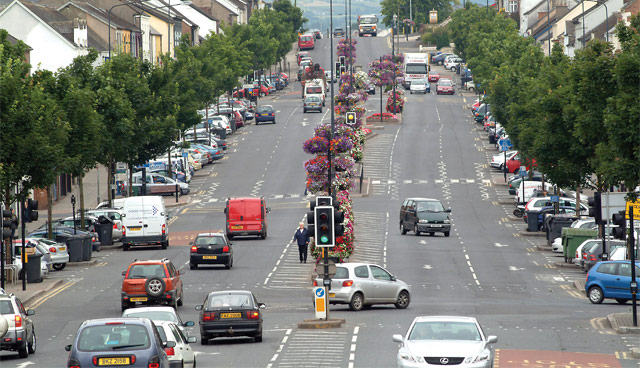 As part of the local development it wishes to see under the remit of the plan, the Council also states that “in determining an application, appropriate weight will be given to proposals and/or developer contributions which include a planning agreement or which will provide local infrastructure, community facilities and other benefits which may be intended to offset the loss of, or impact on any amenity or resource”.

Infrastructure improvement is a main theme of the draft plan strategy, with the Council affirming that they “remain committed” to the provision of a bypass around Cookstown and Dungannon that would reduce commuting times. It will “use our powers to protect any road line identified for development”. The LDP advocates that the improvement of the A29 road, which runs from the outskirts of Armagh, through Dungannon, Cookstown, Tobermore and Maghera, until Coleraine, must be brought forward, along with improvements to the A31 to Magherafelt, as “for the three hubs of Cookstown, Dungannon and Magherafelt to act as a cluster it is essential that travel times between these settlements are reduced”.

“The importance of improvement to the A29 should not be underestimated as it is critical to address the existing problem of heavy traffic choosing rural routes along the lough shore in order to avoid congestion in Cookstown and Dungannon,” the report states. It is also said that, as new opportunities for infrastructure improvement arise, “new road schemes such as road widening, straightening and provision of overtaking lanes will also help to improve connectivity and help people move across the District quicker in order to connect with the south west and north west transport corridor but also directly to Dublin and the north coast”.

Improvements to rural roads such as the A505 that runs from Omagh to Cookstown, taking in Killyclogher, Mountfield and Kildress on the way, are also included in the plan, with it said that it is imperative because infrastructure improvement “should not be forgotten for the remoter rural communities where travel times to essential acute hospital services are greatest”.

There is also the recognition within the report that Mid Ulster “has a number of vulnerable landscapes comprising the Sperrins, Clogher Valley, Slieve Beagh and the wetlands and peatlands of Lough Neagh and Lough Beg and the Bann”. In order to give these areas protection in accordance with the Regional Development Strategy, the Council has introduced protections in the form of a Special Countryside Area (SCA) along the lough shore, in the high Sperrins and Slieve Beagh to “protect them from unnecessary development” and in the form of an Area of Constraint on Wind Turbines and High Structures (AOCWTHS) in the Sperrins, the Clogher Valley and at Slieve Beagh to “protect them from high structures”.

Protection will also be provided to Sites of Local Nature Conservation Importance (SLNCI), Areas of Significant Archaeological Interest (ASAI) Historic Parks and Demesnes, along with other heritage features. Landscape features, habitats and other environmental assets will all also come under protection through the designation of Local Landscape Policy Areas (LLPAs). An LLPA’s designation includes one or more of the following:

The Department of Agriculture, Environment and Rural Affairs paper on the ‘Methodology for Designating Local Landscape Policy Areas’ will be used by the Council to determine when and where to designate LLPAs. The special character of some other areas will also be recognised through protection of Conservation Areas and designations of Areas of Townscape Character (ATCs) and Areas of Village Character (AVCs). ATCs and AVCs will be identified by “taking into account their unique character particularly in relation to building frontages, rhythm of window and door openings, roof pitches and plot sizes”.