Having leapt forward following the naming of Derry as 2013 UK City of Culture, North West tourism has continued to grow. Having previously underperformed in the area, the challenge now is for Derry to reach the potential of a modern city.

Having recorded 164,802 overnight trips, 706,128 total nights spent on overnight trips and £26,654,278 expenditure on those trips, tourism in the Derry City and Strabane District Council (DCSDC) area skyrocketed in 2013, reaching respective corresponding figures of 254,121 trips, 932,153 nights and £46,305,147 expenditure. Following a brief dip in the following two years, which was still a vast improvement on the pre-2013 levels, tourism figures in the area have only grown since 2016.

The figures, particularly the inversion of holidaying and family/friend visitation figures, seem to suggest that other council areas are further ahead in the development of their tourism offers, but also reflects the migration of young people away from the North West to places with better economic activity. Derry is a rare city given that its population is projected to decrease and as such, higher than average levels of family visitation can be expected from those who have left their homes in search of opportunity.

Points of origin for those who do travel to the area are largely in line with the Northern Ireland averages. 45 per cent of visitors to the area come from Northern Ireland, this averages out at 43 per cent; 28 per cent are from Great Britain, slightly lower than the 30 per cent average. European and North American figures were largely similar to the average, 7 and 5 per cent respectively compared to averages of 8 per cent and 6 per cent. The other category, which includes visitors from the Republic of Ireland, was in line with the average at 14 per cent.

The North West’s potential for growth lies in the proximity of Derry City to natural attractions and the city’s own unique history; 56 per cent of visitors in 2018 said that they had visited Derry due to an interest in its history. The city is placed between the Wild Atlantic Way and the Causeway Coastal Route and sits on the River Foyle while being close to the Sperrin Mountains and loughs including Lough Swilly, meaning that there is plenty of space for growth in areas such as activity-based tourism, e.g. white water rafting, kayaking, nature walks and trails, angling and cycling.

The tourism sector currently accounts for 8.7 per cent of total employment in the Derry City and Strabane area, amounting to 4,685 jobs. DCSDC plans to add 1,000 jobs to that figure as part of their Tourism Strategy 2018-25, which also aims to double tourism spend in the area to £100 million per year by 2025. A Tourism Delivery Partnership has been established to oversee the plan’s implementation.

Two attractions within Northern Ireland’s top 10 visited tourist destinations are in Derry City: Derry’s Walls, which ranked number six, and the Guildhall, ranked at number eight. The city’s third most visited attractions is Cultúrlann Uí Chanáin, although one area of contention within Derry tourism is that nine of the city’s top 10 destinations are free of charge and there is a recognition that, unless visitors are visiting as part of an overnight stay, they may not be meaningfully contributing to the local tourism economy.

Five council districts recorded higher numbers of overall overnight stays in 2018, with Derry City and Strabane ranking similar to Mid and East Antrim. Four councils ranked ahead of the area in terms of overall trips, with Mid and East Antrim and Ards and North Down recording similar numbers to the North West. With four councils recording more tourism-related expenditure – Belfast, Causeway Coast and Glens, Fermanagh and Omagh, and Newry, Mourne and Down – there is room for growth in Northern Ireland’s second city and the surrounding areas. 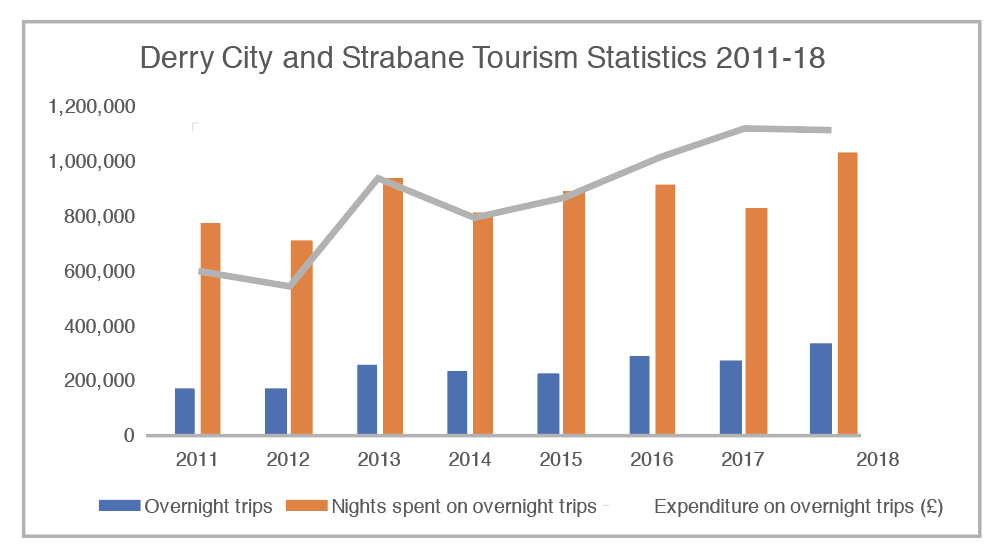 “The tourism sector currently accounts for 8.7 per cent of total employment in the Derry City and Strabane area, amounting to 4,685 jobs.”

Room occupancy rates for the council area were recorded at 68 per cent for hotels and 28 per cent for other commercial accommodation such as self-catering accommodation and B&Bs. Planned new hotel developments will add roughly 300 bedrooms to the city’s capacity, which has come under pressure during peak times, and the development of activity-based tourism could boost the numbers of the underperforming other commercial accommodation sector, which contains many rural based operations.

As with almost every area affecting Derry’s economy, accessibility remains the crux of the issue and the key to unlocking the area’s potential. Improvements to the A5 and A6 arterial routes leading to the city will improve things but questions will still remain about the city’s lack of a motorway and the dearth of rail links into Waterside Station.

The council-owned City of Derry Airport has long been beset by problems and another has come in the form of Loganair announcing the suspension of their Manchester to Derry route between January and May 2020. The tourism strategy gives no cost or timeframe but does include a commitment to “pursue expansion of air routes to Great Britain and Europe based on market segmentation with a view to increase passenger numbers and link more with regional airports”. In this, it includes City of Derry with Belfast City, Belfast International and Dublin airports.

Given its proximity to the natural wonders of the Wild Atlantic Way and the Causeway Coast, its own history and its closeness to pop cultural sites such as Game of Thrones and Star Wars filming locations, Derry City in particular and the North West as a whole, has the potential to play a much greater role as a tourism hub and launch pad for those venturing further. Great progress has been made since 2013, but to take the next step, the ease with which the North West is accessed will have to be improved. 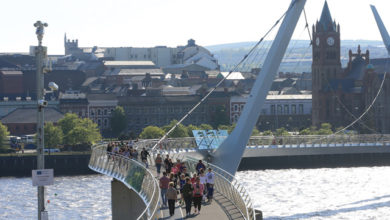 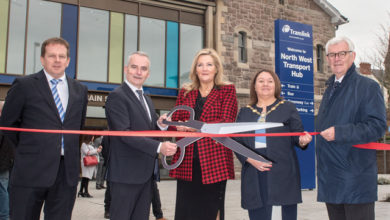 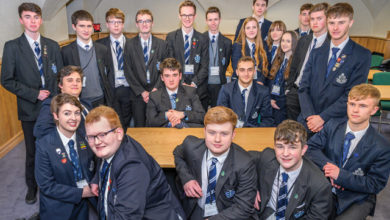 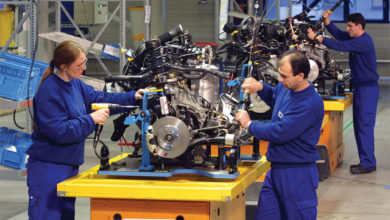