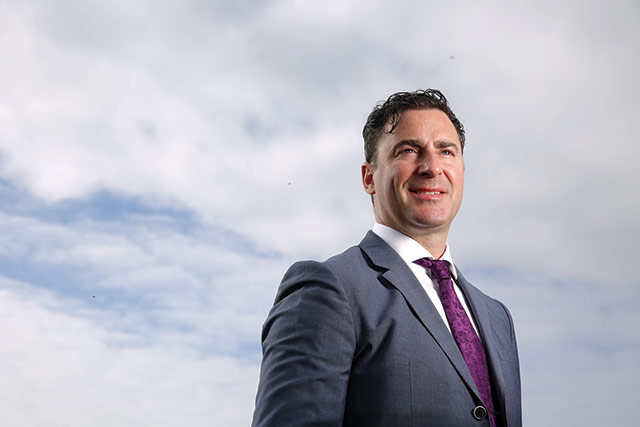 The CEO of Northern Irish Connections, Andrew Cowan explains how the not-for-profit public-private collaboration is ensuring Northern Ireland benefits economically from the success of its diaspora.

“We worked out that there were around 10 million first and second generation emigrants from Northern Ireland, and about 20 million in total when you add the third generation to that,” says Cowan. “We have made connections with people living in over 50 countries but our four core markets are Australia, where 500,000 emigrants live, Great Britain (1.6 million), Canada (2.5 million) and the USA (6 million). We are now connected with more than 10,000 people through our global network, allowing us to build relationships with them and keep them abreast of all the good news from home.”

The long-term aspiration of Northern Irish Connections is to boost economic development in the areas of education, innovation, investment and tourism in Northern Ireland. Cowan is already beginning to see success in this regard. International students who choose to study in Belfast have an economic value of £50,000 per year and last year Northern Irish Connections secured the arrival of seven international students every year for the next seven years. Just last month, Northern Irish Connections hosted internationally renowned television chef, Chef Wan, as he filmed two episodes of his travel and cookery series here, placing local food producers and tourist destinations on a global platform. Opportunities for new foreign direct investments, export markets, and business and sporting events are in development through this growing diaspora network.

“We highlight interesting things the diaspora may not have known are happening at home, specifically in the areas of education, investment, innovation and tourism,” states Cowan. “Some people locally may not have heard of NI Connections as our communications and marketing strategies are entirely aimed at those living abroad.”

Cowan has been responsible for introducing developers to the city who are interested in expanding and developing projects across Belfast, but is aware that such investment will take time and effort to secure. 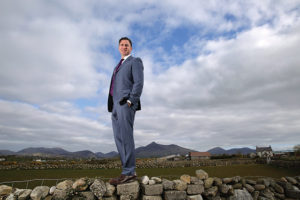 To date, Northern Irish Connections has held 35 events in 25 cities across four continents. On average it manages to attract 200 people to each event aimed at celebrating links to Northern Ireland. Cowan created special ‘SOS boxes’ as part of his support for the Year of Food & Drink 2016 containing items from home which one might miss while living abroad including Tatyo crisps and soda bread. “I bring these boxes out to our events,” says Cowan. “It is not just for fun it is also about reconnecting with people and reminding them of what they are missing. Northern Irish Connections has done a lot of work internationally and we are able to achieve good database growth off the back of these events.

“The last few years has been about establishing ourselves and letting people know we want to embrace the expertise they have. You can’t pick the fruit until the seeds are sown. A huge asset is our people and as we know, due to many reasons including the famine and the Troubles, people have scattered around the globe but their affinity to home remains within their hearts and minds so it is about reconnecting with those people who have a passion for home. We’re not asking them to move home, we are looking to embrace them as our people and hopefully benefit and share in their success.” One of the best ways Cowan has found to connect with the diaspora is to tap into the ‘Sunday phone call’ effect.

Almost all first generation diaspora have regular contact with their parents who remain in Northern Ireland and as such, those who have travelled and found success abroad will often return home for Christmas or other special occasions. “People love to connect with their loved ones back home. This is really beneficial for us and is why we target our events in Northern Ireland around holidays when the diaspora are visiting,” states Cowan.

Taking a hands-on approach Cowan has also connected with some of Northern Ireland’s diaspora on a personal basis including the CEO of Moet Hennessy US, Jim Clerkin who is originally from Rostrevor and the entrepreneur and investor Mark Goldstone who is now linked with the Northern Ireland Science Park. Cowan is also responsible for reconnecting former Campbell College and Queen’s University Belfast student, Tom Clyne with Northern Ireland. Thanks to Cowan’s effort Clyne, who is now the Director of the Western International School of Shanghai sent one of his teachers to Campbell College, at his own expense, to teach the school’s pupils Mandarin for six months. 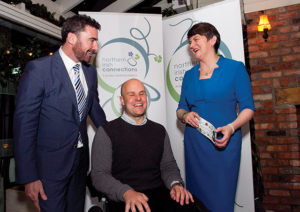 The range of opportunities that Cowan has attracted so far has led to a range of diverse outputs that have benefited many in Northern Ireland and Cowan is adamant that what we are seeing now is only the beginning. “These opportunities are just a flavour of what is to come if true engagement happens in a more co-ordinated manner. Harnessing the economic potential of the diaspora equals jobs for local residents and that is a fact,” states Cowan. “If we target these people and get them to buy one of the products necessary for their business from Northern Ireland or make them appreciate that Northern Ireland is a gateway to Europe then we really start to benefit from their experience and economic prowess. Small things can make a big difference and it is possible, but it needs to be done the right way.”

Recognising the need for strategic implementation, Cowan states that Northern Irish Connections is now ready for a ‘step change’ and the adoption of a more formal approach. “Many people from Northern Ireland leave for several years and then come home. I was one of them so I would never say leaving is a bad thing,” Cowan admits. There are many nations around the world attempting to attract the attentions of their diaspora and one of the most important aspects is government support. Not just in terms of finance but also in support from government officials. “The programme needs to be anchored in a policy or strategy that is globally focused,” says Cowan. “A more concerted effort is needed around that from a policy and action plan perspective. The action plan could really reap rewards and is something new for Northern Ireland’s policy makers to focus on.”

A diaspora strategy is an explicit and systematic policy initiative or series of policy initiatives aimed at developing and managing relationships between homelands and diasporic populations. These initiatives can vary from highly formalised and structured programs to projects that are quite light in conception and application. The National Institute for Regional Spatial Analysis at Maynooth University explains that a diaspora strategy is best thought of as an overarching framework that provides a level of coherence to the range of diaspora policies devised and implemented by a variety of agencies. It has also developed a ten point plan to help with the development of a formal strategy.

Cowan notes that the Republic of Ireland has rightly been applauded for successfully recognising the benefits of tapping into their diaspora a long time ago and expresses his desire to see Northern Ireland’s policy makers develop a diaspora strategy that could have a similar impact on Northern Ireland’s economic prosperity and global reputation.

“We have received strong backing from representatives of some leading organisations from Northern Ireland, and our sponsors have been particularly supportive. The next step is to have that support become more formalised,” states Cowan. “To move us on to the next phase, the broad, ambitious plans and ideas that have been discussed need to be allotted the resources needed to become reality.”

Reflecting on his immediate aspirations, Cowan reveals he is planning a series of events in conjunction with the Northern Irish Connections Friendship Four ice hockey tournament, which is to be held in November. As part of the partnership he plans to include a diaspora-focused reception that he hopes will be hosted by the First and deputy First Ministers. “It will say to the diaspora, we are taking you seriously, we recognise the interest you have shown in Northern Ireland, and we want you to be part of our future successes,” he concludes.

Andrew grew up and was educated in Newry. During his holidays from University each summer he enjoyed the challenging work on fishing trawlers out of Kilkeel Harbour. He credits this experience with giving him the best business grounding he could have hoped for. “I was in a boat with four other guys learning and developing life skills such as task and time management, tight disciplines, conflict bargaining, negotiation, sales and marketing, and teamwork – all of which I loved.”

After graduating in HR Management, Andrew pursued further study in Marketing and worked in the Food & Drinks sector with blue chip companies including Pernod Ricard, Britvic, Coca-Cola and The Kerry Group. In 2013 he was Marketing Director of The Gathering, a diaspora initiative which was incredibly successful.

Outside of work Andrew enjoys diving both at home and abroad, photography, films and cooking. He is married to Michelle and they have three little girls, with the recent addition of a springer spaniel puppy ensuring the family’s weekends are extremely active.