With the demand to grow food production ever further, Northern Ireland agriculture is under increasing pressure to hit challenging productivity targets while reducing the time allowed for soils to replenish and recover. 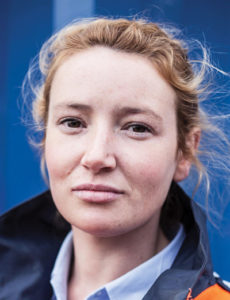 Soil is a vital and often neglected element of our climate system. It’s the second largest store of carbon after the oceans, storing three times the amount of carbon found in the atmosphere. Due to rising temperatures, changing weather patterns and overuse of synthetic fertilisers, soils are suffering and will continue to degrade if appropriate measures are not taken to protect and nourish them for the long-term.

Natural World Products (NWP) has been talking about the impact of intensive farming practices on soil quality in Northern Ireland and how organic compost is a key tool in the fight against climate change for a number of years. In truth, it’s only in recent months that we’re now finding more and more people in positions of influence are starting to listen.

Thankfully, however, organic compost produced from garden and food waste collections across Northern Ireland has been a welcome weapon in the battle for better soil health for hundreds of our agri-customers.

Organic compost is packed with microorganisms that are an important part of a healthy soils eco-system, rich in plant available nutrients and with an alkaline pH vital to the high carbon exchange rate that represents a plant’s ability to absorb nutrients whilst counteracting the damage of high acidity chemical fertilisers. As well as the obvious environmental benefits, the resultant reduction in the requirement for farmers to add lime and other chemicals to soils helps local farming businesses make significant financial savings also.

Stable organic matter in the soil (humus) is set to play a major role in the fight against the climate emergency. A single tonne of organic compost applied to soil equates to around 375kg of CO2 kept out of the atmosphere, with this figure rising to almost 900kg of CO2 saved where compost is a substitute for peat.

Carbon contained within the organic materials NWP recycles is locked up in the soil instead of being released into the atmosphere, as it would otherwise be if this material was burned, anaerobically digested or landfilled. Increasing organic matter in soil by just 1 per cent can increase its water retention capacity by 25,000 litres per acre, meaning a reduced risk of pollution in water courses, crops surviving through drought conditions and soils retaining nutrients instead of these being washed away into rivers and streams.

For far too long the importance of organic matter in our soils has been a poorly understood and ignored topic and we cannot continue to strip important nutrients from our soils and somehow expect them to remain alive, vibrant and productive. Taking a more sustainable, long-term approach to soil management is crucial and utilising organic compost through extended feeding patterns as a means of assisting nature in its regeneration of the nutrients that are vital to survival is actually little more than common-sense.

Historically, the preferred method of farming locally has been a conventional approach, heavily dependent on chemicals and pesticides, which are non-renewable and made from fossilised resources. In recent years, however, many farmers have been experiencing negative changes within their soils, with reduced yields and declining earthworm populations commonplace. Poor soil structure, compaction and workability issues all lead to underperformance and reduced productivity.

NWP is working successfully with farmers throughout Northern Ireland to educate and support them in understanding why this is happening and, more importantly, to help them implement positive corrective action. As responsible caretakers of the land, our farmers want to leave soils in better condition than they found them and many are now taking action through the use of more sustainable biological farming methods. Essentially, this means feeding the soil biology, minimising soil disturbance, reducing synthetic inputs and farming through a system of diversity to support carbon sequestration. The primary reason for degradation in soil quality in Northern Ireland is a critical loss in organic matter. Accordingly, the focus needs to be on returning this body and energy source to our soils – concentrate on feeding the soils and not just the plants.

Sam Long is a cereal farmer from County Down who had experienced a drop in yields through underperforming soils. NWP began working with Sam two years ago with the aim of significantly improving soil biology.

“We have seen primary nutrient levels rise from indexes of ones and twos to threes and fours, not to mention the increase in levels of organic matter. Prior to applying organic compost, soil testing showed levels in the range of 5 to 8 per cent, but now we are seeing levels of up to 13.5 per cent,” says Long.

“We have reduced fertiliser usage with significant financial savings for the business and we have now added cover cropping to our rotation. In addition to a lack of heavy cultivation, this means minimum disturbance of the surface area with compost application helping to aid the formation of a seed bed and planting. Soils are not exposed over winter months reducing the risk of erosion. Decaying plants and roots feed and introduce soil borne fungus and bacteria that naturally increase organic matter content. In terms of the protection impact of organic composts, the results speak for themselves.”

James Kerr farms at Lawrencetown in County Down. He explains: “Over the last few years we have worked at improving our soils using organic compost. Last year we implemented a minimum tillage, not disturbing the soil to improve aggregation and texture. Our part of the world is prone to sandy soils that lack structure but since working in partnership with NWP around the application of organic compost, we have seen a vast improvement in the number of worm casts in the fields, which is always a very healthy sign. I have used a headland management system this year too and through planting meadow mixes and wild bird cover we have created a wild habitat in the areas of the farm that are not suitable for crop production.”

It’s not only farmers looking at more progressive and sustainable ways of managing soils. Horticulturists are going back to basics as well, with many moving towards the ‘no dig’ method of planting. This operates exactly like it sounds and involves building beds above the soil by applying thick layers of rich compost. This provides the perfect medium for planting and is a highly productive method of growing everything from organic vegetables to flowers and herbs.

Pure Organics in Helen’s Bay has been employing this method for the past three seasons. They supply into leading restaurants in the Greater Belfast area, including the Michelin starred Ox. Barry Connolly has pioneered community supported agriculture veg boxes as an alternative to a traditional food shopping system. Instead of going to the supermarket customers commit to taking a share of the harvest for the season. It brings people closer to their food and farmer while the farmer has a reliable market for the hard work and effort put in to growing. Customers receive seasonal and fresh local organic vegetables all whilst supporting our local economy and reducing food miles.

NWP believes that farmers and growers in Northern Ireland need to be supported through policy initiatives focussed on improving soil health if we are to sustain our largest local industry for the long-term. Government must realise that farming is now seriously vulnerable to climate impacts and has to play its part in helping to address these risks. Composting food and garden waste produces a vital resource that works towards mitigating climate change, regenerating soil health and carbon cycles, empowering farmers and creating greater local food security.

Planning for the future: consulting with the Geological Survey of Northern Ireland