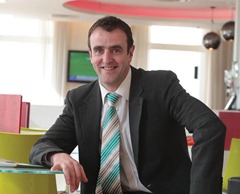 The environment is very much a new brief for Mark H Durkan, who has traditionally focused on constituency issues such as health and welfare. Peter Cheney profiles the new Minister and reviews his political career to date.

Often confused with his older namesake, Mark Henry Durkan has become the Executive’s youngest Minister at the age of 35. The Foyle MLA was elected to Stormont in 2011 and his main policy interests have so far covered health and social security. His focus on delivering on the ground in the constituency is likely to have a strong influence on his role as Minister.

He was the party’s health spokesman from May 2011 to April 2012 and was then social development spokesman (mainly focusing on welfare reform) until his appointment to the Executive.

Durkan hails from Derry’s Glen Road and was a councillor for the Northland area between 2005 and 2011. Married to Anne, a former SDLP press officer, he has a nine-year old son and is a keen GAA and soccer fan (Derry City and Everton) as well as being a regular runner.

In his maiden speech, Durkan noted that cross-border collaboration can make savings in the Executive’s Budget. He congratulated Health Minister Edwin Poots on approving the radiotherapy unit at Altnagelvin Area Hospital and proposed a specialist all-island clinical team for rare medical conditions.

“I spoke about departments and governments working together, but it is vital that we in the chamber also work together,” he added. “We have to get away from the culture of Minister-bashing and do our best to get a positive message out to the public. However, although the message has to be positive, it must also be real. We cannot carry on with the smoke and mirrors. Good and honest communication is the key to our getting through this.”

Similarly to fellow new Minister Simon Hamilton, Mark Durkan is a former accountant and also one of a new generation within his party. A year separates them in age but Durkan came to elected politics later in his career and is seen as less ruthless than the younger members of the DUP.

Community politics has been his driving interest over and he took his term on office “extremely seriously,” one SDLP member told agendaNi. The Foyle MLA enjoys canvassing and getting out and about in the constituency which is still very much an SDLP heartland several years after John Hume stepped down.

Derry Sinn Féin councillor Patricia Logue says that she “always found Mark to be approachable regarding council issues” and he seemed to be a “very pro-active, hard-working councillor.” She expected that he would “endeavour to do his best and carry on as he has before” as Minister and wished him well in his new position.

During the pseudomonas outbreak in early 2012, Durkan tactfully thanked Health Minister Edwin Poots for his support for bereaved families but also robustly demanded a public inquiry. The Minister did commission an expert-led review of the cases and accepted its recommendations later that year.

Durkan has rarely spoken on the environment but Alasdair McDonnell has been impressed with his eye for detail when scrutinising the Welfare Reform Bill. In line with his party, he has described the legislation as “draconian” and sought to amend it in committee stage.

“Are we not legislators?” he asked during an Assembly debate on the Bill. “I am sure that every member in the House has at some stage been asked by a constituent or by a visiting school why we got into politics, and I am sure that most, if not all, of us have, at some stage, given the hackneyed answer of: ‘To make a difference.’ Well, let us make a difference or let us at least try.” 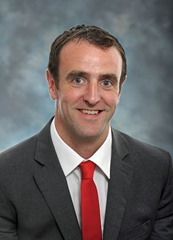 In his first statement as Minister, Durkan continued Alex Attwood’s theme by pointing out that the portfolio was environmental and economic. He intended to continue where Attwood left off and set out the following priorities:

• making planning decisions and clearing the backlog of applications;

• reducing the volume of waste going to landfill; and

• pursuing those involved in illegal dumping.

Durkan’s appointment to the Executive also puts him around the same table as Nelson McCausland just weeks after he demanded an inquiry into McCausland’s handling of the Red Sky case.

“There are many questions around the Minister’s conduct and question marks over his future,” he told the House on 8 July. “Those questions need to be answered. The SDLP demands it, the House demands it and the public demand it.” In addition, Durkan called for a “full and thorough police investigation” into allegations of criminality made in the BBC’s Spotlight investigation, which are denied by the DUP.

Party sources are keen dismiss any idea of a ‘Durkan dynasty’ in the north west. According to a well-placed SDLP member, the forthright statements he has made since taking office (on hydraulic fracturing and road safety) are signs that he wants to be known as “his own man” during his time in office.