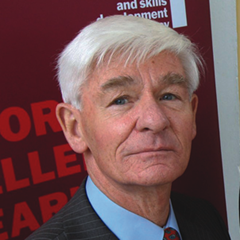 After 42 years as a teacher and researcher, Coffield is concerned that teaching initiatives created by government policy makers are damaging the prospects of students at all ages.

The Scottish professor is among a number of educationalists who have signed a letter sent to The Times education supplement calling for an end to government “micromanagement” of classrooms. They want an Education Bill stipulating that Parliament will fund national education in England while schools and colleges shape the teaching methods used.

Coffield is concerned by the increase in government intervention in teaching since 1991 when the then Education Secretary, Kenneth Clarke, said that government had no business telling teachers how to teach.

“[Politicians] have the democratic right to say what should be taught but they should not be involved in how things are taught; that surely is our professional prerogative,” Coffield contends.

An example of a teaching method gone wrong, according to Coffield is the use of synthetic phonics, whereby children are taught to combine letters to read new words, rather than recognising words on sight.

He says this initiative was based on a flawed report by researchers at the University of St Andrews on eight primary schools in Clackmannanshire, Scotland, which the researchers themselves recognised as having faults.

Coffield’s concern is that in five years’ time, at the end of another election cycle, the further education sector will have created “exam factories.”

Teachers are being pushed by government for qualifications and are forcing children and students to learn in a way where they are only interested in qualifications, he suggests.

While responsibility for education and skills is devolved in Northern Ireland, the Education Minister here promotes the same skills agenda as is promoted in England, according to Coffield.

Commenting on Reg Empey’s reference to ‘Northern Ireland plc’, Coffield asks: “Why is the whole country reduced to the notion of a public limited company? It’s as if the industrial model is the only one in which we can think. It’s always industrialists and government officials who use it and I find the phrase offensive.”

In response, a spokesman from the Department of Employment and Learning said: “Northern Ireland has a great number of skilled people and lifting standards of training and performance while promoting world class skills to sustain skilled industries is now, more than ever, crucial to the future success of our economy.”

For teachers to regain control of teaching, Coffield recommends that post-16 institutions establish local or regional centres of research into teaching and learning and use “collaborative learning based on dialogue”.

In addition, a definition of education is essential so that teachers can control, examine and improve their practice.

“A profession needs theories. We couldn’t have doctors without theories,” Coffield states.

“It would be better if it was explicit, part of their training and their continual professional development.”

An example of best practice in teaching, according to Coffield, is detached youth workers.

“Their practice seems to bring them back and re-insert them into some form of training and learning. Those are the skills a lot of teachers could have,” he proposes.

In conclusion, Coffield advises further education colleges to create ‘communities of discovery’, where “learning becomes the central organising principle of the system, of the sector and of the institute.”