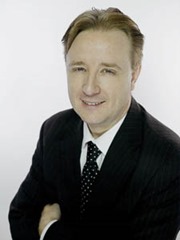 Carson McDowell Partner Gary McGhee considers how councils’ interests may compete with the regional interest when powers are transferred. Planning will be open to more public and legal scrutiny.

On 1 April next year, the overwhelming majority of planning powers will transfer from central government to local councils. For some, it will be a welcome return of planning powers to decision-makers who are accountable and more in touch with the needs of local communities, but for others the transfer is premature and could lead to inconsistent policies and a raft of legal challenges tantamount to a lawyer’s paradise.

What is certain is that the transfer represents the biggest development in planning in Northern Ireland in decades. The power to determine all but a handful of applications will be vested in the new eleven ‘super’ councils. However, with such powers come considerable responsibilities. These include responsibility for taking enforcement action, for defending and, in some cases, instigating judicial reviews of planning decisions and for the preparation of area plans.

The transfer of plan-making powers will be an area of particular interest as each council will gain such powers whilst simultaneously being in competition with each other to attract investment, jobs, retailers etc. The implications of this are potentially profound as until now, the preparation of plans by central government ensured that regional policies were properly taken into account in the preparation of each plan in the best interests of Northern Ireland as a whole.

Will each of the new councils act in a similar manner or feel unable to resist the temptation to instead elevate interests which are more parochial in nature above regional interests? The thorny issue of Sprucefield will inevitably provide an early test. Will the Lisburn and Castlereagh council prepare a plan which specifically zones land for retail development selling ‘non-bulky’ goods at Sprucefield? If so, will central government intervene and will other councils, developers or town centre based retailers seek to challenge any failure by central government to do so?

Alongside the transfer of planning powers is the introduction of a Strategic Planning Policy Statement (SPPS). This document aims to consolidate 20 separate pieces of planning policy into a single statement; reducing 800 pages of policy to less than 100. A noble aspiration – except when one considers that the 20 separate policy documents have been built up over some 16 years.

Their contents have been carefully drafted and redrafted over this time and have been scrutinised, interpreted and tested by the independent Planning Appeals Commission and in many cases the courts. Most of that work is set to be discarded over the next few years in pursuit of a regional policy of less than 100 pages. A document of such brevity can inevitably only address regional policy at a macro level and set only loose regional policy parameters against which the compliance of future plans will fall to be measured.

To compound matters, the current draft of the SPPS merely requires councils “to take account of” regional policy rather than requiring compliance or conformity with same. Unless this is addressed in the coming months, it will be a recipe for plan policies which are inconsistent with regional policies and inconsistent with those in other council-prepared plans.

Elsewhere in these islands, a body of case law on the subjects of bias and apparent bias in decision-making has developed over the course of the last 50 years with a large number of the judgments relating to council-made planning decisions. However, these ‘councillor judicial reviews’ (as they have come to be known) remain relatively few in number and there is nothing to suggest that they will occur in large number here and certainly not at a level amounting to a ‘lawyer’s paradise’.