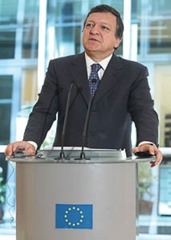 Seven years on from the launch of the Barroso task force, the European Commission has reviewed its success in a new report: Northern Ireland in Europe. José Manuel Barroso has just stepped down as President of the Commission.

The province’s uptake of R&D funding was particularly praised in the report, which was launched by Walter Deffaa, the Commission’s Director-General for Regional Policy, and Head of the Northern Ireland Civil Service Malcolm McKibbin. Deffaa hoped that the task force would continue under the new Commission and remarked: “Nothing would give me greater pleasure than to see Northern Ireland as a best practice example of the new programmes – perhaps inspired by what Rory McIlroy is for world golf.”

He hoped to see the region continuing to strive for a leading position across European policy areas.