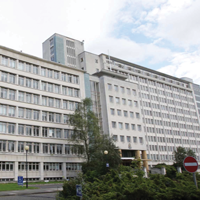 The pros and cons of the Department of Agriculture and Rural Development’s relocation from Dundonald House.

The decision to move the headquarters of the Department of Agriculture and Rural Development (DARD) to Ballykelly has been broadly welcomed but staff living in greater Belfast are likely to face disruption as the final details are worked out.

Construction work will start in spring or summer 2013 and staff are due to move in during 2015.  £13 million has been set aside for the project.

Agriculture Minister Michelle O’Neill opted for the Shackleton Barracks site, which had been vacated by the army in March 2008.  The site had initially been an RAF aerodrome, from 1941 onwards, but was handed over to the army in June 1972. The barracks closed in March 2008 the site was gifted to the Executive under the Hillsborough Agreement (February 2010)

Around 800 staff currently work at DARD’s headquarters.  East Londonderry politicians had pressed for more jobs in the area, after the closure of Seagate’s Limavady plant in 2007 and before the forthcoming closure of Magilligan Prison in 2018.

Michelle O’Neill stated: “The relocation will also help to share wealth across the wider economy and contribute to better-balanced economic growth, by starting to address disparities in the distribution of public sector jobs in the north of Ireland.”

In the last Census of Employment (2009), 52 per cent of public sector jobs were based in Belfast and the neighbouring districts, compared to 9 per cent in the north west.
The Minister said that the movement of staff would take into account the needs of individuals “although this may not always be possible.”  Staff would not be moved against their will.

While the move would indirectly benefit the local private sector, it focuses on retaining public sector jobs rather than rebalancing the economy away from public sector dependence.  The number of DARD employees has fallen from 4,117 in March 2007 to 3,827 staff in March this year, and further cuts are likely in coming years as the block grant decreases.

The CBI’s Time for Action report in 2010 called for more outsourcing to private and voluntary sector providers, including some whole end-to-end services.  External specialist staff, the CBI said, can deliver better value for money than in-house generalists.

Speaking to agendaNi last year, Michelle O’Neill said: “This is about setting a way in terms of bringing high quality public sector jobs into the rural community and the knock-on effect will be significant for any local economy.”