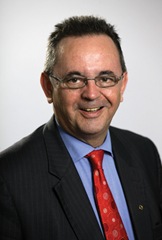 Legislation has gone to the Assembly but views are divided over the best approach.

Proposals intended to improve support for people with autism have been put to the Assembly but opinions on the legislation are still very much split.

Dominic Bradley has put forward a private member’s Bill at Stormont that would require the Executive to take the lead in co-ordinating services for children and adults with autism spectrum disorders (ASDs).

He noted that the Bill is designed to tackle problems with “a lack of strategic planning and joined-up working between the relevant bodies”. If passed, the Bill would make autism a disability, meaning benefits would be available for those who currently miss out. It would also mean that a new strategy on autism would be published within two years.

Bradley claimed that while the Bill doesn’t intend to elevate autism above any other disorder or disability, it “will help by correcting the current omission of ASD from disability legislation”.

At present the Department of Health, Social Services and Public Safety (DHSSPS) bases its work on an autism action plan where parents, carers and users work together with health trusts.

He commented that it does not consider individual cases and ASD should not be generalised: “It has to deal with specific needs of individuals and simply cannot be legislated for across 12 or 13 departments.”

Maginnis said a strategy cannot be referred to as some “magic formula”. Instead it should recognise individual identity and specialised pathways.

Asked what the way forward is, Maginnis commented: “To create, as we’re doing now, an awareness that, first of all integrates as far as possible, supports all involved in accommodating actions to alleviate and develops outreach programmes by agreement and consensus.” 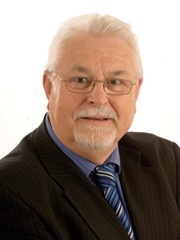 However, Autism NI which has been lobbying for the Bill, argued that “sometimes targeted legislation is needed to get things done”.

A spokeswoman for the organisation said that the Disability Discrimination Act needs to be amended to include ASD as “only a small minority of people with ASD will be able to cope without lifelong support and services.” The charity thinks the current strategy is too limited and sees legislation as the only way of ensuring cross-department strategy.

DHSSPS figures reveal that 291 children in Northern Ireland who are waiting to be called for autism diagnosis have been waiting longer than the official 13-week target. When asked if money which will be spent on implementing the Bill would be better spent on tackling the waiting list, Autism NI’s spokeswoman said money will actually be saved as there will be fewer costly appeals and reviews by parents.

She added: “The current development strategies are costly with administration, bureaucracy and duplication taking up funding that could be used for front-line services.”

There is an Autism Act in England, while the Welsh Assembly Government Action Plan for ASD is being implemented. Scotland has also recently decided in favour of a cross-department ASD strategy