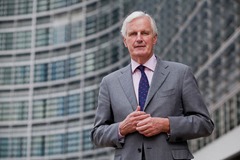 On 17 December last, the European Union under the Lithuanian Presidency signed off on a set of proposals aimed at improving arrangements for improving and assuring audit quality across member states. However, the preliminary agreement (which has still to be ratified by the European Parliament and individual member states) represented a considerable watering-down of the original proposals put forward in 2011 by Internal Market Commissioner Michel Barnier.

Originally, Barnier had set out to address two basic problems. Firstly, the fact that the professional auditors of important institutions, particularly large banks, had failed to recognise the financial vulnerability of their clients in the run-up to the financial crash. Barnier attributed some of this to the cosy relationships which had built up over time, and the concern that many of the big audit firms were compromised by selling a wide range of other lucrative services such as tax and management consultancy to those same audit clients.

The second problem was a perceived lack of competition generally in the market for audit services provided to large banks and multi-national institutions. This market tended to be dominated by the ‘big four’ audit firms EY, KPMG, PwC and Deloitte. In the UK for example, some 90 per cent of the FTSE 350 companies were audited by ‘big four’ firms. Also, the large corporates, including banks, rarely re-tendered for audit services or indeed changed their auditors for any other reason.

Cheered on by some of the mid-ranking audit firms, who felt closed out of the large audit market, Barnier had proposed that major undertakings should be required to not just re-tender but change their auditors at least every six years. He also sought to separate completely the audit business of the large professional accountancy firms from their other consultancy businesses and offerings.

Not surprisingly, Barnier’s proposals caused consternation among the larger accountancy houses and stirred opposition from the corporate sector. There was, however, acceptance across Europe that visible reform was necessary if only to restore some measure of confidence in the auditing of banks and other institutions after some spectacular failures.

The proposals that have now been agreed include the requirement that audit services must be re-tendered every ten years although the same auditors could, if successful, be re-appointed for a further ten years. After a maximum of 20 years (or 24 years in the case of joint auditors) the auditors would have to be changed: a substantial step backwards from the compulsory change every six years.

In relation to provision of other services, Barnier’s favoured option of separation was abandoned, and replaced by the stipulation that other consultancy services would be capped at 70 per cent of fee income.

Member states also signed up for the creation of a new Europe-wide monitoring body which would provide supervision of the new arrangements in operation. The new agreed arrangements have not found favour in every quarter. Accountancy practitioners outside the ‘big four’ have been critical of the compromise, notably Grant Thornton in Ireland.

However, Barnier, a hugely experienced and accomplished figure in Europe, welcomed the agreement and characterised it as “a first step towards increasing audit quality and re-establishing investor confidence in financial information – an essential ingredient for investment and economic growth in Europe”.