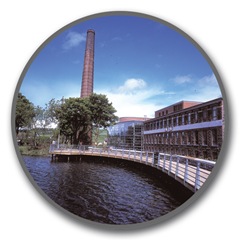 The most predictable thing about South Antrim is its ability to change hands, as it has done at every Westminster election since 2000. That year saw Willie McCrea, formerly MP for Mid-Ulster, top the poll in the by-election caused by Clifford Forsyth’s death. Such a victory was short-lived with David Burnside ousting McCrea in 2001 and the DUP contender reclaiming it four years later.

McCrea enjoys a high profile given his long political career and stint as Stormont’s Agriculture Committee Chairman. However, his majority was the smallest gap between a DUP MP and UUP candidate. Adrian Cochrane-Watson was initially the UUP nominee but Sir Reg Empey was the New Force’s final choice.

Both main unionist parties saw their poll drop in 2007 – the DUP to 13,165 and the UUP down significantly at 7,825. There is clearly some distance to make up and the TUV’s Mel Lucas has entered the fray; he polled 2,840 votes for the DUP as an Assembly candidate and has started a highly personal anti-McCrea campaign. With UKUP votes added to Lucas, the potential hard-line support base rises to over 3,700.

Sinn Féin polled 6,313 first preferences in 2007, coming third. This major rise from 2005 could be accounted by a high profile new candidate, in Mitchel McLaughlin, who stands again, and support for the PSNI. Likewise, Alliance was boosted to 5,007 for David Ford; Alan Lawther is now running. The SDLP saw a steady decline, down to 4,247; Michelle Byrne is its candidate.

Some mainly unionist Newtownabbey and Ballymena wards are transferring from North Antrim, while Glenavy’s addition, from Lagan Valley, will bring in more nationalist voters.