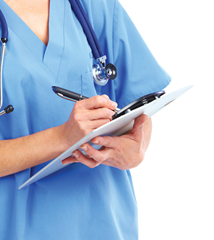 Cancer patients and politicians have roundly welcomed Edwin Poots’ decision to push forward plans to build a £56 million radiotherapy unit in Derry, meaning people in the North West will no longer have to make a 200-mile trip for treatment.

Making a u-turn on the decision to build Altnagelvin’s treatment centre was Edwin Poots’ “first priority” and within hours of being appointed as Minister he met with cancer patients at Stormont.

He then spent his first week in office meeting patients and medical staff at both Altnagelvin and at the cancer centre in Belfast before giving the unit the go- ahead.

In March, the then UUP Health Minister Michael McGimpsey said plans for the treatment centre would have to be shelved.

The party maintains that its Minister faced three problems, which resulted in the deferral:

• the business case being held up by DFP;

• insufficient funding to run the unit.

“If the new Health Minister has identified funding with which to both build and operate the radiotherapy unit then that is indeed good news,” MLA Basil McCrea remarked, “but there will be some concerns as to where exactly the money is coming from and whether or not that is likely to create hardship elsewhere with regard to closures of cutting services.”

The McKinsey report, a consultancy document commissioned by the Health and Social Care Board, suggests that savings can be made within the Health Service by reducing, charging for and consolidating services. The report suggests that required funding for 2014-2015 could be reduced by £600 million.

Answering Assembly members at Stormont, Poots said cancer is “not something about which we can be complacent.” In 2009-2010, there were 56,286 people in Northern Ireland living with diagnosed cancers or other tumours.

The Minister said that the Irish Government will “fully fund” its €19 million share of the project and reassured members that “the establishment of this facility will not have, and never would have had, a detrimental impact on any other health service.”

He confirmed that money is available for both building the centre and dealing with the running costs: “I have now thoroughly reviewed all the relevant information and I have decided to make the necessary funding − both current and capital − available. This amounts to £56 million being made available to build the unit and an estimated additional £9 million being made available over current service provision for running costs.” The start-up costs for the project, in advance of opening the facility, will amount to £14.5 million including the costs of training. However, Poots said there are also plans to identify a further £30 million in savings on generic drugs in general.

While Poots recognises there are pressures on the Health Service, he said: “We have to make best use of the resources that we have”.

When asked by Alliance MLA Kieran McCarthy whether other cross-border health initiatives will be implemented to make savings, the Minister said he would be “prepared to look at all of them” if they will provide a better Health Service at a reduced cost.

He added that getting the facility ready as soon as possible is “critical” as the cancer centre in Belfast City Hospital is expected to reach capacity by 2015: “It is anticipated that construction of the new centre will be completed by 2015 and the facility will be available in early 2016.”