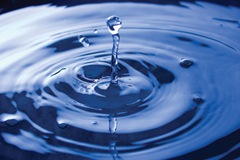 Political opponents rounded on Alliance for considering water charges but the party says this could pump an extra £200 million into public services. The suggestion is contained in a frank assessment of Northern Ireland’s finances up to 2015, entitled ‘Shared Solutions’.

Almost 10,000 words fill up its 29 pages. The Coalition Government is responsible for “steeper falls in public spending than were arguably necessary”. No mention is made of the Liberal Democrats but an Alliance spokesman explained that his party had no direct link with them.

Alliance also calls for a Programme for Government before, not after a budget.

“Efficiency savings in their purest sense should refer to productivity gain,” it states. Each public service must be assessed against whether it should be provided by government, its contribution to core government priorities and its effectiveness.

Northern Ireland’s departments must benchmark their performance against neighbouring jurisdictions. Early intervention in health, justice and social care is not an “optional extra” but can solve problems and save money. It costs around £100,000 to keep a child in state care but under £2,000 to intervene in a family support programme.

Voluntary and community groups should not be seen as an “easy target” for spending cuts. Indeed, those partnerships are affirmed and working with the private sector can also bring benefits.

Five sources of savings are identified.

Twenty-three recommendations aim to cut the costs of division, including integrated teacher training, strongly promoting mixed housing, and educating 20 per cent of children in integrated schools by 2020.

Any cross-border or all-island services must be considered on merit. Moving out of UK financial arrangements “would not make any financial or economic sense at present” but areas for co-operation include standardising regulations, infrastructure development and health services.

Reform at Stormont would result in 75 MLAs (estimated £3.8 million saving) and eight departments (£10-20 million). “Excessive layers of bureaucracy and administration” must be reduced across all levels.

Full ring-fencing for health is ruled out as this would hit other departments and Alliance claims further efficiencies can be made. Examples include encouraging people to see their doctor rather than attending A&E, focusing on improving public health, and better use of technology to keep people at home. More spending on mental health is required.

Every 1 per cent increase in public sector pay costs an extra £50 million per annum but those wages have a multiplier effect on the private sector. A pragmatic agreement between ministers and trade unions is seen as the best way forward. Some compulsory redundancies may occur. In addition, cutting sick leave could save £45 million per annum.

Similarly to the DUP, Alliance advocates a regional rate rise, linked to inflation; which could raise £10-15 million. The party still opposes capping rates for households valued over £400,000. Water charges would be “progressive” i.e. linked to ability to pay. Alliance agrees with Sinn Féin that many EU funds remain untapped.

Other measures include asset sales, considering the mutualisation of Northern Ireland Water, and considering congestion charges, but not abolishing free prescriptions and free travel.

This budget period is also seen as a chance to rebuild the economy. If all departments cut current spending by 10 per cent, over £100 million could be transferred to capital funds each year.

Alliance’s preferred corporation tax rate is 12.5 per cent, in line with the Republic, but it accepts that lost income (around £200 million) would have to be recouped locally until inward investment picks up.

“Our assessments are realistic, and we have been honest regarding the tough decisions ahead,” said finance spokesman Stephen Farry, who warned that the UK Government could impose a budget if the Executive did not strike one.

The main political response has been the rejection of water charges by Peter Robinson and Sinn Féin. However, the document is a substantial work and this is Alliance’s first chance to bring economic ideas to the Executive table since May 1974.