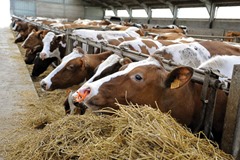 Since most laws affecting Northern Irish farmers are decided by the EU and not regionally, Maeve Whyte observes that it is an “interesting time to be in Brussels”. Whyte has been Director of the British Agricultural Bureau, which represents the Ulster Farmers’ Union, for the past eight years. The Brussels office deals with any issue that might impact on the 70,000 or so farming union members in Northern Ireland, Scotland, England or Wales.

The most pressing issues facing the agricultural industry in the past year have undoubtedly been “CAP reform and the reform of the EU budget,” says Whyte. In 2011, 43 per cent of the annual EU budget was spent on the CAP, equivalent to €58 billion.

The office lobbies the European Commission and MEPs on issues that matter to UK farmers. Whyte explains that they are focusing on the five-part package which includes animal health, plant health, seeds, legislation and official controls. Environmental legislation is “always part of the agenda” and air quality issues have also become increasingly more important over the past few months.

Whyte relates UK farmers’ worries regarding “the impact that any trade agreements between the EU and US might have on producers on the UK and throughout Europe.” It is very difficult to know what this impact might be as the negotiations are only in their early stages.

There could be a number of benefits in terms of access to markets in the US “helping people out of recession and increasing revenue for both sides of the pond,” Whyte comments. It has been argued that the TTIP deal could add up to 2.2 per cent to EU GDP. The agriculture and agri-food industries currently account for 6 per cent of EU GDP.

Some agricultural industries (e.g. beef) are regarded as “sensitive” and could be negatively affected by the trade deal. Produce from the UK is considered as very high quality in comparison to other parts of the world. Whyte stresses this must “not be compromised by political agreements” and the quality of these markets must be maintained.

Naturally, there are competing agricultural priorities between the four unions of the UK. Although livestock is important throughout the UK, it is more of a priority for some farmers in Northern Ireland and Wales than in East Anglia. “There are always competing priorities and you find this in all member states,” for instance the recent conflicting priorities in France. Whyte sums up these tensions in policy as “corn versus horn.”

BAB has a “massive advantage” as the organisation covers all sectors of agriculture in the UK. Whyte explains: “We try to find these compromises and balances back in the member state to make sure we have policies that are good for [all issues] and then bring them to Europe.” 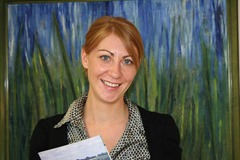 In many European countries, there are single issue organisations that primarily deal with individual sectors such as corn or livestock. Whyte remarks that BAB has a “balanced, rounded outlook.” Policy has been agreed by union members back in the UK before being advocated at an EU level.

The CAP ironically seems to be increasingly more uncommon across the member states. Whyte predicts: “One of the big problems we are going to face is the simplification issue and how complicated the CAP has become because of the policy itself.”

CAP aims to create viable food production, sustainable management of resources and balanced development of rural areas across the EU. It is now up to member states to agree on the specific framework. Whyte remarks that the CAP has become “possibly out of necessity, a very diverse policy.” Member states have a lot of flexibility “to do as they please, which is going to be a difficulty.”

In reality, there have been “28 member states negotiating this, 754 MEPs, the Commissioner, and many lobby groups” which have had an influence. Whyte describes the reaction of the UK agricultural sector to the CAP as mixed.

“Most people would say that there are areas that probably could have been dealt with better,” she observes.

Some will say: ‘How common is the Common Agricultural Policy if there is lots of flexibility within it?’ However, the diverse needs of the 12 million full-time farmers across Europe mean it will be difficult not to have flexibility and “a one-size-fits-all policy is not going to work either.”

Whyte reflects: “We could have done better, brought it together more and have less room for interpretation for different states.” She adds that it is difficult to compare results with other member states if there is too much flexibility and too many options.

“The question for me is: ‘How is it going to impact my farmers on the ground if it’s a complicated procedure?’” She comments that if drawing money down from the CAP and rural development funding becomes a complicated burden, “it almost makes it hard to engage with the policy.”

In terms of the CAP’s future, Whyte wants to see the policy simplified and transparent with people understanding its purpose in each member state.

The changing role of the European Parliament has had a big impact on agricultural legislation. Previously co-decision was taken on environmental and animal health issues. Through the Lisbon Treaty, which became law in 2009, there is now co-decision on all agricultural issues. The MEPs have equal power to the Council.

Whyte uses the example of the CAP as a long and difficult process with stakeholders trying to find a compromise for such a huge policy between not only the member states but all the MEPs. She comments that “having so many important voices to influence, it was a challenge.”

In her view, MEPs do a very good job and she advises them that finding “people that think alike and who you can lobby with is absolute key.” She explains: “Your voice is stronger as a common voice, otherwise your voice can get lost.”

The year ahead will be more about politics rather policy. From a farming perspective, Whyte stresses that though politics is important, MEPs need to focus more upon “the reality of their actions on the ground and how complicated things are in real life and not in Brussels.”