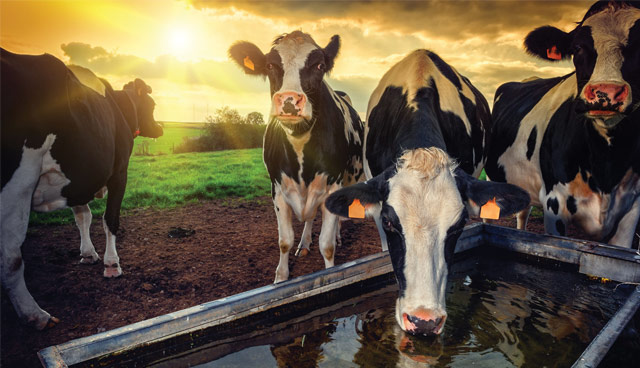 These are parlous times for agriculture in Northern Ireland, with Brexit looming large over the industry. One wrong move on the part of those fronting up for the industry in the continuing negotiations with Brussels could worsen the plight of those farming families that form the bedrock of local agriculture, writes Richard Halleron.

The warning signs are already apparent. Former Foreign Secretary Boris Johnson MP keeps telling us that post-Brexit trade deals will provide UK consumers with access to cheap food.   This is the last message that our farmers should want to hear.

It is a fact: we do not produce cheap food in this part of the world. We have neither the scale to make this happen nor the bureaucratic flexibility to allow us to reduce our costs of production. However, we do produce food of the highest quality, a message that never seems to get the length of consumers.

Meanwhile, the Democratic Unionist Party’s Brexit spokesperson Sammy Wilson believes that farming in Northern Ireland will require a 10-year transition period in order to allow it to adapt to a world in which the UK will secure cheap food deals with the likes of New Zealand, Australia, Canada and the United States. He bases this assertion on what happened in New Zealand when that country did away with farm subsidies altogether almost 20 years ago. However, he fails to point out that the move wiped out most of the farm family business in New Zealand overnight.

Wilson is right about one thing: that farming in Northern Ireland is at a crossroads. Primary producers need to secure sufficient financial returns in order to make their businesses sustainable. They can either secure this income stream from the marketplace or taxpayers can support the industry through subsidies. Currently, the markets are not delivering the returns that farmers need. This then leaves the taxpayers with the job of covering the shortfall.

Up to now, Europe has pumped the equivalent of almost €0.5 billion into Northern Ireland’s agri-economy on an annual basis. A significant proportion of this money goes directly to farmers courtesy of the ‘Basic Payment’. Moreover, in most years, this support funding accounted for between 70-80 per cent of the income generated by farmers in Northern Ireland. 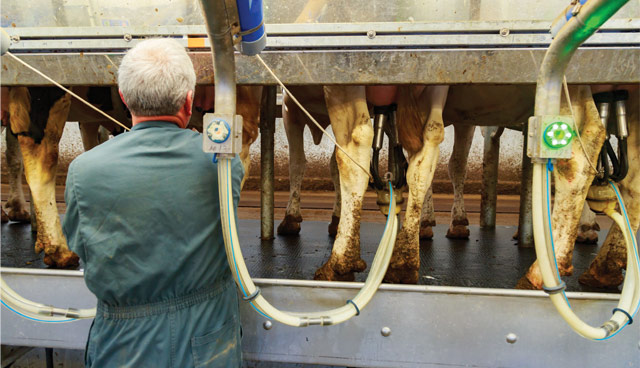 So, the big question is: will London be prepared to support agriculture on a pro rata basis, once it takes over the job of setting farm policy and financially supporting the industry’s requirements moving into the future?

We know that Department of Environment, Food and Rural Affairs (DEFRA) Secretary of State Michael Gove MP is set against the continuation of direct payments to farmers, preferring a farm policy that rewards producers who put soil quality and environmental improvement as their core priorities.

This perspective has not gone down well with both the Ulster Farmers’ Union (UFU) and the Department of Agriculture, Environment and Rural Affairs (DAERA). Both organisations have made it clear that they wish to see Northern Ireland securing a high degree of flexibility when it comes to deciding local farm policy and support measures post-Brexit.

However, the subject of a future UK farm budget has yet to be broached, nor has the thorny issue of how the monies that are made available will be distributed throughout the UK. Scottish farmers are still smarting at what they regard as the favouritism shown to Northern Ireland at the time of the last review of the Common Agricultural Policy (CAP). No doubt, our friends in Edinburgh have long memories.

But farming can’t stay still. New technologies and innovations are coming on stream at an ever-increasing pace. One has only to consider the dairy sector, where investment in robotic milking technologies is taking place at an exponential rate. The use of Global Positioning Satellite (GPS) technology is also gathering pace.

All of this technology comes at a cost: currently, the banks seem content to lend the money to make most of these investment options a reality, but this money, and we are talking considerable sums, must be paid back.

Farming with the environment is a catch-all term that comes up at most farmers’ meetings. The position DAERA and the Northern Ireland Environment Agency (NIEA) have taken regarding the level of ammonia emissions from farms has been a focus of the UFU.

Since July of last year, several farm expansion programmes have been halted because the farmers in question could not satisfy both agencies, when it came to the issue of future ammonia emission levels from their businesses. There is also a fear at farmer level that the ammonia issue could be used as a lever to bring about a significant reduction in farm animal numbers.

For its part, the Union has responded by claiming that the science associated with ammonia emissions is still evolving and rather than cut animal numbers, there is scope to increase the scope of production agriculture in a sustainable way. The organisation’s president Ivor Ferguson is a strong advocate for environmental issues relating to agriculture to be dealt with on an all-island basis.

He’s right, of course, but one thing is certain: the issue of environmental protection and conservation is one that will challenge agriculture in Northern Ireland for many years to come.

Farmers are pretty good at adapting to change. However, they can do absolutely nothing if their businesses are not sustainable. A combination of challenging farmgate returns and subsidy levels that have done little to bolster production agriculture have served to put farm incomes under real pressure over recent years.

These circumstances will have to change if farming in Northern Ireland is to look towards a bright future in a post-Brexit world.