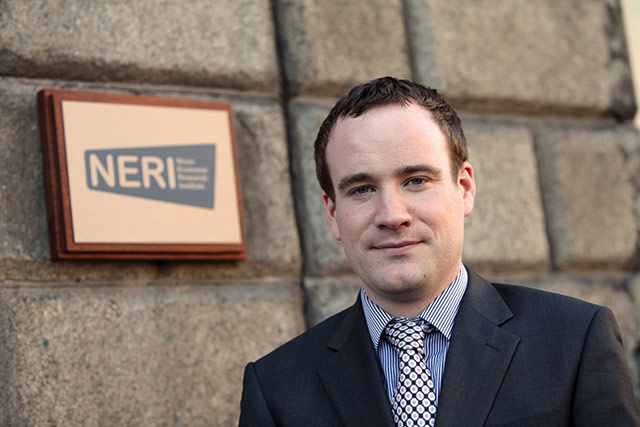 Northern Ireland has a productivity problem and a cursory glance at the main productivity measures indicates that things are getting worse, writes Paul Mac Flynn.

That there are regional differences in productivity levels and growth rates within the UK is not that surprising. That it is so large for Northern Ireland is concerning. There have been attempts to explain away Northern Ireland’s productivity problem as a purely structural issue however a persistent gap remains even after accounting for these issues.

The other most common explanation is that Northern Ireland has a different mix of industries and therefore cannot produce the same level of output as the rest of the UK. The basic thrust of this point is that if Northern Ireland had more people working in banks than on farms, we could expect UK levels of growth. We can account for this by adjusting Northern Ireland’s economy so it looks more like that of the UK as a whole. This involves calculating sectoral level productivity measures or how much output is produced by a worker in each individual industry. Then we can redistribute workers in Northern Ireland to industries on the same basis as the UK average and tally up the resulting total output. On this measure the gap between Northern Ireland and the UK drops further, but only to 8 per cent. 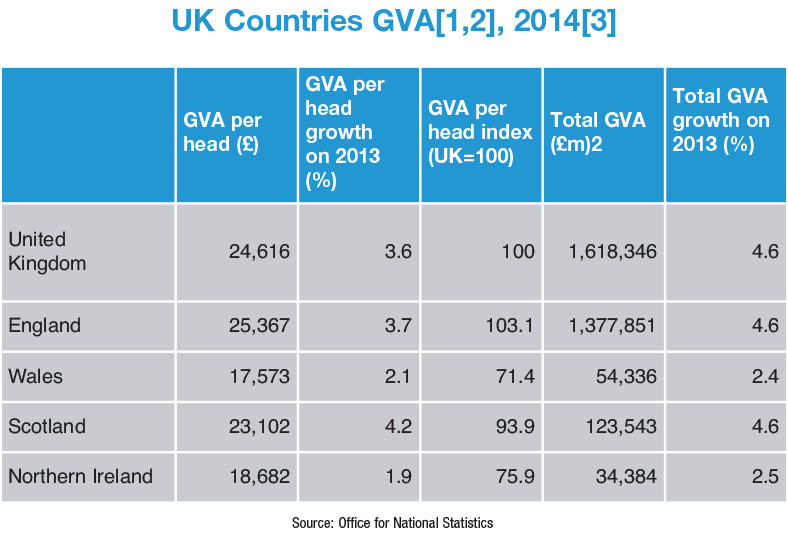 That such a gap persists even after both of the above adjustments shows that the productivity problem runs deeper than the structure of the economy. Irrespective of the number of people at work or where they work, Northern Ireland still underperforms. To examine this problem more closely it is instructive to look at the two elements of productivity, capital and labour. Quite simply either workers can become more productive or the machinery and technology they work with can.

On the supply side, if the chances of getting employment do not depend on seeking more education then a very important incentive for skills accumulation amongst the young disappears. Conversely though, once in employment, gaining higher wages very much depends on years of education, but for many workers that opportunity has passed. This disparity of incentives may explain the origin of Northern Ireland’s skill shortage.

On the demand side however, while Northern Ireland may have a significantly lower skills profile, more workers are considered to be ‘well matched’ to their qualification than comparable workers in England. It is as important to incentivise employers to demand skills as it is to encourage workers to attain them.

Such a lack of ambition amongst firms in Northern Ireland could help explain the other side of productivity, capital. While there is a dearth of data on private investment in Northern Ireland, the UK-wide Innovation survey does provide some small insights. Northern Ireland has the lowest rate of innovation among all UK regions, 5 per cent below the UK average. In the production sector the lack of innovation is largest among large firms while it is SME’s in the services sector who fell far behind the UK average. Possibly the most interesting finding was that the most common reason for lack of innovation was the absence of any necessity to do so. Market conditions did not warrant innovation, therefore it did not happen.

Bringing all of this together it is clear that in order to tackle Northern Ireland’s productivity problem it will be as much about modifying behaviour as it will be about uprooting embedded structures. Most importantly it will require policy action on both the supply and demand side. There is no benefit in policies aimed at boosting the supply of highly skilled workers and low cost financing to firms who do not have the appetite or the ability to use them.

Paul Mac Flynn is an economist at the Nevin Economic Research Institute (NERI) specialising in the Northern Ireland Economy.