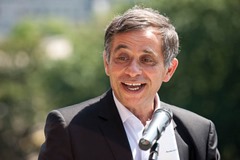 Henri Malosse, President of the European Economic and Social Committee, explains his way forward for Europe to Peter Cheney: a renewed focus on competitiveness and a safety net of social security for all EU citizens.

The new European Commission needs to set out a clear vision that connects with the priorities of ordinary people, according to a senior EU representative.

Henri Malosse is President of the European Economic and Social Committee, which formally represents employers’ federations, trade unions and other civil society groups at an EU level.

Northern Ireland is represented by economist Mike Smyth and former MLA Jane Morrice, who is one of its vice-presidents. Malosse, from Corsica, is making his second visit to the province. His delegation’s stops included Parliament Buildings, the ‘peace walls’ and the Titanic Belfast building.

“Just walking in the streets of Belfast city centre, I saw maybe a more friendly and more open society,” he says of his first impression this time round. “It was more tense six years ago.”

Seven years on from the restoration of the Assembly, he senses that politics has become more stable but this is “just a step in a process towards a final settlement of the Irish question … I think it’s going on the right track peacefully.”

On his overall assessment of Europe, he draws a comparison with the peace process. The European Union has found “a middle way” between its members. France has found a way to work together with Germany after 200 years dominated by war and “the European Union construction is a model of concession on both sides.”

Peace in Europe, it is put to him, does not totally depend on the EU. France and Germany are part of the NATO alliance which prevents conflict between its members. In reply, he suggests that the EU provides a stronger model.

“The European Union is first, basically, a political process,” Malosse remarks. Economic policy is “just a tool to achieve political cohesion and political co-operation instead of wars.” The continent, in his opinion, is a relatively small territory containing many different ethnic groups and cultures which need to be “interdependent”.

In the last 20 years, though, he thinks that the spirit of the EU has been “spoiled by too much bureaucracy, too much technocracy, too much useless regulation” and a failure to focus on the real priorities of its people: economic growth, jobs and protecting Europe’s external borders.

Dissatisfaction has set in and he expected a low turnout at the European Parliament elections. Euro-scepticism, populism and the extreme right would also rise, partly represented by UKIP and France’s Front National.

Malosse will be the only President of an EU institution to continue in office until 2015 and he wanted to ensure “stability in the change” after the elections. 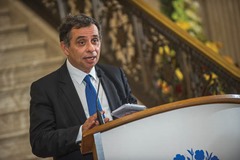 To meet these challenges, he reaffirms that Europe needs to get back to delivering on the priorities of its people. He sets out three key priorities:

• fair treatment for EU citizens living in other member states.

Competitiveness, in his view, can be improved by converging tax rates at a low level to help enterprises invest. He sees the Republic of Ireland and the Baltic states as leaders in this field due to their low levels of corporation tax (12-15 per cent) while the UK’s rate is “quite high” at 21 per cent. Converging the British and Irish rates would therefore benefit Northern Irish companies.

Convergence is not the same as harmonisation although he thinks that British commentators often mistake the two terms.

“You have different levels of taxation among the states of the US,” he points out. Texas and Massachusetts have different taxes but they are broadly at the same level and there is “no fiscal war” between them.

If Europe went towards the left, though, taxes could be raised in tandem across the EU. “This is not respecting democracy,” he responds. “I’m not a socialist but whether the European people will turn right or turn left, they will decide.”

To make society more cohesive, the Economic and Social Committee is proposing a minimum income across the union. Most countries, including the UK, have some form of income support but this is not yet available in all parts of the EU.

He highlights Romania and Bulgaria as two member states without a minimum income. Under public pressure, David Cameron has restricted jobseeker’s allowance for migrants from both countries. On a recent visit to Bulgaria, Malosse found that its citizens saw this as discriminatory.

“I hope Mr Cameron will now understand that this type of discrimination is something he should ban from his vocabulary,” he continued. “There is no double standard among European citizens. We are all equal if you like it or not. I’m not Romanian but I don’t think that they are second class European citizens. I don’t know why the French have any more rights than a Bulgarian.” 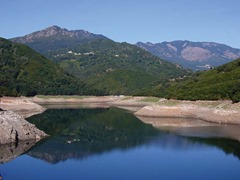 Malosse’s background is in business and was elected to the EESC by the French Chambers of Commerce in 1995.

The business and trade union groups naturally oppose each other but he sees himself as a centrist and promotes ideas which he considers legitimate, which do not necessarily reflect the majority view on the committee.

More growth and competitiveness will ultimately benefit Europe’s workers. “We have to shift taxation from labour to consumption,” he adds, contending that this will make industry more competitive but also help to maintain social security spending.

The tone of the interview changes as Malosse is asked for his reflections on Commission President José Manuel Barroso, whose term of office is ending.

Barroso’s economic strategy (Europe 2020) is, in Malosse’s view, vague with most Europeans not knowing about it. He believes that Barroso has been closer to lobbyists in Brussels and the major governments than civil society and citizens across Europe.

The citizen’s initiative is a petition system set up under the Lisbon Treaty. Malosse points out that the first successful petition (Right2Water) has received 1.8 million signatures but the Commission has decided not to legislate.

“I don’t say that the proposal is 100 per cent legitimate but at least the European Commission should say they will consider it,” he comments.

Malosse does acknowledge that the second Barroso Commission faced a “very difficult crisis”.

Countries in bail-out programmes understood that the European Commission was “there to impose austerity” rather than proposing reforms which would eventually lead to growth and jobs.

Corsica was occupied by France in 1769 but there is a strong drive for more autonomy or even independence. A conflict between the French security forces and National Liberation Front since 1976 has cost around 150 lives – a relatively large casualty rate among a population of 320,000.

Malosse explains that Corsica has its own identity and language, which he wants to see officially recognised.

“There is a big risk,” he comments. “If a majority of the people wants peacefully to change [Corsican’s political status] and if Paris doesn’t give in to change, it could come again to some violence. There is always some residual violence like you have here in Northern Ireland.”

France’s new Prime Minister, Manuel Valls, was “not open at all for dialogue” when he was responsible for Corsica and he doubts whether his promotion is a positive sign for the island. Violence, Malosse cautions, leads nowhere and is rejected by the majority of Corsicans.

Corsica was famously the birthplace of Napoleon. Interestingly, it was briefly ruled by Britain in the 1790s and this could have continued under a treaty signed in 1814. However, the treaty was overruled by the Foreign Secretary (Viscount Castlereagh) who ensured that Corsica was returned to France. Castlereagh lived at Mount Stewart outside Newtownards.

• 24 from UK and nine from Republic of Ireland

• All members are nominated by national governments