The Department for the Economy has outlined plans to develop a “sustainable regenerative” Tourism Strategy for Northern Ireland as part of its wider plan for economic recovery.

In May 2021, Economy Minister Diane Dodds set out a vision for the Northern Ireland economy over the next decade. Designated as Northern Ireland’s decade of innovation, the forward-looking plan places tourism as a central plank of the transformation agenda.

The Minister has detailed plans to focus on Northern Ireland’s “uniqueness”, those areas in which Northern Ireland can rank high in relation to global competitiveness and areas of identified growth potential.

Northern Ireland’s “thriving tourism offering” is one of these unique factors, recognising the pre-pandemic attraction of three million people annually, the policy outlines: “The vision is dependent on unlocking the potential demonstrated in our unique attractiveness throughout this decade, and therefore our tourism sector will be at the forefront of marketing our reputation and attractiveness to the world.”

The vision document is, in part, an iteration of the Minister’s Economic Recovery Plan published in February in 2021, which outlined plans to develop a new Tourism Strategy for Northern Ireland.

Tourism in Northern Ireland has undergone an onerous journey since March 2020, but hopes of recovery are building as wide-ranging restrictions are eased both on the island of Ireland and further afield. In April, the Minister declared Northern Ireland ready for the return of tourists “when the time is right”. 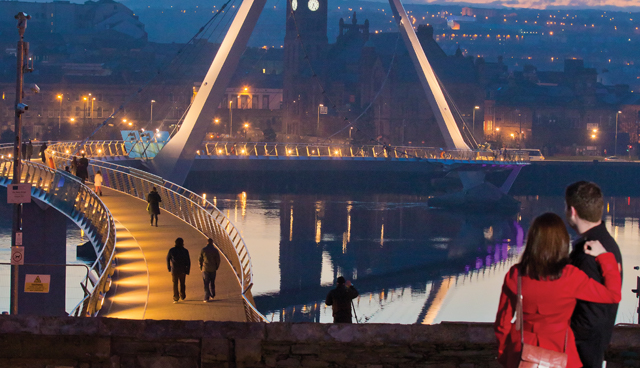 Pre-pandemic, tourism in Northern Ireland has witnessed significant growth. Having breached the £1 billion mark for the first time in 2019, the industry was in line for a record-breaking 2020 before the pandemic paralysed the sector.

Released eight months after the pandemic began on the island of Ireland, NISRA figures showed that in 2019 tourism revenue had risen some 8 per cent year-on-year. A large part of this rise had been the ability to attract visitors north of the border in Ireland, with statistics showing a 28 per cent increase in overnight trips from the Republic of Ireland and a 31 per cent increase in spend from those visitors. For context, the figures show that spend from the Republic had doubled in just three years.

That Northern Ireland had become an increasingly attractive destination for the southern market will likely have benefits as the industry seeks to emerge from the pandemic, with pent up travel demand mixed with expected pandemic-driven high levels of foreign travel hesitancy making Northern Ireland a more viable option.

Pre-pandemic, the tourism and hospitality sector in Northern Ireland employed some 65,000 people in 2019. While a number of supports were deployed to assist the industry throughout the pandemic, the recognised acute vulnerability of businesses and jobs within the sector had raised concerns about their sustainability post-pandemic. That concern largely lay behind the establishment of the Tourism Recovery Steering Group set up by the Minister in April 2020.

Within its Economic Recovery Plan, the Department pointed to a number of initiatives it was already undertaking in relation to the tourism sector including the of delivery of a Covid digital innovation and productivity programme to enhance digital capability and marketing air and sea connectivity to Northern Ireland for 2021/22 through Tourism Ireland. 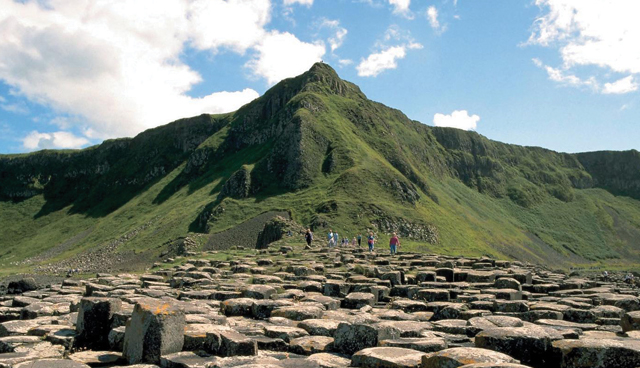 Other ongoing initiatives included the delivering support to the Market Access Programme to stimulate and sustain tourism marketing activity and the delivery of a Website Development Programme for tourism businesses to receive capital grants for the upgrading of their websites to make them bookable online.

However, it is the future ambitions of the strategy that are likely to be most impactful on the industry’s responsiveness post-pandemic. Alongside the development of a Tourism Strategy for Northern Ireland, the Department aims to deliver an Experience Development Programme to provide grant funding for tourism experience providers to help develop their businesses.

In May, the Economy Minister launched a Holiday at Home campaign ahead of the hospitality sector’s reopening on 24 May. It is expected that in autumn, the Department will open a voucher scheme to drive demand after the summer season.

The role of Tourism Ireland in marketing the island of Ireland as a holiday destination is to be utilised in the form of an international marketing programme, when appropriate, and a Great Britain specific campaign to attract visitors to Northern Ireland.

Central to all this, the Department’s plan indicates a desire to accelerate the development of the Tourism Data Hub to support the industry with real-time data to inform decision-making.

While the full effect of the pandemic on Northern Ireland’s tourism industry continues to play out, some indications have been sought as to the extent of the damage so far. The Northern Ireland Statistics and Research Agency (NISRA) recently published data gathered from a range of sources in order to offer some indicators to tourism performance in 2020. 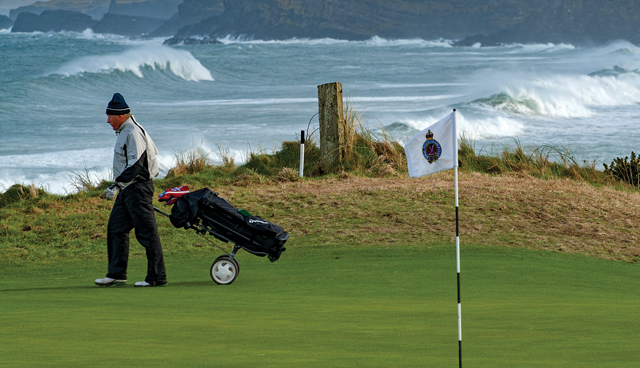 The statistics indicate that in the region of 25,000 people working in accommodation and food services in Northern Ireland remained furloughed in January 2021. Highlighting the acute impact on the tourism sector, the statistics show that roughly 24 per cent of all staff in Northern Ireland were furloughed in April 2020, compared to 72 per cent for tourism related industries.

With tourism set to be a central plank of Northern Ireland’s economic recovery, the delivery of an ambitious tourism strategy will be critical to overall economic ambitions.

Back to top button
Close
By continuing to browse this site you are agreeing to our use of cookies.
Close