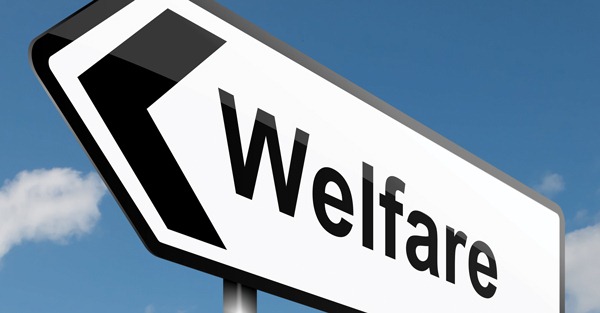 In advance of the introduction of the Northern Ireland Welfare Reform Bill, agendaNi examines the potential changes.

The stated aim of the Welfare Reform Act, which received royal assent in the rest of the UK on 8 March, is to make the benefits and tax credits systems fairer and simpler by creating incentives to get more people into work, protecting the most vulnerable in society and ensuring fairness, both to those claiming benefits and to the taxpayer.
However, local MLAs are concerned about the impact that welfare reform will have on children, the elderly and the disabled.

The Executive is in the process of forming its own Bill to suit local circumstances without breaching parity. The Minister for Social Development, Nelson McCausland, has written to the Executive, seeking agreement to introduce Northern Ireland’s Welfare Reform Bill before the summer recess (7 July to 2 September). A consultation on the Bill took place from September to November 2011.

Universal credit will replace jobseeker’s allowance, employment and support allowance and income support from October 2013 and child and working tax credits and housing benefit from October 2014. The single allowance will be paid on a monthly basis whether or not a person is working and will be based on household earnings. Disability living allowance (DLA) will be replaced (for 16-64 year olds) by a personal independence payment (PIP) in October 2013. Current DLA recipients will be re-assessed (1,000 people per week) and new claimants will undergo medical assessments.

During the Westminster Bill’s progress through Parliament, local politicians cited Northern Ireland’s ‘special case’ as an area with high deprivation levels and the fact that it has an ageing population with growing health problems, high unemployment and the Troubles’ legacy of injury and mental illness.

Local charities have voiced concern about the potential impact of the department’s re-assessment target for PIPs and how progressive illnesses such as Parkinson’s disease will be assessed.

The Executive has established a Social Protection Fund to provide support where it predicts welfare reform will have an adverse impact on vulnerable people.
First Minister Peter Robinson has said that OFMDFM will try to secure “a similar size of fund for future years” to the £20 million made available for a winter fuel poverty payment scheme this year.

Nelson McCausland has said that “the general direction of travel of these reforms is right.”

Owen Paterson has recognised that there are areas where the Executive will want “local flexibility to suit local circumstances.” He said that this could include “recognising different housing arrangements here and most obviously taking account of the fact that council tax does not apply in Northern Ireland.”

The Social Development Committee’s Deputy Chair Mickey Brady is one of the more vocal opponents of welfare reform. An Assembly motion on 22 May highlighted his concern that the under-occupation penalty (i.e. the bedroom tax, which will cut the benefit that people can get if they are deemed to have a spare bedroom in their council or housing association home) will lead to homelessness. It called for the Minister to outline the measures that he intends to put in place to mitigate its impact.

The majority of social houses in Northern Ireland are two-to-three bedroom properties and the Minister was unable to provide the number of one-bedroom homes. He said that “for a large number of those affected by the proposals, no smaller accommodation may be available.” Segregated social housing will, he noted, also have an impact.

The Social Development Committee has had eight evidence sessions on various aspects of welfare reform in Northern Ireland since May 2011. Its forward work plan includes meetings on the impact of welfare reform on women and on children.