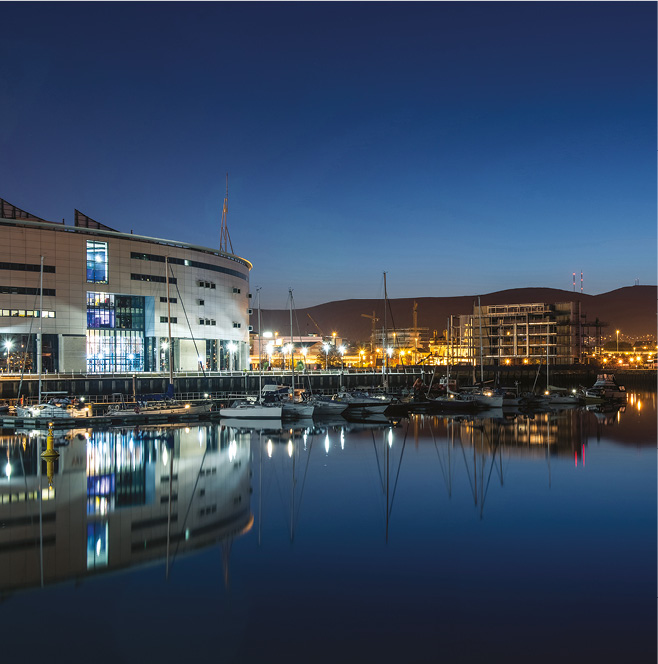 At the time of writing for agendaNI’s 2016 Infrastructure report, I urged the newly-elected Northern Ireland Executive to adopt a new approach to both the assessment and prioritisation of infrastructure investment in the region. During the intervening period, the Executive has dissolved and a period of uncertainty has set in.

This uncertainty is deeply disappointing due to the potential impact it may have on the delivery of essential infrastructure projects, and if Northern Ireland is to be ideally positioned to meet the challenges of competing in a global market over the next 20 years. It is widely accepted, but nonetheless worth repeating again, that investment into infrastructure clearly stimulates economic growth. Infrastructure systems and economies are intricately intertwined; infrastructure increases connectivity, facilitates productivity, creates jobs and stimulates trade – all key enablers of the step change in economic growth Northern Ireland urgently needs.

Previously, I encouraged the adoption of infrastructure prioritisation methodologies which assess the true economic value that investments would deliver and allow truly informed decisions. UK City Deals present a unique opportunity, which would place economic modelling at the centre of the prioritisation of investment and could also play an important part in the response to Brexit, as Northern Ireland leaves the European Union.

What are UK City Deals?

The core goal of UK City Deals is to direct infrastructure spending to projects that boost productivity, employment and economic growth. This model is a radically new approach to infrastructure priority-setting, funding and financing. The more ambitious UK City Deals to date, have established a growth benchmark for a city or region in return for growth focused self-help. The model determines an economic growth budget for a defined geography (city/region), measured as gross value added – “a local GDP”. A city/region that exceeds this benchmark on the back of its “self-help”, then receives a fiscal reward – that is a share of the windfall tax arising from additional economic growth.

More than 20 City Deals have already signed across the UK, with a number of these deals involving investment in the region of £1 billion through a “gainshare” funding model. In such deals, “gainshare” funding is typically provided over 20 or 30 years, subject to five yearly gateway reviews undertaken by an independent panel focused on delivery, with the city/region having the option to themselves borrow against this delivery dependent income stream, to translate it into a more intensive growth focused programme over a typical period of 10 years.

Some cities/regions that have successfully secured city deal funding are forecasting significant long term increases in the size of their economies, with up to £2 billion additional GVA per annum for the city/region as a whole coupled with 25,000 additional jobs, over 10 years.

While the primary focus of the UK City Deals to date has been infrastructure investment (transport and regeneration), where appropriate, some deals have involved specific funding streams in respect of other areas that are important contributors to economic growth, namely skills and innovation.

This is partly due to the lack of capital funding (not financing) available to the Northern Ireland Executive to deliver major infrastructure projects critical to economic recovery. As many are aware, any returning Executive will encounter ongoing capital and resource budgetary pressures, hence it is imperative that alternative financing models and funding sources are explored and secured, to assist with the accelerated delivery of economic and social infrastructure projects across the Belfast City region and indeed the wider regional economy over the next decade.

Belfast’s vision is to be “a city in which people love to live, learn, invest, work and visit”. A City Deal which puts ‘inclusive growth’ at its core, increasing prosperity for the city region, driving forward regional growth and providing wider social and environmental benefits has the ability to deliver a step-change in the prioritisation of infrastructure investment using an evidence-based economic model – a new independent approach to infrastructure investment in Northern Ireland.

Through unlocking funding via a UK City Deal, the new vision for Belfast in 2035, as set out in the Belfast Agenda may fast become a reality. However, UK City Deals in Northern Ireland cannot simply be about economic growth, wider social issues such as unemployment, underemployment, economic inactivity and poverty, which are prevalent across the Belfast and the region, must be addressed.

Benefits for all is an imperative – evidence has shown that growth in the form of increased GVA or new jobs, does not always ‘trickle down’ to the most disadvantaged in society. The best way to ensure that wider social issues are addressed, is through the creation of jobs which the least privileged in society are able to apply for and work in. This will lead to improving living standards and the creation of opportunities for those who would have had limited opportunities previously.