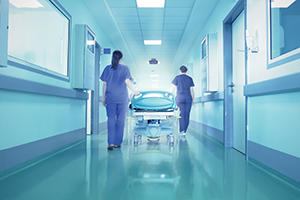 Following the publication of Sir Liam Donaldson’s report into health and social care governance in Northern Ireland published in January 2015, Health Minister Simon Hamilton MLA has announced the changes that he intends to make to the way Northern Ireland’s health system operates.

The key proposals announced by the minister include:

•   abolition of the Health and Social Care Board;

•   the creation of a panel of Northern Irish based experts set up to advise the Department of Health;

•   closer working between the Public Health Agency and the Department of Health;

•   the creation of a ‘transformation fund’ to pay for cost-saving initiatives and fund the implementation of Transforming Your Care.

The Donaldson report had proposed radical reforms including the closing of hospitals and the creation of an international panel of experts to decide exactly how many hospitals Northern Ireland needs. The minister has rejected this proposal stating he is not in public service to “hand over lock, stock and barrel, the future of health and social care in Northern Ireland” and has instead put plans in place for the creation of a panel that will draw on “the experience of people working in Northern Ireland and use international experience as appropriate.”

This panel, he says, will ensure the conversation about the future of the health service is clinically led and that world class health service is operational in Northern Ireland. Expressing his belief that people understand that every hospital can’t provide the best of everything, Hamilton confirmed that closing hospitals is not on his agenda but did admit that the hospital estate will be reviewed to ensure local and regional facilities operate efficiently.

Setting out his view on the administration of the health and social care sector, the Minister announced a review of the commission process in Northern Ireland and expressed his belief that the problems are similar to those faced by the rest of the public sector, “it is too big, it is too bureaucratic and it doesn’t deliver best value.” The Minster claimed there are currently too many layers in the health service and the entities that do exist only serve to create blocks to the implementation of reforms, present opportunities to pass the buck and restrict the ability to determine accountability.

Setting out his stall, the Minister confirmed that overall responsibility lay with him and explained that he wanted to see the department take “firmer, strategic control” of the health and social care system. He also outlined his desire to increase the control of trusts, allowing them to be responsible for the planning of care in their areas and have the operational dependence to deliver it.

To ensure that this change leads to increased efficiency and better outcomes for the public, a specific directorate will be created within the department to focus on the financial management and performance of the trusts. The Donaldson review highlighted unnecessary duplication between the department, the Health and Social Trust Board and the Public Health Agency.

Recognising that the drastic change required to save our health service will not be achieved in one year, the Minister claimed that political consensus is vital to achieve support for a transformation that could take up to a “decade or more.” With this in mind, he announced plans to convene a cross party summit with the aim of collectively reaching an agreement on a shared vision for the future of health and social care in Northern Ireland.

“it is too big, it is too bureaucratic and it doesn’t deliver best value.” Simon Hamilton MLA 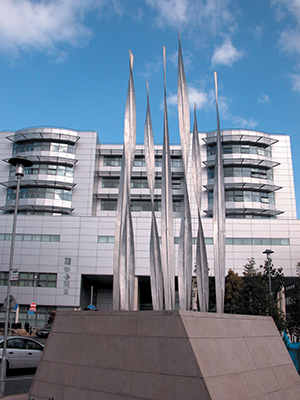 Speaking about the problems currently facing Northern Ireland’s health sector the Minister was adamant that money was the only way to solve its current problems as extra finances will result in more operations and more care packages. However, he also claimed that pouring money into an inefficient system would have no long-term benefit.

Citing the £200 million that has been lost over the past three years through a failure to implement the welfare reform plan, Hamilton stated that a resolution for welfare reform must result in more funding for the health service. He also made clear his intention to seek a significant increase in funding in the next budget that he intends to set aside for the Health and Social Care Transformation fund.

The fund will be established to ring-fence funding for the specific purpose of transforming health and social care. “More money isn’t everything but without it, ambitious plans for reforming and transforming our Health Service will surely fail,” said the Minister.

Responding to these announcements, the chief executive of the Health and Social Care Board, Valerie Watts claimed the key focus must remain on improving the health and social care outcomes for everyone in Northern Ireland. “We are fully committed to minimising any impact on staff and ensuring that we fully utilise their skills, expertise and commitment moving forward,” she said.