David Whelan speaks to Dr Margaret O’Brien, Head of General Medical Services within the Health and Social Care Board about transformation through the implementation and proposed further roll out of Multi-Disciplinary Teams (MDTs) in Northern Ireland. 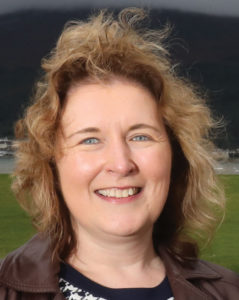 In May 2018 the Department of Health announced the Multi-Disciplinary Teams (MDTs) initiative as part of a £15 million transformation fund allocation to primary care. MDTs had been a central element of Health and Wellbeing 2026: Delivering Together, a 10-year approach to transforming health and social care which has been hindered by the absence of Stormont.

Progress, however, has been achievable in some capacity and the initial roll out of MDTs in GP federations in Down and Derry was a starting point from which services in west Belfast; Causeway; and Newry and Mourne are now also being delivered.

The overall ambition is to have an MDT in each of the 17 GP federations covering Northern Ireland.

Dr Margaret O’Brien outlines how work on a Northern Ireland-specific strategy for general practice, endorsed by the then Minister for Health in 2016, had laid the groundwork for a bid for transformation funding. Accumulating pressures in the health service, coupled with limitations on resource are long-standing and the need for transformation of primary care delivery is now widely recognised and accepted. As Dr O’Brien highlights, general practice has not been immune to the pressures experienced across the wider health and care service.

“Pressures within general practice are multi-faceted but another simplification of these are across three main areas of workload, workforce and resource pressures. General practice has gone through a difficult time in regard to those three areas and our review of GP-led services in 2016 aimed to ensure that we equipped general practice for the 21st Century.”

An ageing population with more complex conditions has increased the pressure on general practice. Dr O’Brien explains that even though efforts have been made by the Department of Health to increase the number of GPs qualifying annually: “We always knew that as we moved forward the volume of qualifying GPs can’t meet the increasing demand. We knew we had to mix it up in regard to optimising the use of other professionals and blending them in to our practice teams.”

Quizzed on whether it was envisaged that such an approach would obviate the need to focus on qualifying or attracting back to Northern Ireland more GPs, Dr O’Brien says: “We’re always going to need more doctors but we’re realistic in knowing the length of time it takes for doctors to be trained up. However, we know that we can work in a high quality and stable manner with the current cohort of GPs by blending in a team of highly-trained professionals to complement the current service.”

MDTs involve the establishment of practice-based physiotherapists, mental health practitioners and social workers at GP practices, working alongside GPs and nurses to better meet the needs of their registered patients. They will also increase the number of district nurses and health visitors working alongside the general practice. It means GP practices will focus not just on managing ill-health, but also on the physical, mental and social wellbeing of communities.

Dr O’Brien hopes that the MDT approach will attract more doctors to general practice. “Traditionally general practice has been a reactive service,” she states, “We want to be able to move to a more proactive service and to be able to intervene and affect change for individuals at an earlier stage. The younger cohort of GPs emerging no longer want to work in a single-handed capacity, recognising that as part of a wider team they feel better supported and so can deliver a better service for the patient. Through MDT development we recognise a huge enthusiasm from GPs wanting to work in those practices which have MDTs in place. At the same time there is an enthusiasm across all of the professions involved.

“That in itself produces challenges as we seek to afford them the opportunity and to implement all 17 envisaged MDTs.”

Asked whether all MDTs in Northern Ireland, when fully embedded, will be made up of the same cohort of services, Dr O’Brien says: “At this point our policy direction is yes, that will be the case. However, we are currently finalising a procurement process around an evaluation partner and we will continue to work to optimise the services that we have, working with our evaluation partners to ensure the better outcomes being achieved for patients are evidenced.”

She adds: “The ratios of staff may change as we move forward. We remain open and aware of any additional professional groups that may be of additional benefit.”

The mix of services for the MDTs was developed following extensive research involving a population profile, a health needs assessment and a case mix review with practices to establish the number of consultations per clinical condition area and to analyse the impact that this was having on consultation times for a GP.

Highlighting how change can bring about wider benefits to care delivery, Dr O’Brien says: “One of our highest rates of consultations is around Musculoskeletal conditions, hence the requirement for a practice-based physio. The benefits are not just that such a move will free up the GP to concentrate on the patients most in need but also allows for patients to be assessed and given advice on the management of their condition at an earlier stage. This approach provides greater opportunity for patients not to start medication, or to be able to be deprescribed medication at an earlier stage as their condition improves. Greater levels of deprescribing also offers significant opportunity to improve financial resources across the sector.”

“We want to be able to move to a more proactive service and to be able to intervene and affect change for individuals at an earlier stage.”

Up to £11.8 million will be invested in the project in 2019/20. In addition to the new practice based staff, associated with MDTs there has also been increased investment in district nursing and health visiting to enhance access to these services.

Dr O’Brien is the lead in implementation of the Department of Health-led initiative which following a competitive process of examining joint bids from relevant trusts and federations began in Down and Derry and was followed shortly after by a partial roll out (recruitment of physiotherapists) in west Belfast. In 2019, full roll out to west Belfast is now being implemented and two additional areas of Newry and Mourne and Causeway have been initiated.

Funding for the roll out of transformative measures including the MDTs is exceptional in that the money has emerged from outside the Department of Health’s annual budget and as part of the confidence and supply agreement between the DUP and the Conservative Government.

Dr O’Brien is well aware that resources will need to be found if the ambitions for wider roll-out are to be achieved: “We have a large, fixed health budget and we aim to deliver a high-quality service. It’s about optimising the use of that budget to deliver high-quality change. Doing things the way we used to is not an option available to us and we must transform the way in which we deliver services if we want to ensure that key services remain sustainable and safe in the long term.

“It will be challenging going forward to ensure that we do fund the roll out of MDTs but we are being driven by the noticeably better outcomes being achieved for patients.”

Asked whether budget uncertainty and the fact that additional funding for transformation from Westminster is far from guaranteed going forward has altered the initial vision for MDTs, Dr O’Brien states: “It hasn’t changed our ambition. We have been very aware from the outset and have been working closely with the Department to identify the funding for our existing MDTs, which we need to ensure is embedded in core funding, but also putting in place a plan to identify further recurrent funding to roll out MDTs.”

Investment needed for MDT roll out is significant. As evidenced by those services already in operation, as well as the recruitment of additional staff, many of the federations will need infrastructure investment, both physical infrastructure in the shape of upgrading, adding to or construction of buildings, and IT infrastructure.

Dr O’Brien describes the added benefits that come with greater service offerings from general practice: “Each of the MDTs has an individual project board which includes stakeholders from the community and voluntary sector groups. This collaboration is important because it not only gives the local community buy-in to transformation but also greatly improves the knowledge of the practice-based professionals of the additional support services in the surrounding area. This is facilitating initiatives around social prescribing and through optimising input we can achieve maximum prevention.”

Investment in MDTs complements the existing £17 million investment in the practice-based pharmacist initiative, with Pharmacists in GP practices will allow GPs more time to spend with patients and improve patient outcomes. “It will also improve the safety of prescribing, reduce the level of errors and waste through managing prescribing systems, medical reviews and reconciliation,” she adds.

“Alongside the MDT and practice-based pharmacist, we are piloting Advanced Nurse Practitioners (ANP) in GP practices. ANPs can assess, diagnose, plan, implement and evaluate treatment/interventions and care for patients.”

Dr O’Brien continues: “For the GP, there’s a recognisable reduction in tensions and anxieties through the easing of workloads. GPs are feeding back to us that they are getting better outcomes and the time that they can give to patients most in need has improved. MDTs will improve the offering of general practice to patients, improving the ability to treat patients at an earlier stage. On a personal level, GPs are also feeding back that the working environment has improved for all staff involved in running a general practice and as a result there has been an uplift in morale. While still in its early stages, the future benefits of this transformation are clear and we’re being looked at as a leader in this area by those in England, Scotland and Wales.”

Concluding on whether such transformation will be possible across the whole of Northern Ireland, Dr O’Brien states: “Our current plan and one we are focussed on delivering is the roll out of additional one to two MDTs per year. Finances are not the sole challenge. We also recognise the need to assess infrastructure needs and ensure the correct balance of staffing availability and so we have parallel pieces of work to be doing around infrastructure planning, workforce planning and resources.”