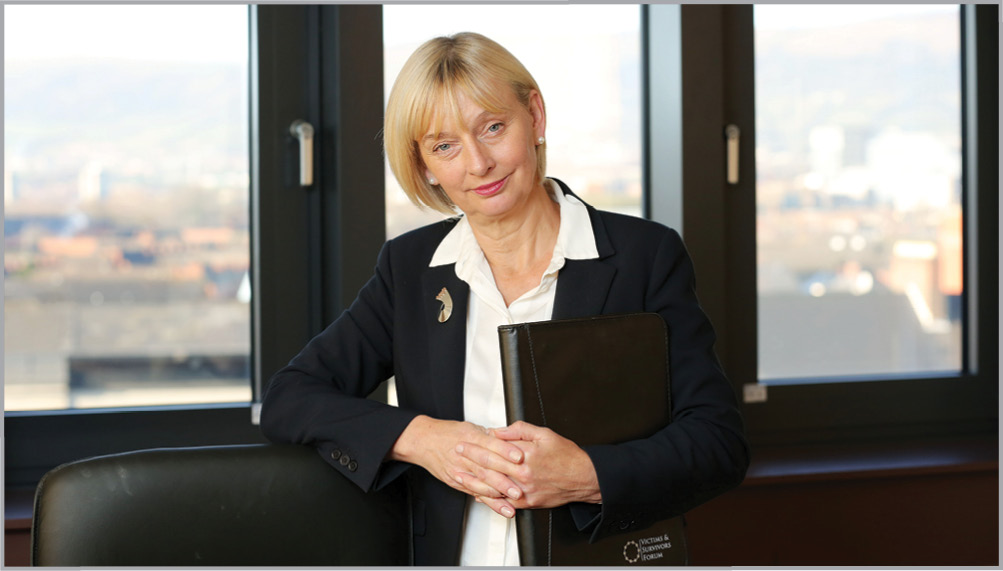 As we face into the current political impasse I have never been more certain that the future of Northern Ireland is inextricably linked with the need for us to finally step up and deal with the legacy of the past, writes Commissioner for Victims and Survivors, Judith Thompson.

We need to take the self-professed determination of all the decision makers to put victims and survivors at the centre of our peace process and make it a reality.

Victims and survivors spent the whole of 2016 waiting patiently for the final delivery of the elements of the Stormont House Agreement that did not make it into the Fresh Start Initiative.

It is important to understand that these measures will profoundly impact on a considerable proportion of our population. Research by the Commission indicates that approximately 500,000 people, almost one in three in Northern Ireland, are victims and survivors of the Troubles. This includes up to 200,000 with mental health problems, 40,000 suffering with injuries and 3,720 families bereaved.

Within the Strategy for Victims and Survivors, the Commission is identified as being the primary source of advice to government on victims and survivor issues; having responsibility for the strategic assessment of need and for ensuring that the correct structures are in place to meet those needs and identify gaps in provision. The Commission oversees and provides guidance to government in relation to the three key areas of dealing with the past, improving services and building for the future.

My office provided advice on dealing with the past to the First and deputy First Minister back in March 2014. This advice focused on four key areas of need that were common to victims and survivors: acknowledgement, truth, justice and reparation.

Victims are a cross section of our community and have different views and preferences. So the measures proposed in the Stormont House Agreement give them choices and options. The Historical Investigations Unit will carry out investigations into around 2,000 outstanding cases, holding to the principles of justice and accountability, even though the evidence in most cases may not be sufficient for prosecution. Families will have the option to receive a report if they want it from this investigation process. 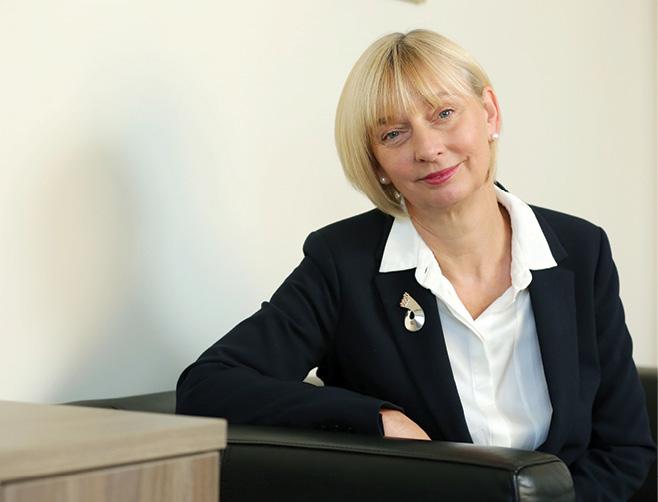 The Independent Commission for Information Retrieval has the potential to uncover more truth for individuals or families who choose to request it. The Oral History Archive will also be essential in providing a central place for people from all backgrounds to share experiences and narratives related to the Troubles.

Draft legislation exists for all of these bodies but it has never reached the stage of public consultation.

The combination of these institutions with the delivery of the Mental Trauma Service, the pension for the seriously injured, provision of advocate services and the funding of the Victims and Survivors Service will make a significant contribution and form of reparation.

One part of the Stormont House Agreement that I think requires more emphasis is the Implementation and Reconciliation Group. Part of its remit is to work with the UK and Irish governments to “consider statements of acknowledgements”. As highlighted in our advice, this acknowledgement is very important for all victims and survivors.

For the most part victims and survivors accepted the assurances that agreement on progressing these measures was close and it would take just a little more discussion to get outstanding issues resolved. Having waited almost 20 years, the pragmatic feeling was that it was better to get it right than not get progress at all.

In the month of December, the anniversary of Fresh Start was acknowledged with the realisation that we were no further forward. In media interviews I voiced what so many victims had said to me, that they were brought into rooms, given tea and sympathy and nothing more. The feeling of disillusionment, hurt and resentment is greater than ever before. Disillusionment regarding the failure to deal with the past undermines confidence in government, and in our justice institutions.

Ironically, I was invited to attend a peace conference in Afghanistan in December, sponsored by the EU because they wanted to learn the lessons of how we implemented peace here in Northern Ireland.

The single most important piece of advice I shared with them was to do what we had failed to do – include specific acknowledgement and reparations measures for victims and survivors in the initial peace deal.

In the month of January I have been speaking to families who just want the truth of what happened to their loved ones. I have also met with families who have had to live, not only with the loss of those whom they love, but also with wrongful accusations and innuendo, which have compounded their loss. In the absence of the proposed institutions to deliver better information many continue to live with hurt and injustice.

Many victims and survivors do not have time for political strategies to play out. They don’t have a long-term game. The older they get the more the lack of a pension becomes critical to their basic quality of life.

Yet, as a diverse body of people they are an example to us all. They are determined and their voices have not become silent over time. They recognise that we cannot undo the harm that has been done but we will be less divided if we can properly acknowledge that harm; we will be better able to achieve a future for those who have been harmed.

As we look forward to another uncertain year we should listen to those who know what it is like to be hurt. We need to recognise the importance of achieving what is possible in terms of truth and justice. We need to find a way of acknowledging harm and of giving those who have been most harmed the resources they need to have the best lives possible. This will help to build a more solid future for everyone.

Our victim-led support organisations have achieved amazing results with limited resource in delivering critical services to victims and survivors.
Victims have been hugely influential in working with the Commission to advocate and campaign for protection of victims in the introduction of welfare reform.

In Northern Ireland we have many advantages, much progress has been made and we have been happy to share this with other countries that have been through conflict. We need to apply what we have learned to ourselves and our own situation.

If we deal with the past, if we put victims first, if we really listen to their painful and hard earned experience, we can build a more reconciled and peaceful future for all.

Commission for Victims and Survivors