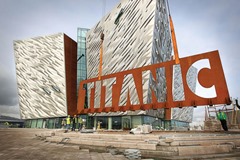 A new policy for urban regeneration will make it a higher priority in government. Michael McKernan explains the rationale for regeneration and the main policies which underpin this work.

The publication in July of this year of a new policy framework, indicates that urban regeneration is becoming an increasingly high priority in the hierarchy of major government public policy interventions in Northern Ireland.

Urban regeneration can cover a multitude of things. At its simplest, it is the programming of physical improvements within a defined run-down urban area in order to make that area regenerate through enhanced social and economic development. At its more complex, it can be a multi-faceted long-term process of community transformation.

But one thing is clear. While urban regeneration may in some instances involve the delivery of some shiny new buildings, that is not the principal objective. The ambition is to rebuild sustainable and increasingly prosperous communities and to leverage economic opportunity into areas that are falling behind. It is about people much more than about buildings.

In Northern Ireland the Department for Social Development (DSD) takes the lead on urban regeneration on behalf of government, although the Office of the First and Deputy First Minister (OFMDFM) has responsibility for delivering regeneration of some of the major former security sites (e.g. the Maze, Crumlin Road prison and Ebrington Barracks) and has in recent times expanded its role into the community.

For many years now, the Northern Ireland Executive has been expending around £50-60 million per annum on urban regeneration across a range of programmes. This spend can cover anything from the multi-million land-assembly costs associated with major retail-led projects such as Victoria Square in Belfast City Centre, right down to small grants to community groups. Resources are broadly split evenly between what could be classified as physical development and community development.

While government is crucial to the process of urban renewal in Northern Ireland, there are also numerous private sector-led initiatives. The largest of these is the redevelopment and regeneration of a 185-acre slice of Belfast’s docklands now known as the Titanic Quarter.

This regeneration has had setbacks resultant from the Irish property market collapse but its central tourism offering the Titanic signature project has been a runaway success. However, this hugely ambitious regeneration has to date relied very heavily on public investment going in first.

In recent years, DSD has managed the Executive’s flagship community regeneration programme: Neighbourhood Renewal. This programme was modelled on a similar intervention in Great Britain which targeted resources at the 15 per cent most disadvantaged areas, objectively measured against an established index of multiple deprivation. In Northern Ireland, this comprised some 36 areas covering 280,000 people:

• six in the north west, including four in Derry; and

• 15 spread around the rest of Northern Ireland.

Neighbourhood Renewal was a highly structured intervention where the subject areas were tightly defined and representative partnerships were established, comprised of relevant statutory agencies and local political/community representatives, to draw up regeneration action plans against which funding could be drawn down.

In theory, the area plans would set out what the leaders in any particular Neighbourhood Renewal area, following community consultation, identified as priority interventions to meet the needs of that community.

Following this process, resources could be targeted at the specific priorities in each area and because the various statutory authorities were on board, the DSD money could, at least in theory, draw in funds from other departments to supplement the thinly spread Neighbourhood Renewal money.

Depite the huge effort that went into establishing 36 partnerships and drawing up 36 action plans the Neighbourhood Renewal programme has not been all plain sailing. There has been some concern about disparity in the quality of the action plans and the effectiveness of the partnerships from area to area and some of the statutory authorities have not committed resources in the way anticipated. However a mid-term review of the programme completed in 2011 concluded that in many of the key measures (such as worklessness, educational underattainment, and overall crime) the gap between Neighbourhood Renewal areas and the rest of Northern Ireland had been closing.

However, the review also found that the interventions should be more integrated with broad Programme for Government objectives and would be more effective if they were delivered on a programme as opposed to a project basis.

At the same time, the review recognised the work that had gone into the unprecedented community involvement which had been central to the Neighbourhood Renewal process, and concluded that this investment in capacity-building would provide a strong platform for future work.

Given all of the diverse activities underway in Northern Ireland under the general banner of urban regeneration, DSD has now produced the overarching framework which will attempt to guide future investment across the public sector. At its launch, Social Development Minister Nelson McCausland said: “It is acknowledged that there is limited clarity around the objectives and outcomes associated with urban regeneration and community development programmes we deliver … the policy framework, for the first time, establishes an overarching structure for the department’s activity.”

With the formal title of the ‘Urban Regeneration and Community Development Policy Framework’, it has the following four priorities:

2. Strengthening the competitiveness of towns and cities

3. Developing linkages between areas of need and areas of opportunity

A further benefit of the new policy framework is that it will provide strong direction and guidance at a time when urban regeneration and community development delivery is being completely reorganised. Apart from major strategic initiatives and the ongoing central role for DSD and OFMDFM, responsibility for delivery is moving to local government and the 11 new councils due to be established under the Executive’s Review of Public Administration. Indeed, the transfer of urban regeneration is the most significant proposed change to the roles of the new enlarged councils.

It is hoped that the councils with superior local insights will be better placed to deliver regeneration than central government has been in the past.

There is a sense, overall, that the Executive, after years of endeavour with its attendant successes and failures, has now found a preferred means for targeting increased urban regeneration resources, with ever greater focus, to get the best possible outcome for every pound spent.

In 2011, as part of the new Programme for Government, a new urban regeneration/community development fund was established within OFMDFM. The £200 million Social Investment Fund came in for some criticism for being indistinguishable from Neighbourhood Renewal – and therefore duplication – but its designers argue that it is different. One difference perhaps is that SIF has its roots in equality considerations and focuses on the need to remove barriers to overcoming disadvantage and not just the obvious symptoms of disadvantage.

Given that SIF involves an area-based approach and new partnerships and plans, it has taken time for money to flow. However, this means that most of the £200 million will be expended in a relatively short intensive period toward the end of the Executive’s Programme and Budget and it should have a very noticeable impact.