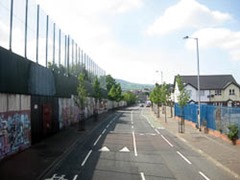 Anyone lucky enough to get tickets for one of the Van Morrison concerts in the Eastside Arts Festival this summer will not only have had a chance to see the last hurrah of Orangefield High School before it closed for good, but will have been reminded of the anthem of the peace movement ‘Days like this’.

Despite a relatively peaceful summer, the peace process remains somewhat fragile: failure to agree on the issues discussed during the Haass-O’Sullivan talks was closely followed by a financial crisis that threatens to scupper the shared political institutions.

At the time of writing, the British and Irish governments were re-engaging, new all-party talks were about to start and a watchful eye was being cast over the entire proceedings by the US Government.

A December deadline looms, for without progress by then the Executive is unlikely to have agreed a Budget for 2015-2016. Without an agreed Budget, is it possible for the Assembly to continue or will the election be brought forward by twelve months?

In the midst of all this, there were a series of unusual announcements on educational matters; unusual, that is, because they identified new areas of agreement.

The Executive agreed that Minister of Education John O’Dowd could bring forward legislation to create a single education and library board, now that the proposed single Education and Skills Authority has finally been laid to rest. In a characteristic quid pro quo, the longstanding call by the Protestant churches for a ‘controlled schools council’ was also agreed.

The First Minister and deputy First Minister presented a (rare, these days) picture of bonhomie when they announced funding of £33 million from the Executive and £25 million from Atlantic Philanthropies to support work on improved services for parents, support for people with dementia and their carers, and shared education.

His commitment to the idea had previously been evidenced by the shared campus initiative in which maintained and controlled schools will come together on the same site to share facilities, services and classes.

Right from the outbreak of the political violence in the late 1960s, people have looked to schools to do something to promote reconciliation, in part because our school system has been divided on religious grounds almost from its point of origin in the 1830s.

Educators have responded with special curriculums, programmes to bring young people together for joint activities or attempts to create religiously integrated schools.

All have been taken forward by inspirational educators but all have had limited impact – not least because the promotion of this social goal has never been treated as a serious priority by those leading or running the education system in Northern Ireland.

The shared education model, based on the idea of sustained collaborative networks, could provide the basis for new relationships between teachers, pupils, parents and communities right across Northern Ireland, and combine efforts at school improvement with a clear social and moral purpose. But for this to happen, there needs to be a recognition, at all levels of leadership, that a core purpose of education should be to help prepare young people to live and work in a divided society, or even better, enable them to become the architects of a new, peaceful and cohesive society. 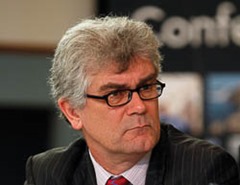 Sadly, a failure to recognise this is not some idiosyncratic characteristic of Northern Ireland.

Societies coming out of conflict often tend to focus on the ‘hardware’ of peace-building, such as restoring or replacing damaged infrastructure, rather than the ‘software’ of peace-building i.e. the processes that might help people deal with the legacy of violence and promote reconciliation.

So why should we be surprised that our politicians are finding it so difficult to find ways of dealing with flags, parades and the past – the issues which traditionally have divided us – when we have squandered opportunity after opportunity to give our young people the concepts, language and skills which would allow them to engage with these issues in more creative and constructive ways?

Twenty years after the paramilitary ceasefires, the fact that a settled peace remains elusive risks creating political instability that will undermine our potential to both encourage economic growth and make all communities feel they have a stake in maintaining the peace. When we talk of education, too often we focus on the human capital issues, the qualifications and results, to the exclusion of everything else.

Failure to recognise the equal importance of the social dimension of education – and its role in promoting a cohesive society – could turn out to be one of our biggest mistakes.

Tony Gallagher is Professor of Education at Queen’s University Belfast.