In 2006, the UN published a convention that for the first time included the explicit recognition to a child’s right to an inclusive education. 10 years later, Northern Ireland still hasn’t adopted many of that convention’s tenants. Bronagh Byrne, co-director of the Disability Research Network and senior lecturer in the School of Social Sciences, Education and Social Work at Queen’s University Belfast speaks to Odrán Waldron about what is to be done.

“The majority of children with disabilities are now educated in mainstream schools. Previously, the majority would have been educated in special schools, but their numbers are decreasing, and their places tend to be saved for those with the most complex needs,” Byrne says. “For example, I went to a mainstream school at second level [Byrne is deaf]. We have 23 per cent of children who have some kind of special needs in the educational system; that is a dramatic increase over the last few years. What we have seen is a rise in diagnoses of autism and behavioural challenges. Putting more children in mainstream education is not the answer, it’s what happens once the children are placed in the mainstream that matters.”

Byrne’s work is based around the rights of children and young people with disabilities, specifically around their rights to inclusive education under Article 24 of the UN Convention on the Rights of Persons with Disabilities (UNCRPD). The UNCRPD “made it very clear that all children with disabilities have the right to inclusive education” Byrne says. “My research is focused on what having these rights mean and look like in practice. How well are countries able to implement that?”

The answer to that question has been, so far, not very well. The worldwide financial situation of 2009 worsened over the first half of the current decade and the funding to create the kind of radical change called for in the Convention proved unavailable. Education budget after education budget was slashed in Northern Ireland, leaving the current situation. “Schools are seeing their budgets cut quite significantly and that is impacting on inclusive education and the children aren’t able to gain access to the supports that they need,” Byrne says.

“Classroom assistants that they have had in the past, both the entitlement to them and the time spent with them are decreasing. Teachers face massive challenges in dealing with budget cuts and we’re finding that children with disabilities are missing out. While our mainstream education might be called inclusive education, in reality what’s happening on the ground is a lot of children being excluded. They’re not able to access the curriculum in the same way as children without disabilities. 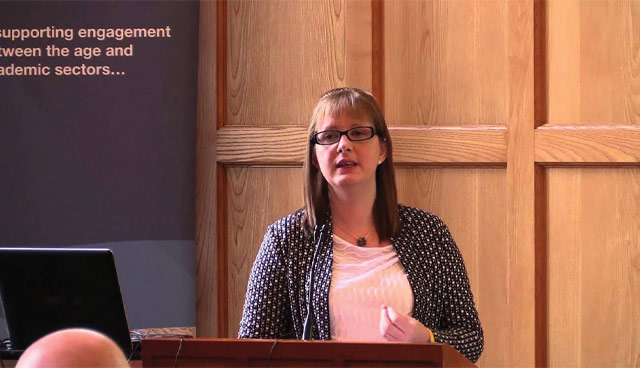 There are things out there that we can all learn from, but there’s no reason why we can’t develop a system of best practice ourselves. We’re a small region, we need to stop looking to what other countries can do or have done and develop our own way of doing things.

“Another big issue is the delay in supports: for children with disabilities to access legal supports can take up to two or three years, so you can imagine the impact that has on their education while they wait for support and their schools can’t provide anything in the meantime. There’s a lack of awareness too because teachers don’t have the time to go on training courses. I’m concerned that we may be reaching a crisis point in terms of the lack of funding and supports available to these children. Their UN-mandated right to education is simply not being met.”

Of course, when any funding conversation takes place, the absence of the Stormont Assembly and Executive is an unavoidable topic. “The absence of an Assembly is absolutely making things worse,” Byrne says. “We’re not able to get budgeting decisions implemented. A new Special Educational Needs and Disability Framework was adopted in 2016, but there needs to be a set of regulations developed for it to be adopted into practice. Civil servants can develop that only so far, there needs to be an Executive for it to be fully adopted.”

There are solutions waiting once that funding arrives, Byrne says: “More teachers is one way of addressing it. Another way is making disability awareness training a compulsory part of teacher training in the first place. We have organisations calling for mandatory autism training and that’s a big issue because we see more children being diagnosed with autism and placed in mainstream schools, where teachers have no idea how to best support them. What we need is patience and awareness in the teachers in terms of how to work with children who have autism. Compulsory special educational needs training during the PGCE would be a good starting point, along with allowing the time for teachers to go out and undertake training to continue their professional development.”

The UNCRPD has been signed up to by almost 180 countries worldwide, including the UK, and one of its main contentions is that special schools are institutionally discriminatory due to their separation of children with disabilities from mainstream education. Northern Ireland still operates a number of special schools and thus is in contravention of UN human rights law. How can that be addressed in a manner that doesn’t simply result in the dumping of children with special needs into an ill-equipped mainstream?

“If we took children from special schools and put them in mainstream schools, those children would simply not get an education at the moment,” Byrne says. “Children with the most significant disabilities are being excluded; they are not getting their right to inclusive education met whatsoever. We need to take a step back and be more creative and innovative with how the whole system is designed in a way that could save money in the long term.

“I’ve looked at what’s been happening via the UN in over 70 countries. There doesn’t seem to be any really good practice that has been recognised, which is disappointing. Italy and parts of Canada are recognised as being very progressive in trying to challenge the discourse but there’s a lack of evidence in terms of what works. There are things out there that we can all learn from, but there’s no reason why we can’t develop a system of best practice ourselves. We’re a small region, we need to stop looking to what other countries can do or have done and develop our own way of doing things.”

For Byrne, there is a path to inclusive education, and it starts with an inclusive conversation that encompasses mainstream and special schools, along with parents and, crucially, children with disabilities themselves. “We need to listen to the children because if we can’t make things better for the children currently in education, then what hope do we have of ever moving forward? We don’t want inclusion that’s simply a tick box exercise. We’ve been there and done that with so many policies in Northern Ireland. It’s time that we start talking about meaningful inclusion. So far, children with disabilities have been excluded from the debates despite the fact that they’re the ones experiencing the situation,” she says.

She concludes: “The Convention clearly states that children with disabilities have the right to express their views and for those views to be taken into account; that’s simply not happening. No matter what their disability is — whether they are verbal or non-verbal — they can have a voice and that needs to be recognised.”