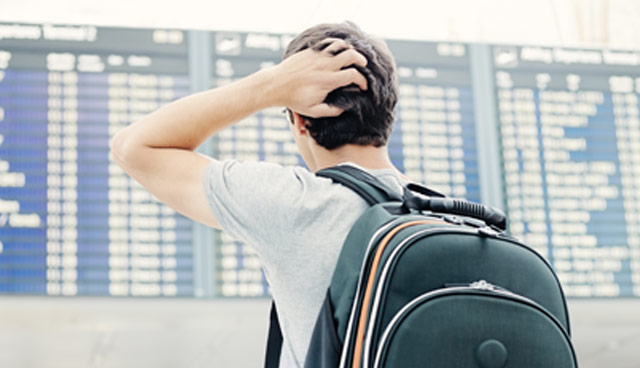 agendaNi examines the key themes to emerge from the Department for the Economy’s response to the UK’s Migration Advisory Committee (MAC) relating to the economic and social impact of international students in the UK.

In August 2017, the UK Home Office commissioned the MAC committee, a group of internationally recognised experts responsible for advising the government on migration issues, to assess the social and economic impact of international students in the UK as part of a crackdown on what they deemed to be “immigration abuse from poor quality institutions that were damaging the UK’s reputation as a provider of world-leading education”.

Prior to reporting back in September this year, the inquiry issued a call for evidence and were responded to by Andrew McCormick, then Permanent Secretary of the Department for the Economy, with responsibility for economic development and higher and further education finance and policy, highlighting Northern Ireland’s particular issues and priorities.

Latest analysis carried out by Viewforth Consulting estimated that the output of Higher Education Institutions (HEIs) in Northern Ireland on the UK economy in 2012/13 to be £1,890 million, of which £1,623.6 million of which was accrued in Northern Ireland.

Writing to the MAC Committee, McCormick points out that the Graduating to Success strategy published in 2012 and running to 2020 identified the need for increased internationalism in Northern Ireland.

“Northern Ireland’s political past and its consequent impact on inward and outward student mobility and investment, led to a lower share of the international student market than would otherwise have been the case,” he said.

As well as the social contribution of offering greater diversity in Northern Ireland and the benefits which flow from that, international students also add an important financial contribution. EU student fees are currently set at £4,030 per annum with the Department providing further funding through a teaching grant. Given however, the shortfall between Northern Ireland’s university fees and those attained by their counterparts (£1,000 and £2,500 per place in England and Wales respectively), international student fees are adjudged to be “uniquely important to Northern Ireland institutions in generating income and enabling them to continue to maintain and develop high quality teaching and learning for local students”.

In 2015/16, 21.5 per cent of full-time postgraduate enrolments in Northern Ireland were from outside the EU. Pointing out that these students are important to enhance the quality of teaching and research, while opening doors to further international partnerships and collaboration, McCormick described it as “critical” that the number of international postgraduate students is maintained and where possible enhanced.

McCormick described it as “vital” that any future UK policy on visas takes account of salaries across the UK. Pointing out that the Northern Ireland’s average salary for newly qualified graduates is lower than the UK average, he outlines that this can cause problems not only in the retention of international graduates transferring to tier two visas but also on the ability of Northern Ireland institutions to attract international students in the first place.

He also highlights that this may also further hamper Northern Ireland’s ability to compete with the Republic of Ireland in attracting international students, adding: “This is exacerbated further by the attractive visa arrangements in the Republic of Ireland which enable students to remain for up to 24 months post-study for the purposes of seeking employment.”

The Viewforth Consulting report also estimated that the Further Education (FE) sector generated over £524 million of output in Northern Ireland from college and student off-campus expenditure. In 2013/14, it contributed almost £300 million to GVA, which was around 0.9 per cent of GVA in Northern Ireland.

The sector, which makes a vital contribution to Northern Ireland’s economy by developing the skills base of the workforce, “has become increasingly focused on the need to operate in an international arena and to equip their students and staff with the skills to work and compete in the global economy”.

The Erasmus + programme is highlighted as being the most significant programme of student mobility, allowing Northern Ireland students to experience different cultures and serving as a marketing tool to attract students. Between 2014-2016, Northern Ireland accessed €9.29 million under the mobility strand of the programme, which represents 5.1 per cent of the total UK drawdown for these sectors. As McCormick highlights, this is “considerably more than the 2 per cent that we would normally expect”.

He adds: “The institutions would be keen to ensure that they have access to this and similar programmes in the future and that the status of UK and EU citizens would enable full participation.”

He concludes: “Whilst the higher and further education sectors in Northern Ireland recognise the need for controls in immigration, they are of the view that international students should not be part of any immigration target.

“They believe that it is important that real and perceived barriers to enrolment of genuine international students are reduced in order to allow our institutions to expand recruitment, to attract the brightest and the best and to enrich their student population.”