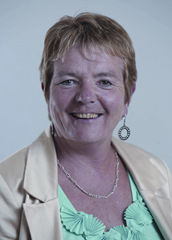 How childcare contributes to Northern Ireland’s economy and well-being.

An independent survey, carried out by iReach Market Research and commissioned by Early Years – the organisation for young children, has highlighted how the voluntary and independent childcare and education sector in Northern Ireland has a major contribution to make to the overall Northern Ireland economy.

The survey provides a robust and representative assessment of the contribution of the voluntary and independent childcare and education sector to the Northern Ireland economy and society. This is the first comprehensive survey of such early childhood providers in Northern Ireland and the three key elements of this study relate to: the financial contribution to Northern Ireland’s economy; trends in diversity and inclusion policies and strategies and workforce; and staffing and qualification standards in the sector.

The voluntary and independent members of Early Years support the needs of almost 32,620 children – an estimated 12,500 families and currently employ 6,540 staff. This in turn contributes £55.5 million in salaries, with a further £14 million spent in the wider economy on overheads, annual running costs and capital investment programmes.

Other key findings include:

Even with current economic conditions, 81 per cent of respondents are operating at over 80 per cent capacity. This is estimated to account for 523 facilities.

40 per cent are operating at 100 per cent capacity which is estimated to account for 258 facilities. This is a very positive sign that the sector is still a very viable element of the Northern Ireland economy.

Meeting the needs of parents

The study identifies that a large proportion (60 per cent) of facilities tries to meet parent need through individual discussion, surveys and liaising with Early Years and Health and Social Services teams. This has resulted in changes to opening hours and other adjustments in order to cater for children with special needs.

The provision of childcare services directly supports the wider working community, so it should be noted that any reduction in available places or reduced services in Northern Ireland will limit the options for employment of parents, further impacting on economic pressures.

Staff salaries are the most significant cost for facilities estimated at £55.5 million based on employment levels of 6,540 salaried staff. These numbers are augmented by an additional 1,200 volunteers (including 600 volunteer helpers who work directly in settings) who lend a helping hand for free.

The fact that we generate so much in terms of salaries and investment highlights just how far the sector has come and the role it plays in the Northern Ireland economy. However, our reach is so much more significant than that. The voluntary and independent sector provides for children with a range of special educational needs, contributes significantly to the building of a shared society through the provision of services on a cross-community basis, and actively promotes equal opportunities and anti-bias policies, with more than half the settings implementing our flagship Respecting Difference Programme.

The Northern Ireland Executive is committed to putting in place a 0-6 Strategy and an Integrated Childcare Strategy during the Programme for Government period for 2011-2015. These strategies must address the issues highlighted in this report. If they do, the early years sector in Northern Ireland will be able to rise to the challenge of providing high quality, affordable, accessible childcare and education for all children and families.

Early Years – the organisation for young children currently supports 97.8% of the voluntary pre-school sector and 76.3% of the independent daycare sector.

For further information on Early Years visit www.early-years.org or telephone