Irish physicist J.C. Séamus Davis, a professor at University College Cork and Oxford University, as well as an emeritus professor at Cornell University, who was awarded the Olli V Lounasmaa Memorial Prize in 2020 for his contribution to quantum physics, outlines the practical repercussions of a move to superconductive quantum computers.

Programmable electronic computers have been available to governments since the 1940s, to businesses since the 1960s and to individuals since the 1980s. Today, the world’s fastest conventional supercomputers (Summit and Fugaku) achieve more than 1020 operations per second, the computational equivalent of about 100 billion iPhones or about one human brain. We all appreciate the vast and revolutionary changes wrought by such information technology on human society and life. What is less well appreciated is that all this computing power is utterly inadequate to address many of the gravest challenges now facing our civilisation.

Examples of these challenges include: first-principles design of biomolecules with the complexity of the Covid-19 spike protein; prediction of the consequences from engineering the human genome; prediction of the Earth’s climate and ecosystems decades in the future; prediction and discovery of extraordinary new materials for advanced technology; optimised management of individual and institutional logistics at largest scales; optimisation and stabilisation of the global financial system; or encryption and especially decryption of corporate and national data.

A key characteristic of such profoundly difficult problems is that the state of any element in the system depends on the simultaneous state of many (perhaps all) other elements. At relevant scale, these problems are completely intractable to conventional computing.

The promise of quantum information technology (QIT) is to accelerate computation to the point that these and many other undreamt problems can be solved. This has generated a wave of quantum computer initiatives and start-ups that is fast becoming a tsunami. Among the leading companies now focusing on quantum information technology R&D are: for superconductive qubits IBM, Google, Rigetti, Alice&Bob and IQM; for atomic qubits ColdQuanta and AtomComputing; for ionic qubits Honeywell, IonQ and Alpine; and for photonic qubits Xanadu, PsiQuantum and Orca.

All this accelerating innovation is motivated by the dream of replacing our conventional, semiconductor-based systems, with a radically new and far more potent information technology based on the full power of quantum physics.

Quantum mechanics is the most successful of all physical theories, correctly describing, explaining and predicting phenomena from quarks to stars. Present technologies such as magnetic resonance imaging, atomic-clocks for GPS, lasers for fibre optic data networks, wireless receivers for 5G and many more, all operate based on quantum mechanics. But the full potential of quantum physics for advanced technology is still far from being achieved.

Consider the simplest quantum system, one with just two possible states and often referred to by engineers as a ‘qubit’. To visualise the counterintuitive properties of such systems, Schrödinger famously used the meme of a cat with two possible states: dead or alive. Physicists, more prosaically, label these same two states as |0 ⟩ or |1 ⟩. Typically, the qubit is stable in its lowest energy state |0 ⟩ but it can be boosted into the higher energy state |1 ⟩. Key for quantum computing is that the qubit can be placed in a mixture of both states α|0 ⟩+ β|1 ⟩, a situation Schrödinger described as his cat being both dead and alive at the same time. This quantum mixed state is unavoidably vulnerable to decoherence, in which the qubit spontaneously falls back to the low-energy state |0 ⟩, and the quantum mixture is destroyed. Decoherence is the most pernicious enemy of quantum computing.

Quantum entanglement occurs when there are two Schrödinger cats that interact with each other. Suppose one cat is blue and with possible states α|0 ⟩+ β|1 ⟩ and the other red with states γ|0 ⟩+ δ|1 ⟩. As they interact, the overall state of the two-cat system can evolve into a|0 ⟩ |0 ⟩+ b|0 ⟩ |1 ⟩+ c|1 ⟩ |0 ⟩+ d|1 ⟩ |1 ⟩. This is a quantum mixture of both cats dead, blue dead with red alive, blue alive with red dead, and both cats alive, with all four possibilities coexisting at the same time.

John Stewart Bell, one of Ireland’s greatest physicists, showed theoretically how this extraordinary situation can and does occur in nature. So, entangling two qubits creates four simultaneous arrangements, entangling three qubits, eight arrangements, and so on. Completely entangling N qubits with each other would then create up to 2N possible arrangements, all coexisting at the same time. This exponential increase of controllable information, which was first pointed out by Richard Feynman, is the deep reason why quantum computers hold such promise.

For conventional computers, calculation speed can be increasing by splitting a calculation into N subsets and then carrying out each sub-calculation in parallel on one of N central processing units (CPU). That’s the basis of high-speed video processing, today. Obviously, to quadruple the speed by using parallel processing, one must quadruple the number of CPUs. So, to increase the speed of conventional computation by a factor of say 250 in this manner, one would need to build about a million billion CPUs in parallel. An absurd proposition.

Now consider a 50 qubit quantum processing unit (QPU). If every qubit were entangled with all the others, then 250 possible arrangements would coexist at the same time on the QPU. In principle, this would allow 250 calculations to occur in parallel on one single QPU. And 50 qubit QPUs are not absurd. Elementary versions already exist and function, although complete entanglement of all qubits is still impossible. Thus, even though profoundly challenging to quantum engineers, deeply frustrating to corporate investors, and highly concerning to governments, the promise of quantum computing is also extremely attractive. 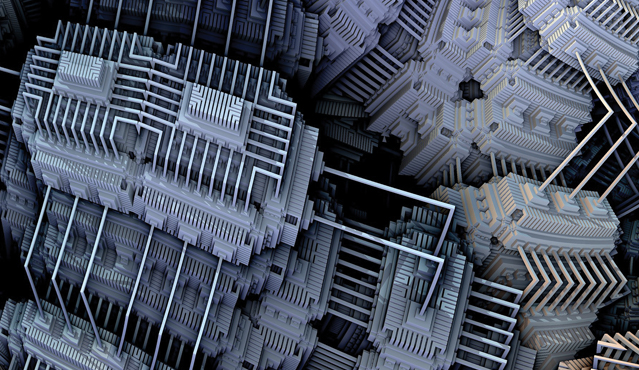 “Next in urgency, we need to create an extensive quantum science and technology ecosystem in Ireland.”

For any practical implementation, a quantum computer must consist of N qubits, each individually quantum coherent, controllable and measurable, and capable of at least pair-wise quantum entanglement. Several quite distinct device platforms have been developed as the basis for quantum computing.

Atomic quantum computers consist of a row of atoms, often Rubidium, held in position at ultra-high-vacuum by laser light. Because these are atoms, maintaining quantum coherence is straightforward, controlling each by a separate laser is possible, and multi-qubit entanglement has recently been demonstrated.

Ionic quantum computers are also based on a row of atoms, but in this case each is electrically charged and held electrostatically in position at ultra-high-vacuum. Control and entanglement is achieved by lasers, analogous to the atom case.

Photonic quantum computers operate based on photons – quanta of light. On-chip semiconductor photonics is used to generate photons, each of which can be configured as a qubit, controlled by optical devices, and read out by superconductive single-photon detectors. A key long-term advantage of photonic quantum computing would be a capability to operate in air at room temperature, but this milestone has not yet been reached.

In the 1940s, a data bit could be stored and manipulated using mechanical latches, punch cards or electrical vacuum tubes. Few could then have predicted that the ultimate device platform for convectional information technology would be the semiconductor transistor. For quantum computing, we now find ourselves in the analogous situation. A number of functioning device platforms exist, but which of these, if any, will eventually dominate quantum information technology is unknown.

Although technical roadmaps have already been developed and published for each of these platforms, the utility of any given roadmap remains uncertain because the ultimate destination is unknown. Nevertheless, cloud-based access to quantum computing services using a variety of experimental platforms is already flourishing, and uptake by universities, corporations and governments is accelerating rapidly.

“The final strategic decision we now face is whether to enter that scientific premier league.”

Because of the potential for revolutionary technological, scientific and economic change, along with the uncertainty on whether and how this will occur, flexible strategic planning is required. At the most elementary level, we need a documented national quantum technology policy, based on the global status quo of QIT and outlining a strategic framework within which to move forward.

Next in urgency, we need to create an extensive quantum science and technology ecosystem in Ireland. Starting from today’s strong baseline of quantum research skills, we should expand and accelerate education and training of scientists and engineers in quantum physics, quantum devices, quantum software, and quantum computer operations and applications. Developing this quantum-skilled workforce could probably be achieved without reinventing the wheel, based on existing commercially available quantum computer technology.

Finally, there are the profound scientific and technical barriers to commercialising compact, economical, ambient quantum computing and a quantum internet. That goal is probably decades away and, for Ireland to pursue it, large scale investment in leading-edge quantum research and development would be required. The final strategic decision we now face is whether to enter that scientific premier league. 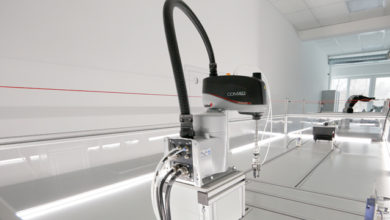