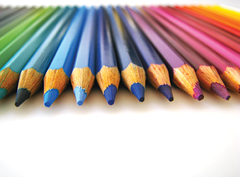 The Department of Education’s review of the Special Educational Needs and Disability Order has been scrutinised by the Assembly’s Education Committee, with members calling on officials to listen to the potential problems raised by children’s campaigners and teachers.

Education Minister John O’Dowd hopes to bring a policy memorandum to the Executive before the summer recess but is prepared to take longer if necessary. “I would much prefer to get it right than just log it with the Executive at that point,” he told committee members.

Once the memorandum is approved by the Executive, the legislative changes will go back to the Assembly and the revised code of conduct will go out for public consultation.

Introduced in 2005, the Order sought to bring more children with special educational needs into mainstream schools so that they can integrate better into society. Schools must not to treat disabled pupils and prospective pupils less favourably for a reason relating to their disability. They must also make “reasonable adjustments” to policies, procedures and practices so that disabled pupils are not placed at a “substantial disadvantage”.

Complaints from parents may be settled informally but parents can also take legal action through the Special Educational Needs and Disability Tribunal within two months of a decision by an education and library board. The Expulsions Appeal Tribunal can also hear cases.

Danny Kinahan, the committee’s Deputy Chair, has warned that teachers are already overloaded by the Order and will now have to take on more work, as a result of the review.

One school was unable to assess 30 children on its rolls. “Teachers,” he warned, “already don’t have enough teaching time, without being expected to re-train in many areas and come up with extra teaching plans.”

The Department of Education plans to reduce the current five stages of assessment to three: within school; within school plus external support; and co-ordinated support plans (CSPs, which replace statements). It says that the current system results in inconsistencies, as some schools cope better with the administrative demands than others. Changes would be made by amending the revised statutory code of practice.

Several organisations have told the committee that they prefer the five-stage system. The Children with Disabilities Strategic Alliance is wary of in-school assessments, which form the focus of the department’s plans.

The Ulster Teachers’ Union fears that children and teachers will face more disruption in the classroom unless adequate funding is allocated. “Inclusion only works if all children in the class are receiving the best possible experience,” General Secretary Avril Hall-Callaghan emphasised. She explained that children with special needs are vulnerable to bullying but can fit in well if they have a one-to-one classroom assistant: “Our fear is that cuts could affect that support, without which a teacher could struggle to give that child the support it needs, as well as the other 30 in the class.”

Teachers in special needs schools regularly experience disruption, verbal abuse, intimidation and, in some cases, physical assault by pupils. Hall-Callaghan warned that mainstream schools could experience more of those problems. “Too many [teachers] still feel they don’t get enough understanding about the difficulties they face in the classroom and often feel there’s little point reporting cases because the support isn’t there to deal with them,” she stated. The union wants to correct the “unspoken understanding that such behaviours are to be expected as part of the job.”