In the absence of an Education Minister, the Department of Education is progressing on a draft framework for Special Education Needs (SEN) including developing a new Code of Practice and a revised draft of the regulations. At a time when budget pressures are at an all time high, there is recognition that increasing SEN service demands are increasing pressure on the system and the area needs targeted intervention. agendaNi asked the education spokespersons of each of the five main political parties for their view on the priorities of a future framework. 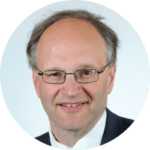 Education in Northern Ireland is facing a myriad of challenges including the crisis in funding for schools, restructuring the school estate, the need to address educational underachievement, reform of the inspection regime and a step change in the levels of childcare provision. However critical amongst these challenges is providing special needs education which is fit for purpose in a rapidly changing environment.

Objectively there should be much to be proud of in our special needs provision. There are more pupils receiving assistance than ever before, with greater resources, in part through very positive developments with some children who a generation ago would have conditions that remained undiagnosed or would have received far less education or may even have medically struggled to survive.

Despite this, we seem to be in a vicious circle with escalating and potentially unsustainable rises in costs, accompanied by growing parental concerns that the statementing process is prolonged, specialistic places oversubscribed and interventions delayed and insufficient, with accusations of a dysfunctional support mechanism from the Education Authority (EA).

The route to improve the situation potentially lies with the new SEN framework. This should lead to greater accountability and responsibility for schools, social services and the EA, and a stronger role for parents and children. Disgracefully progress has been slowed by those who collapsed the Executive, with only the primary legislation passed, but the regulations, codes of practice and capacity building delayed in the absence of a functioning Executive.

The framework represents a golden opportunity for a step change for some of our vulnerable children. It will only be realised if it either produces, or at least is part of a wider process that produces a system with more tailored support, alongside earlier and more focussed individual interventions. 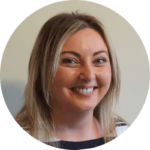 There is no disputing the need for a new approach to special educational needs. A new framework will need to be ambitious and coupled with the resources it needs to make an impact.

The Department of Education is operating on a budget which is over £200 million less than it was nine years ago. The financial situation is stark and the pressures are rising. The number of children with special educational needs is increasing year on year placing an already under resourced budget at crisis point.

The EA overspent its budget in the last financial year by £17 million, £12 million of which was spent on the area of SEN. The British Government must recognise the pressure facing the system and follow through with a radical programme of investment in the sector.

Recently I met with the leadership within the Education Authority on the back of the deeply concerning allegations of malpractice in their SEN department which appeared in the media. I stressed the need for an independent investigation into the allegations or at the very least for there to be independent oversight into any internal review.

There are difficulties within the EA and they must be addressed swiftly and competently in advance of any new SEN framework. How EA communicates with parents is something that requires an immediate step change and is something I have been consistent in challenging them on.

Communication and transparency will be paramount in the time ahead if EA is to re-establish trust with parents and also if it is to restore their own reputation, which has no doubt suffered in recent times.

As Sinn Féin’s spokesperson on Education, what I want to see and what my party wants to see coming out of any new SEN framework is a renewed and genuine commitment to co-operation across departments. I want to see the child placed at the heart of any process with their needs and their educational outcomes prioritised. 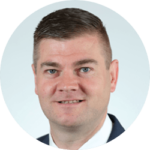 We are letting some of the most vulnerable children in our society down. We are not meeting their needs effectively and we are not educating them to their fullest potential. The need for a holistic Special Education Needs Framework is clear and urgent.

One part of the Framework has already been implemented (SEND Legislation) but too much still has to be developed. And the lack of this fully implemented Framework is having a detrimental impact upon our children and is something I see day and daily in my constituency office and have to address as the SDLP Education Spokesperson.

Whether it is failing to properly diagnose a child’s needs in time, failing to get the correct school-setting for a child’s education, failing to transport them to school in a timely fashion, failing to have the proper resources for teachers in the classroom or failing to equip our teachers with enough skills to teach our children; the word failing is repeated over and over again and this must be addressed.

The Education Authority does not articulate what it needs and this has to change. They are too defensive when it comes to questioning or challenge from parents, professionals, politicians or other stakeholders.

We must collectively acknowledge what the flaws in our system are and then develop the framework so we can effectively tackle the issues our current pupils are facing and, as important, begin the process of early and effective interventions for our next generation so that moving forward:

Ensuring that the most vulnerable in our education system get the best possible start and the additional needs they have are assessed and met and don’t become a weight around their educational journey preventing them from flourishing. 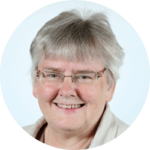 The Northern Ireland Order 1996 increased greatly the responsibility on schools to ensure that each child regardless of their ability reached its full potential, including a child with special educational needs.

This placed schools in the sometimes challenging position of developing and implementing provisions for all children. As a former teacher for over 30 years I saw closely how the needs, as well as increasing complexity of support, for all young people have changed. It’s undoubtedly a positive thing but it has left serious demands on an already under-resourced system.

Schools have taken major steps forward in accommodating young people of all needs, including through the appointment of SENCOs (Special Educational Needs Co-ordinators), but as demand and awareness of additional needs have grown, support and assistance for schools has not kept pace.

As a result, we are sadly seeing long waiting lists, often years in many cases, following referral to school psychologists, followed by even longer waits on appointments with paediatric specialists to confirm medical conditions. Sadly, I believe the current system of assessment is no longer fit for purpose.

Even before the 2016 Special Educational Needs and Disability Act there was already a great shortage of both educational and health professionals, together with peripatetic staff that visited schools to support the child, the parents and the teachers. Pressures have grown on teachers to quickly learn to work with the wide range of needs of young people entering mainstream education.

It’s obvious that there needs to be much greater cooperation and collaborative working between the Department of Health and Education, as well as through the Education Authority and Health Trusts if the 2016 Act is to have the required impact.

The child must be the focus of the educational experience for all stakeholders whether parents, pupil or teacher. An everlasting memory of a parent having to fight for the rights of their child cannot be tolerated.

A financial review of the education budget, as well as ring-fenced support for SEN, I believe is the only way forward. 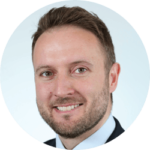 Access to safe, inclusive and equal educational opportunity for all children and young people, but particularly for the over 76,000 pupils in Northern Ireland with special educational needs, is one of the most important areas of public service provision. The systemic failings and inadequate resourcing of this provision, therefore, requires urgent and comprehensive review by the Permanent Secretary of Education in the unacceptable absence of a Minister for Education.

Special Educational Needs provision was easily the most frequently considered issue at the Assembly Education Committee during my regrettably short tenure as deputy chairperson, due to the Executive collapse. Difficulty accessing the process of applying for a statutory assessment and statement of special educational needs, inadequate educational psychologist support, proposed reduction to SEN nursery provision, reconfiguration of SEN schools, serious SEN transport problems and even allegations of malpractice in relation to the inappropriate seclusion and restraint of SEN pupils are all matters for concern.

These concerns are well documented and the former Education Authority CEO warned in 2017 that without radical investment and reform the education system would become unaffordable, socially immobile and unfit for the 21st Century. The Northern Ireland Audit Office June 2017 report also found that, despite the accepted importance of early intervention, inconsistency and delay in assessment and provision of special educational needs persists and made a series of recommendations for action including the full implementation of the Special Educational Needs and Disability Act 2016, the subsequent SEN Regulations and SEN Code of practice.

Children with SEN continue to achieve and dedicated educationalists continue to deliver best practise under severe pressure but the scale of the systemic challenge and budgetary crisis faced by the Education Authority requires urgent intervention and fundamental review by the Department of Education, the leadership of a Minister and the scrutiny and support of an Assembly.