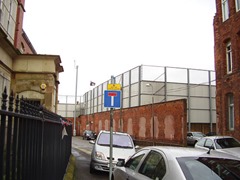 Segregation has slightly decreased but a strategic review of the problem has been held up.

The Community Relations Council’s Peace Monitoring Report indicates that Protestants and Catholics are more willing to live together in 2011 compared to 2001, based on the Census results for each year.

Each of Northern Ireland’s 582 wards tends to cover a specific local community. Wards have between 700 and 9,500 residents but their average population is 3,100.

Wards should not be confused with district electoral areas, the larger units used to elect councillors.

Less segregation does not necessarily mean less tension. In many parts of inner city Belfast, the Protestant population is in long-term decline as local people move out to the suburbs and new immigrants move in. Those areas are therefore more mixed while nearby areas remain strongly Catholic.

The Housing Executive does not record the religious background of tenants but it is obliged to monitor its waiting lists, to ensure that applicants are housed in safe areas.

In September 2012, the waiting list across Northern Ireland was relatively balanced: 41 per cent Catholic, 36 per cent Protestant, 9 per cent other and 13 per cent unknown. It’s important to note that the proportion of people from other religions – mainly immigrants and those from ethnic minorities – is significantly greater than their share of the population: 0.9 per cent.

North Belfast’s waiting list was 48 per cent Catholic, 22 per cent Protestant and 30 per cent other and unknown.

The 2012 Northern Ireland Life and Times Survey indicated that 71 per cent of respondents wanted to live in a mixed religion neighbourhood, with the same level of support across both communities.

The Housing Executive has sought to overcome segregation through its Shared Neighbourhood Programme, which encourages good relations in mixed working class areas. It also gives applicants the option of choosing mixed housing, as opposed to living in majority Catholic or Protestant areas.

In an Assembly debate in June 2012, the Alliance Party proposed a “landmark review of segregation” and a duty on the Housing Executive “to promote and protect all housing as mixed.” The DUP and Sinn Féin claimed that the approach would be unworkable.

Alliance’s proposed review would look over a 25-year timespan and cover:

• legislation to produce and underpin change;

• protection for minorities against hate crime; and

• the use of symbols and cultural displays.

The motion was rejected by 62 votes to 18 with Alliance, the SDLP and Green Party in favour and the unionist parties and Sinn Féin against.

“Social housing integration can take place only where there is a desire and willingness to do it,” Minister Nelson McCausland said last October in his most recent comments on segregation. “In many places, that is not the case.”