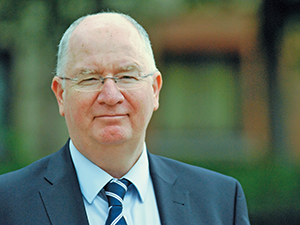 Michael Maguire talks to Adam Morton about the challenges facing the office of the Police Ombudsman, his approach to the role and his hopes for the introduction of a Historical Inquiries Unit.

First established 15 years ago, the office of the Police Ombudsman for Northern Ireland was set up to help build confidence in the new policing environment that followed the Good Friday Agreement and the Patten Commission’s report. The office was designed to create an independent and strong police complaints body with a particular focus on accountability in policing. As such the office has the power to recommend discipline for officers, the power to decide what is a complaint and how it should be investigated and the power to open investigations into issues of concern irrespective of whether there has been a public complaint or not.

The current Ombudsman is Michael Maguire. Before taking up the post in July 2012, Maguire was the Chief Inspector of the Criminal Justice Inspectorate in Northern Ireland. He also spent 18 years as a management consultant and was formerly a member of the Economic Development Forum. Reflecting on what his previous experiences have helped him bring to the role, Maguire believes that coming from outside the justice system allows him to adopt a different approach.

Maguire also revealed how his role as Chief Inspector of the Criminal Justice Inspectorate has been a particular advantage. “I was one of the parties that conducted a report into the independence of this office, particularly in relation to legacy issues,” says Maguire. “That report was critical of the way the office had handled legacy cases and stated that the office’s independence had been lowered.

“I made a series of recommendations to address those issues. When I wrote that report I had no sense that I would be sitting here now. When I became Ombudsman I was faced with the case of having to implement my own recommendations which was unusual but at the same time, gave me a head start on the range of issues that needed to be addressed.

In his role as Ombudsman, Maguire claims no two days are the same as the range in nature of the complaints requires many different types of engagement. Typically, the role involves meeting with lots of different people from those who have been involved in a very serious incident the previous weekend, to those who have a complaint about historical issues. On top of this, Maguire frequently meets with senior officials within the PSNI and the Department of Justice. 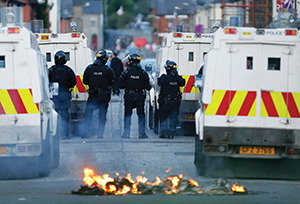 Speaking about the differences in this role from his previous jobs, Maguire acknowledged that this role allows him to meet more people on the ground but claims that this hasn’t necessarily led to a difference in the way he deals with individuals.

“Any working environment that you are in is a people based business,” Maguire states. “Engaging with people is no different in any role. Quite often in answering individual complaints there is a systemic issue. It isn’t necessarily about the specifics of an individual complaint. This approach is perhaps adopted from my previous experiences but I often try to assess if there is a more systemic issue at play.

“All too often when you are looking at issues, yes there are actions of individual officers that may or may not have fallen below the standards but also there can be a systemic issue.”

Talking about what he has learnt in his time in office, Maguire, acknowledges the transformation of the office has provided a lot of valuable learning, as has his transition to the public sector.

“Personally, one of the things that continually surprises me is the speed of decision making that can exist within the public sector. It can be desperately slow. I have had to learn patience. I spent 18 years in the private sector as a partner in a consulting firm and things happen quite quickly. In many ways the culture here is different, you can take time to think about things in a way I couldn’t before and I have had to learn to adapt to that.”

When quizzed about the challenges facing his office, Maguire is quick to highlight the financial limitations of the office and the problematic issue of Northern Ireland’s past. “We face challenges on a number of different levels,” admits Maguire. “Firstly, the issue of funding. My core budget has been cut by 15 per cent since 2010 and is due to be cut again next year. We take 3,000 complaints a year and that number has been fairly consistent so to be able to deal with those in a timely fashion requires us to have the resources to do the job properly.”

The second issue Maguire feels presents a challenge is the legacy of the past. He has continually argued for the establishment of a Historical Inquiries Unit (HIU) and as complaints relating to the past have doubled during his time in office, it is clear to see why. 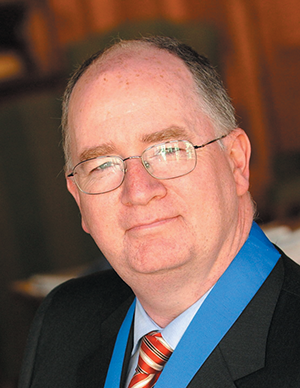 “We don’t have the necessary resources to do the work in as timely a way as I would like for people that have been waiting for many years,” states Maguire. “I am hugely supportive of the concept of the HIU because it will be better resourced and will provide the answers to some of the inequities to the fragmented and ad-hoc way we deal with the past at the minute.

“I have often spoken to some of those politicians who have been critical of the office because it looks only at the police, not the paramilitaries and the military. My response to that criticism is that they are absolutely right, but as a politician, if you don’t like it, change it. HIU is an attempt to provide an improved response to dealing with the past and it is one I am supportive of.”

Looking ahead at what he hopes to achieve during his time in office, Maguire says he is pleased with progress in the process of reform but states that he has no grand designs for the office. He does however want to ensure that at all times it seeks to address the imbalance between the police and the citizen and feels that having more resources at his disposal would be extremely beneficial.

“I think in terms of our core service there are things we can do to improve it and help bring answers on a more timely basis but quite often that is resource driven and there are only so many cases individual investigation officers can deal with at one point in time,” Maguire says. “There are cases I would like to get round to dealing with more quickly, that includes both legacy and current cases and with more resources we could.”

Reflecting on his time in charge, Maguire is proud of where the office has come from and the direction it is currently heading in. “We have made quite a number of organisational changes,” he admits. “The management team that was existence in 2011 has changed, a new Chief Executive and new appointments at director level have been made and this change has cascaded down throughout the organisation.

“We also adopted a different approach, quite often looking at things in ways we hadn’t before which led to a more coherent view across the office and to a more coherent understanding of the message we wanted to get out to the citizens of Northern Ireland about the work that we do.”