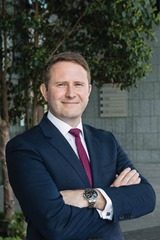 Police forces worldwide are struggling to meet rising citizen service expectations but an integrated approach to service delivery can help forces to overcome the challenges they face, write Tim Godwin and Kevin Duffy of Accenture.

The ease of travel, more open borders and digital technologies have globalised criminality, making it far harder to contain and prosecute. New technologies have also helped spawn new kinds of crime while facilitating the traditional variety, helping lawbreakers become ever bolder and more difficult to track down.

As police forces grapple with the changing nature of crime, they are also challenged by reduced budgets and a need to ‘do more with less’ at a time of increased fiscal austerity. In Northern Ireland, Justice Minister David Ford recently warned of average budget cuts of 9 per cent across policing activities, cuts that will inevitably change the way policing is delivered in the region.

Yet these challenges also represent significant opportunities – a chance to transform policing in Northern Ireland while simultaneously reducing costs and increasing citizen satisfaction. Interviews conducted by Accenture with police leaders from across the world have found that farsighted law enforcement agencies now recognise that the time is right for change and some are already pursuing new innovative approaches to crime fighting – more integrated, joined-up approaches that can deliver significant benefits. Six steps are emerging as the key drivers of success.

Empowered by technology, citizens clearly want to participate more actively in assisting law enforcement agencies. An Accenture survey across six countries including the UK found, that a majority (96 per cent) of citizens believe the public has a role to play in delivering police services and 78 per cent of respondents see crime reporting as a key responsibility for citizens. The research also found that a majority of UK citizens (75 per cent) believe the expanded use of new and advanced digital tools will improve police services in the UK. Two-thirds of respondents (66 per cent) also said they are more willing to engage with the police via social media than they were a year ago, and 85 per cent would use a mobile app if available to obtain information about crime or to report crime.

While the greater use of digital technologies can help to build public trust in the police, our research also found that despite strong citizen support for the use of digital technologies, traditional community policing methods remain important, with a majority (79 per cent) of UK respondents who do not have a specific community or neighborhood contact within their local police force saying they would like to have one. 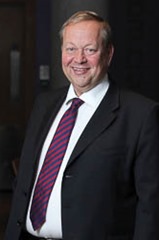 Despite a strong willingness by UK citizens to interact with police via digital channels, the survey found that citizen expectations (76 per cent) exceed the level of digital services (38 per cent) currently provided by police. Some cities and police forces have, however, already taken steps to enable greater citizen digital engagement with police. New York City’s 311 Customer Service Center, is a successful self-service web portal that provides a single point of contact for citizens to all divisions of city government for non-emergencies, including the police. Closer to home, West Midlands Police and Accenture have embarked on a transformation program that will deliver digitally enabled capabilities to help the force manage citizen service requests and achieve cost savings across operations.

New mobile technologies such as smartphones and tablets must also play an increasing role in policing, accelerating response times by enabling officers to gain instant access to critical information where and when needed. A 2012 pilot in southern England found that using such mobile technologies as laptops and PDAs was, on average, 15 minutes faster than manual processes, and enabled officers to send complete information to the central database in less than one minute, without having to return to the police station. This increased mobility enabled police to be more responsive to calls from the public when on the move, enabled the faster identification of suspects, and reduced police travel times.

As new technologies steadily reduce the administrative burden on the police – and even the need for brick-and-mortar police stations – they free up officers to focus more on interacting with the public in frontline community positions. Some future police services – dealing with community policing issues and citizen concerns, for example – may be run from contact points in supermarkets and community centres as is already happening in some regions of the UK.

Police forces aren’t only using technology to build the optimal organisation, however. They’re also partnering with the private sector to make such non-core services as the maintenance of vehicle fleets, buildings and other facilities more efficient.

In Scotland in 2013, eight separate regional police forces and the Scottish Crime and Drug Enforcement Agency were consolidated into Police Scotland, a new police service responsible for law enforcement throughout the land. In the Republic of Ireland, structural changes, including the consolidation of police districts, have already allowed An Garda Síochána, to realise savings of more than €53 million over two years – a significant efficiency for a force whose budget was reduced by 6 per cent between 2011 and 2012. 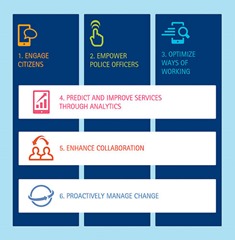 4. Predict and improve through analytics

Analytics can also be combined with existing infrastructure – video cameras and sensors – to deliver real-time intelligence. In Singapore, a Safe City pilot programme integrated analytical capabilities into existing CCTV systems across the city to monitor for public safety incidents. The system alerts public safety agencies in real time to incidents requiring their attention.

As crime becomes more diverse and increasingly globalised, collaborative initiatives among and between police forces are critical. Collaboration, however, needs to encompass more than just fellow police forces to be truly effective. The private sector, other public service organisations and, of course, citizens themselves – need to be drawn into a collective effort, led by the police. In Denmark, for instance, a programme that unites social services, schools and the police is helping officers work with people who are deemed high-risk for committing a crime or who have previously committed a crime.

The changes necessary to build the effective police force of the future will require a much more creative and proactive approach to change management – an approach that recognises change as a constant, and constantly evolving, process. There is a long way to go before all police forces possess the real-time, intelligence-led capabilities that will enable them to crack the complex criminal networks that threaten peace and security. But our research shows that today’s police leaders have a very clear understanding of the challenges they face, and that many are rising to those challenges.