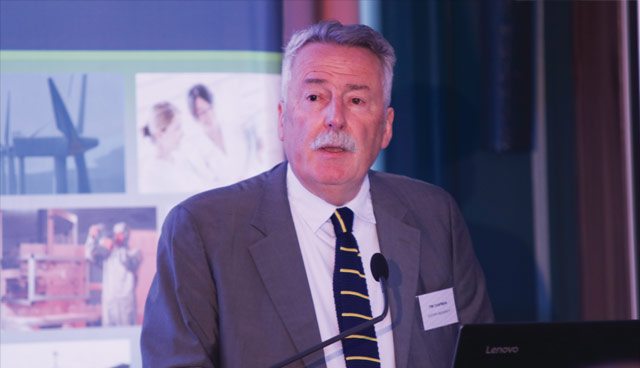 With Northern Ireland recognised as an international leader in the field of restorative justice due to its approach in addressing youth crime, there is no doubt that they have supported many victims, reduced crime and violence and prevented many young people from being prosecuted in the courts, writes Tim Chapman of the European Forum for Restorative Justice.

The field of restorative justice is growing rapidly throughout Europe. The Directive of the European Parliament and of the Council in 2012 on minimum standards on the rights, support and protection of victims of crime and the 2018 Council of Europe Recommendation concerning restorative justice in criminal matters are important international documents providing standards of practice which safeguard participants and assure high quality delivery.

Northern Ireland is considered an international leader in the field of restorative justice due to its commitment to a restorative approach to addressing youth crime. Community based restorative justice projects operate in many areas of the country. They are managed and staffed by local people and they respond to anti-social behaviour, crime and conflict within their communities.

Since 2003 if young people become involved in crime in Northern Ireland, they must be offered an opportunity to meet or communicate with their victims through a restorative youth conference as long as they admit responsibility for the offence. This approach is delivered by the Youth Justice Agency. A youth conference can be used as an alternative to prosecution or as part of the sentencing process of the youth court. There have been over 21,000 of these conferences. Victims report 85 per cent to 90 per cent satisfaction with the restorative process and its outcomes, preferring to participate in a conference than attend court. Reoffending rates have reduced compared to the rates prior to restorative justice being implemented. Generally, Northern Ireland experiences decreasing levels of youth crime and the use of custody for young people is very low.

These results are supported by international research into restorative justice. Victims generally want to meet those that have harmed them for many reasons; to explain how the crime has harmed them, to ask questions, to seek reparations, and basically to move on with their lives. Meeting with the offender has been shown to reduce post-traumatic stress symptoms of victims. In some cases, victims hope that they can prevent reoffending and contribute to a safer society. Victims say that they are less afraid that the offender would commit further crimes against them. They are less likely to remain angry and to desire revenge. They generally believe that offenders’ apologies are sincere and are more likely to forgive them.

Most offenders welcome the opportunity to express remorse and to repair the harm that they have caused. The participation of families and people from the community often persuades the offender to take more responsibility in their lives. Both parties associate restorative justice with fair treatment. Young people who have participated in restorative justice have been found to have a more positive attitude towards police and law. Studies confirm that restorative justice stimulates desistance from offending.

To place restorative justice at the heart of the criminal justice system would be transformative in that many taken for granted assumptions would have to be discarded. Currently the system is based upon the premise that most people fear crime and that the role of the criminal justice system is to focus on the safety and protection of the public. This leads to a focus on identifying risks associated with offending with the aim of reducing reoffending by confining, managing or changing the offender.

There are many effective ways to reduce crime; but the criminal justice system is not one of them. Consider these official statistics on crime in England and Wales. Crime surveys estimate that over 10 million crimes are committed each year. Around half of these are reported to and recorded by the police. Less than 10 per cent of these crimes result in a prosecution. 87 per cent of these resulted in a conviction. While crime is generally decreasing the use of prison is increasing (though the rate of imprisonment in Northern Ireland is much lower than in England and Wales). Community sentences aimed at rehabilitation, such as probation and community service orders, are decreasing.

To summarise, even if sentences were very effective in preventing offending, the public would probably not notice or appreciate the achievement. The public observe people committing crimes and usually avoiding being made accountable. They do not see individuals not committing crimes. Furthermore, while sentencing is public, its implementation whether in prison or through community supervision is out of sight.

Crime surveys, on which the fear of crime premise is based, actually find being ‘angry’ over crime, rather than being afraid, was the most common reaction among the general public. Furthermore, trust in the ‘fairness’ of the criminal justice system is a more significant motivator for public cooperation than its effectiveness. This suggests that most people value justice being done more than safety (though this value should not be ignored).

In our culture we associate justice with punishment, but what if restorative justice offered those most affected by crime a more real and satisfying experience of justice, as research suggests it does? What if victims’ experiences, needs and wishes were really taken seriously? What if perpetrators of harm made themselves accountable for the suffering that they had caused and more importantly for what they should do about it? What if this experience of justice required the participation of ordinary people from the community as much as the expertise of professionals?

Recent politics have demonstrated the risks of ignoring people’s anger and not hearing and understanding the voices of those excluded from power and participation in matters that concern them. Restorative justice processes enable people to express their feelings about crime and participate in deciding what to do about it. In this way important values, such as respect for human dignity, responsibility for the consequences of our behaviour on others, truthful dialogue and restoring just relations in society, are strengthened.

Tim Chapman is a visiting lecturer at Ulster University, Northern Ireland. His teaching and research is focused primarily on restorative justice. He is active in promoting restorative justice in Europe and beyond through the European Forum for Restorative Justice.