Established in 2016, Operation Kenova is primarily an investigation into the activities of a high-level British state agent within the Provisional IRA — Stakeknife. Allegedly a British Army-run covert human intelligence source, the existence of Stakeknife, AKA Freddie Scappaticci, was uncovered through the work of the three Stevens Inquiries (1989–2005) into collusion between British security forces and loyalist paramilitaries.

The codename first emerged in 1999 when the Sunday Times’ Liam Clarke interviewed former British Army Force Recon Unit (FRU) soldier Martin Ingram, AKA Ian Hurst. Stakeknife is alleged to have been involved in kidnap, unlawful imprisonment, torture and up to 50 murders during a period of the conflict.

The objective of Kenova is to determine whether or not there is evidence of the commission of criminal offences committed by Stakeknife, members of the Provisional IRA, British security forces and/or government employees.

Jon Boutcher is responsible for the delivery of Operation Kenova’s final reports, through the PSNI Chief Constable, to the Director of Public Prosecutions (DPP), which may include prosecutorial recommendations for the consideration. Boutcher has previously stated: “My job is to make it nigh on impossible for [the DPP] not to agree to prosecute some of those involved.”

However, a letter sent by Boutcher to solicitor Michael Brentall, who represents the family of Francisco Notarantonio, complicated the investigation. Notarantonio, a Belfast pensioner, was shot dead by the UDA 1987. His killing has long been portrayed as the consequence of an FRU intelligence ploy in which Notarantonio’s name was inserted into UDA target lists to protect Stakeknife as a prized military asset. This authorship of the ploy is now in doubt.

“Operation Kenova have [sic] spoken with both Greg Harkin and Martin Ingram about the allegations made in their book Stakeknife, that Francisco Notarantonio was murdered so as to protect the agent Stakeknife. Both have stated that they neither have information or knowledge to support these allegations,” Boutcher wrote.

Boutcher also met with the Notarantonio family and indicated that he can find no evidence to link their relative’s killing to Stakeknife. This raises concerns of a name-swap ploy to divert investigators’ attentions away from Stakeknife’s real handlers.

“Further to the confirmation from Operation Kenova and other enquiries, our client is now aware that there appears to be no direct link between the agent known as Stakeknife and the murder of Francisco Notarantonio.

“What has become apparent is that there appears to have been a deliberate attempt to divert our client, and the public in general, from the proper source of the murder by linking the murder to the activities of the agent known as Stakeknife,” said Brentall.

As such, the family wants the Operation Kenova to incorporate the 1987 killing in its investigation. Boutcher is understood to have objected, indicating that this is beyond Kenova’s terms of reference. Consequently, in July 2019, Brentall Legal lodged Judicial Review proceedings in the High Court in Belfast “against the decision of Operation Kenova not to act on allegations of criminality that arose during their investigation in or around the murder of Francisco Notarantonio”.

This action was taken, the solicitor outlined, to ensure that Kenova investigates “the full extent of the murder and the name swap story”. Instead, Operation Kenova has requested that the investigation be conducted by the Police Ombudsman. 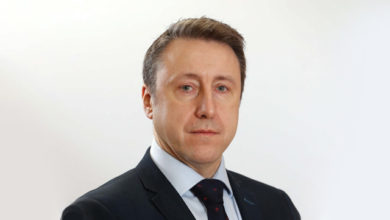 Transformation and the PPS