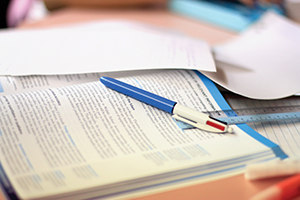 A report from the Organisation for Economic Co-operation and Development wrongly claimed students from Northern Ireland’s universities have some of the world’s worst literacy and numeracy skills.

The Organisation for Economic Co-operation and Development has apologised to Northern Irish students after publishing the wrong information about their reading, writing and maths skills.

A report from the Organisation for Economic Co-operation and Development (OECD) published on 28 January claimed that university students from Northern Ireland have some of the poorest reading, writing and maths skills in the developed world.

The report, ‘Building skills for all: A review of England’ found that only students from England had worse literacy skills than their Northern Irish counterparts. Of the 23 countries ranked, only England and the United States of America had worse numeracy skills. It also claimed that around 25 per cent of Northern Ireland’s students struggle with more than basic reading, writing and maths tasks.

However, The OECD has now admitted they initially published the wrong data and that Northern Ireland’s students actually rank 13 out of 23 for literacy and 14 out of 23 for numeracy skills. The OECD claims a formatting error was to blame as one of the graphics accompanying the text was mistakenly replaced by the graphic for another image.

The report claims that those with low levels of literacy skills can for example read the instructions on a bottle of aspirin and understand a petrol gauge, but will struggle to undertake more challenging literacy and numeracy tasks.

The report states: “Such skills are manifestly inadequate to address the kind of higher level tasks of critical analysis to which university programmes very properly aspire, and to realise the strong labour market outcomes, that…depend heavily on good basic skills.”

The report warns that there are low basic skills among many in the current university entrant pool and university programmes typically assume that entrants to university are well prepared with core academic skills acquired at school. As such, university teaching gives limited attention to low levels of literacy and numeracy.

Countries like England, France, Italy, Ireland and the USA have had higher numbers of teenagers with low basic skills. However, better performing countries like Finland, Holland, Japan and Korea had very low numbers of 16-19-year-olds with poor literacy and numeracy skills.

To address these problems the report calls for stronger basic schooling to establish more demanding basic skills standards in upper secondary education to match those already realised in other countries.

It also urges students with low basic skills to enter “postsecondary alternatives” to address their needs and tackle basic skills. While for students with intermediate levels of basic skills, the OECD suggests more needs to be done within universities to develop quite basic literacy and numeracy skills, alongside higher level study skills.