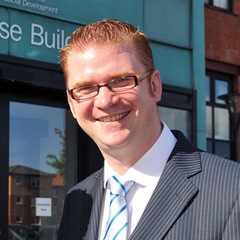 The ravages of the Troubles took their toll on many town centres as has, more recently, the impact of economic uncertainty caused by the downturn. If town centres are to continue to be the economic drivers for their surrounding districts, then regeneration is essential.

Town centre reinvigoration policy is the responsibility of the Department for Social Development (DSD) with related roles being shared among a number of other departments. DSD’s regeneration initiatives will be familiar to many and include: master planning, comprehensive development (CD) schemes; urban development grants; public realm improvements and town centre promotion and marketing schemes.

These initiatives have attracted substantial government investment over a considerable time and have secured the successful completion of a number of high profile regeneration schemes as well as the development of a plethora of ambitious town centre master plans. An example of a successful CD scheme is the highly acclaimed Victoria Square project.

The Northern Ireland Assembly Committee for Social Development scrutinises the work of DSD to ensure that its policies and initiatives reflect the needs and expectations of all of the people of Northern Ireland. In response to repeated concerns raised by key stakeholders, the committee agreed to undertake a formal inquiry into the nature and effectiveness of DSD’s town centre regeneration activities.

With regard to regeneration policy, the committee recommended the development of an overarching town centre regeneration strategy which would dovetail with the relevant policies of other departments and ensure joined-up government. 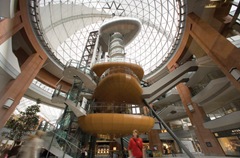 The committee was very surprised to learn that DSD did not put into place a performance measurement system and therefore did not have a formal means of evaluating its regeneration efforts. In response the committee has recommended the introduction of a meaningful policy evaluation framework.

Witnesses to the inquiry also reported what they viewed as geographical bias in the distribution of regeneration investment. The committee therefore considered the experience of other similar jurisdictions where more transparent investment initiatives and better local participation for urban regeneration are evident.

The committee was particularly impressed by the Scottish Town Centre Regeneration Fund and, in a key inquiry recommendation, has suggested that such a scheme be introduced in Northern Ireland. This would allow towns of all sizes to compete for capital investment linked to development plans. The funding allocation would be assessed transparently by an independent panel which would be required to ensure a geographical balance to the allocation of monies.

The committee also reviewed innovative town centre management bodies such as business improvement districts (BIDs). It is clear that these bodies in Great Britain and the USA have been very successful in effecting real improvements in challenging urban areas. The committee took the view that a statutory framework for the introduction of BIDs should certainly be developed at the earliest opportunity.

The future for town centre regeneration is bound up with district councils and the reform of public administration. It is essential that DSD’s planned new strategy for urban regeneration and the associated evaluation framework are in place well in advance of the expected transfer of certain responsibilities to district councils.

The Social Development Committee wants town centre regeneration to work and wants to be able to clearly assess the successes or failures of policies to ensure the better direction of investment to our vibrant and vital, though sometimes neglected, town centres.