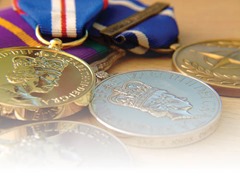 Eighty people have been honoured for their contribution to society in Northern Ireland through the new year honours list. Of these, 25 will receive the British Empire Medal which was reintroduced for local acts of service at the time of the 2012 Olympics.

Order of the British Empire

Mary MacIntyre, Department of the Environment

Rosemary Jordan, Riding for the Disabled

Bombardier chairman Laurent Beaudoin was appointed as a companion of the Order of Saint Michael and Saint George (CMG) for services to industry, particularly in Northern Ireland. The firm has 13 UK sites, the largest in Belfast. A native of Quebec, Beaudoin is the son-in-law of company founder Joseph-Armand Bombardier and has been its chairman since 1979.