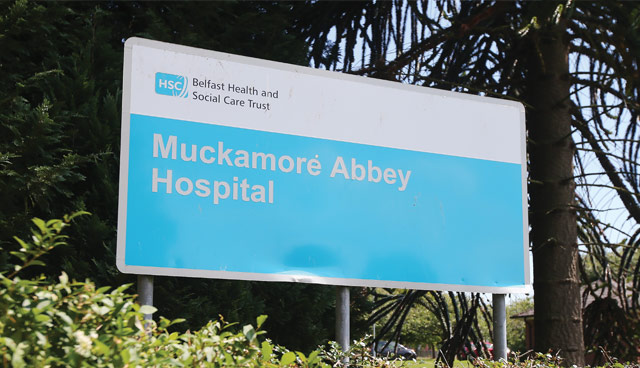 A review of procedures at Muckamore Abbey Hospital has identified a catalogue of failures, including allegations of physical and mental abuse, ignorance of safeguarding procedures and medical negligence, resulting in the suspension of 15 members of staff. agendaNi outline the findings of the leaked report, described as “shattering” by its authors.

A number of families have now made calls for a public inquiry to investigate allegations at the hospital, currently run by over 500 staff, responsible for 80 patients typically exhibiting severe mental health impairment and challenging behaviour. The Belfast Health and Social Care Trust issued an apology to the patients and their families affected by the “regrettable and unacceptable situation” at the institution, widely believed to have fallen significantly below expected professional standards.

Calls for an inquiry come less than six months after allegations emerged of ill treatment towards patients in July, when 13 members of staff were suspended from the County Antrim hospital. Incidences of violence were regularly reported, with a recently leaked report suggesting that of the incidents recorded, many were initially denied or dismissed as implausible. Two more members of staff have since been suspended, bringing the current total of suspended staff to 15.

Commissioned by the Belfast Health Trust to examine safeguarding procedures over the five years up to 2017, the report, leaked to the BBC, claims that patients’ lives were routinely “compromised”. Indeed, allegations of cruelty have grown in recent weeks, with one distressed parent describing a seclusion room that her son was kept in as a “dark dungeon”. The unmonitored usage of seclusion rooms was identified as a key failing in the report. Further findings in the report revealed that staff assumed CCTV to not be working, with recorded footage allegedly showing patients being punched in the stomach, kneed in the testicles and swung by the arms by staff in the hospital’s Psychiatric Intensive Care Unit (PICU).

The leaked review, entitled ‘A Way to Go’, is co-authored by Dr Margaret Flynn, who oversaw the review into the Winterbourne Hospital Scandal in 2013, which saw six healthcare workers imprisoned for abuse and negligence. Included in the document are two major recommendations, one emphasising that “ordinary lives require extraordinary support”, and another calling for a long-term vision for services for people with learning disabilities and autism.

An ongoing investigation between the PSNI and National Crime Agency (NCA) has enlisted specialised policing units, in what is now one of the largest adult safeguarding cases in Northern Ireland’s history. PSNI Detective Chief Inspector, Jill Duffie, claimed that 132 incidents have been reported to police. “We continue to work through every one of those reports to see where there have been criminal offences committed,” said Duffie.

Department of Health Permanent Secretary, Richard Pengelly, recently met the families of those affected, offering an apology for what he described as “appalling behaviours that fell well short of what is acceptable”. Pledging to find alternative accommodation for long-term patients, Pengelly said he expected Muckamore patients to be moved to other care facilities by the end of 2019, a deadline which he described as “challenging”, adding that they must be returned to a “hospital providing acute care and not simply a residential facility”.

FINDINGS FROM THE LEAKED REPORT