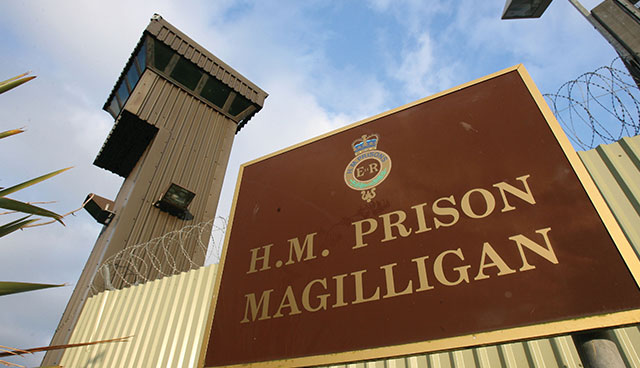 A report into Derry’s Magilligan prison has found that less than half of previous recommendations have yet to be implemented or initiated including addressing poorer outcomes for Catholic prisoners and introducing an integrated drug and alcohol strategy.

The unannounced inspection which took place in June 2017, highlighted a number of improvements had been made since recommendations were issued after the previous 2014 report, but also noted a failure to fully implement many of those recommendations.

The joint inspection was carried out by CJI and Her Majesty’s Inspectorate of Prisons in England and Wales (HMIP) with support from colleagues from the Regulation and Quality Improvement Authority (RQIA) and the Education and Training Inspectorate (ETI).

Magilligan is a medium-security prison, holding over 400 adult men, all of whom have been transferred from Maghaberry. Its primary focus is to provide opportunities for prisoners to reduce re-offending risk and to prepare and support them with the release process.

Of the 18 recommendations made in the area of safety following the 2014 inspection, eight had been achieved, six had been partially achieved and four had not been achieved. While the latest safety findings declared outcomes for prisoners in the area of safety as “reasonably good”, the report flagged a decline in the number of prisoners who reported feeling either well treated by staff or safe during their journey to Magilligan. It also pointed to “insufficient” initial screening interviews and a lack of additional first night checks (something that was changed during the inspection).

However, the report did declare the majority of prisoners felt safe on their first night and that early days support was very good. While recorded levels of violence were low, there was an increase in the number of prisoners that reported feeling unsafe and more reports of victimisation. The findings noted an under-reporting of bullying.

Levels of self-harm in Magilligan were low, safeguarding arrangements were above average and security was proportionate. However, reducing the supply and use of illicit substances was the major security challenge faced by the prison. While the report noted proactive searching and testing for drugs, as well as a positive mandatory drug testing rate, Magilligan still has no integrated drug and alcohol strategy or action plan.

More prisoners than previously were in clinical management; however, this is insufficiently staffed to ensure continuity of care. The report noted that an “informal” approach to the use of segregation for drug detoxification was “inappropriate and an alternative pathway was needed”.

Outcomes for prisoners in the area of respect were deemed good against the healthy prison test. Of the 29 recommendations made during the previous inspection, 11 had been achieved but the same number had not been initiated and six had been partially achieved.

The report noted a positive staff culture, stating “constructive, friendly relationships between staff and prisoners”. A total of 80 per cent of prisoners surveyed stated that staff treated them with respect. Although weekly consultation meetings between staff and prisoners were seen as a positive to identify concerns, there appeared to be slow progress on resolving those issues raised.

However, the report noted that equality and diversity work in the prison was underdeveloped. It states that there “continued to be poorer outcomes for Catholic prisoners in a range of important areas, often where staff discretion was involved”. The survey carried out for the report also found that Catholic prisoners were more negative than Protestants about respectful treatment by staff. The report recommends external expert assistance in addressing the issue. Although, it notes excellent and innovative support to disabled and older prisoners. 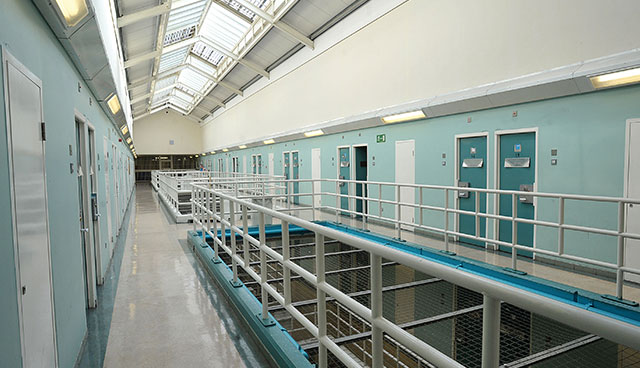 On the complaints procedure, complaints alleging staff assault were not sufficiently robust and needed improvement. Legal services and healthcare provisions were rated to be good.

Outcomes for prisoners were again rated to be “good”. Of the 10 recommendations made previously, four had been achieved, five had been partially achieved and one had not been achieved. Prisoner involvement in purposeful activity significantly improved since the last inspection and was judged to be at an average of 70 per cent.

The improvement had largely been driven by a strategy set out by senior management focussed on prisoner needs. This involved greater collaboration with the North West Regional College and a change of staffing structure to ensure effective planning of the core day. While arrangements for self-evaluation and quality improvement planning had strengthened, the report noted insufficient data to inform improvement planning.

The range of activities offered to prisoners had improved, as had the scheduling, but attendance needed to be more consistent. Gaps still existed accredited training and a few vocational areas needed to provide realistic working environments for prisoners to develop and apply practical skills.

While library resources had improved, prisoners could still only visit one day a week, with no weekend access.

A survey for the report found that more prisoners were being helped to prepare for release by a member of staff than previously. Prisoners were offered good rehabilitation opportunities. Public protection work was well managed, with good assessments for home leave which was used extensively.

A criticism raised was that offence-related work with those on intermediate custodial sentences did not commence until four years before their tariff expiry, which the report highlights reduces the potential for release on or near their tariff date.