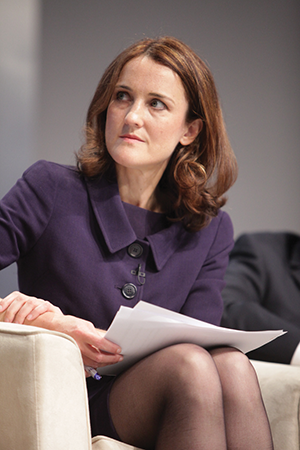 The Northern Ireland Office has rejected calls from local politicians for additional funding for police investigations into Troubles related crimes.

The Northern Ireland Office (NIO) has been roundly criticised by local politicians following its decision that no more money will be made available to deal with police investigations into crimes committed in Northern Ireland’s past.

The announcement came following claims by the PSNI’s Chief Constable, George Hamilton that it will cost in the region of £7 million per annum to fund the investigations once the proposed mechanisms for dealing with cases are fully operational.

Speaking following this announcement, DUP leader Arlene Foster MLA expressed her sympathy for the Chief Constable. “I have already told the Secretary of State that she should look at releasing some of the funds, which were set aside during the negotiations, to allow [the Chief Constable] to continue to fund the other very important work that he continues to do,” said Foster.

However, an NIO spokesperson made clear that money could only be released to deal with the past if there was an agreement to establish new institutions. The spokesperson also confirmed that at present, any such investigations are a matter for the PSNI and that it is the responsibility of the Department of Justice and the Northern Ireland Executive to fund the police, not the NIO.

“This is another reason we need to build the necessary political consensus to deal with all aspects of Northern Ireland’s past and we believe we are closer to this than ever before,” said the spokesperson.

“The Government has made it clear that there is an additional £150 million available over five years to support new bodies to be set up to investigate the past.”

This statement has been criticised by the Justice Minister, David Ford MLA who claims he has told the Northern Ireland Secretary of State, Theresa Villiers several times that the Northern Ireland Justice system is not equipped to deal with the past and has called on Westminster to live up to its responsibilities.

“Failure to provide the funds earmarked by the Treasury as long ago as December 2014 is simply punishing the justice system for the failings of others,” said Ford. “Theresa Villiers made a deal with the Irish government, Sinn Féin and the DUP without including the suggested institutions on the past.

“There was not even any way proposed to deal with the past, and victims were badly let down. Now the NIO seems to be using that failure as an excuse to refuse to fund essential work being done on the past. If legacy issues are not dealt with properly, it will be the British Government, not the Department of Justice, that has to answer questions in Strasbourg.”

His comments were echoed by the SDLP leader, Colum Eastwood MLA, who called on David Cameron to replicate what he did around Bloody Sunday and get actively involved in the way legacy investigations are funded.

“The people with the most truth to tell need to be telling it and I think David Cameron needs to step up and step in,” said Eastwood. “This is way above the Secretary of State’s pay grade.”