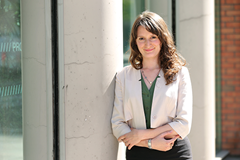 The North West London integrated care pilot is a large-scale programme aimed at improving the co-ordination of care for people over 75 years of age and/or adults living with diabetes. Holly Holder, a fellow in health policy at the think-tank the Nuffield Trust, undertook a review of the pilot. Holder says that the pilot, as every pilot should, had clear aims:

• to improve the outcomes for patients;

She adds that the pilot was very much a collaborative effort and was designed in collaboration with local professionals.

“Integrated care is difficult to achieve as there are structural and cultural hurdles,” Holder comments. The pilot identified five such barriers early on and these were, in turn, addressed in the following ways:

2. joint governance through an integrated management board with a shared performance and evaluation framework;

3. information sharing to access and analyse data in a timely fashion;

4. patient, user and carer engagement and involvement; and

One important aspect of the pilot was it had a clear and consistent vision. It started in July 2011 after a period of design and consultation with stakeholders. The pilot had an initial investment of £10 million from NHS London and involved a large number of organisations: five local authorities, three acute hospitals, two community hospitals, 104 general practices and representatives from Age UK and Diabetes UK. The pilot covered 550,000 patients in total.

The governance structure of the pilot consisted of a high level integrated management board (IMB) which was led by the three co-chairs – a clinician with no ties to any of the pilot organisations and two GPs who work within the area of the pilot. Board meetings are attended by all of the organisations involved, with CEOs or deputies expected to attend.

The Nuffield Trust evaluated the pilot over its first year and the IMB was well attended over this first year. Below the management board are multi-disciplinary groups (MDGs) which are local level groups with representatives from all of the organisations who are providing and delivering the care. At the outset of the pilot there were eight MDGs. The organisations are brought together as a ‘virtual provider network’ and there were no organisational mergers.

The MDGs have seven key functions and roles. The first step was to identify those patients who were over 75 and those who have diabetes, using the GP registers. The second step was the development of a bespoke information tool with the aim of ‘stratifying’ the patients by their risk of emergency admission and they would target those high risk patients. Provider would then agree to provide care as recommended by the clinical protocols and care packages agreed at the management board level. These had been developed in collaboration with consultants, clinical experts and people working in the area; their purpose was to avoid any variation of care at GP level, with everyone delivering this best practice quality of care to patients.

Each patient was then given an individual integrated care plan, which was implemented by the GPs. GPs were reimbursed for their time – £40 for every diabetic patient and £80 for every older person – and they were expected to spend about half an hour with each of these patients.

As well as identifying what care was needed, this approach was also supposed to spark the better self-management of care approach. Patients would then receive care from a range of care providers. The IT tool was supposed to be set up so everyone could see what care had already been delivered and what care was expected. Another bonus from the integration was the reduction in duplication of tests. Everyone would get together at the MDGs and discuss the more complicated cases. They would also have the opportunity to discuss best practice and get to know each other, and identify any gaps in care or if new care pathways were needed.

In order to enable and fund new care pathways, particularly in moving care from hospitals into the community, the pilot was given an innovation fund: £450,000 for the first year. Member organisations had to submit proposals to the management board to access the fund. 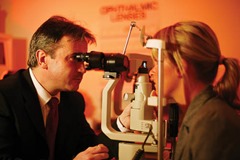 Asked about the pilot’s successes, she notes: “A lot of time and effort went into creating a sense of trust and collaboration, with a shared vision between the providers very early on. This meant that when they launched the pilot attendance at the management and MDG meetings was high. People were collaborating in a way that they hadn’t been before. That was facilitated by the pilot and the time and effort put into setting up those structures and agreeing a shared vision.”

At the MDG level, Holder found a strong sense of commitment, partly because the professionals were agreed on how care should be delivered and there was an opportunity to learn from their colleagues in different organisations.

“I think some of them found it difficult with how much time and commitment was expected and required of them to be part of the pilot,” she acknowledges. Half of the GPs felt that their workload had increased with duplication such as entering information into their own systems and also into the pilot’s IT system.”

As for any lessons learnt (or indeed surprises), Holder highlights the way in which members wanted to set up the pilot as a virtual organisation, recognising the structural differences and funding of patients as they move around the system.

“They didn’t try and overcome these constraints,” she remarks. “The pilot didn’t try and merge organisations or IT systems. Central to this was the idea of the IT tool which allowed a common platform. The problem was implementing it, and getting something up and working was the biggest challenge.”

In the trust’s evaluation report, one of the operations team advised against launching a similar project “until you have an IT tool up and working.” That is “crucial” for sharing information across the teams.

At this stage, it is too early to observe any changes in patient outcomes. “Experience with similar changes elsewhere in the world suggests a minimum of three to five years is needed before there is an impact on activity, patient experience and outcomes,” Holder reflects. During the first year, there was a notable reduction in emergency emissions for the whole population but was not restricted to older people or those with diabetes. There was a marked increase in the diagnoses of dementia.

In conclusion, she says: “The overall success of the pilot was in making progress in designing and implementing a highly complex intervention, which had brought together diverse health and social care providers.” A second pilot has now been established in outer North West London and will be further extended into new boroughs.