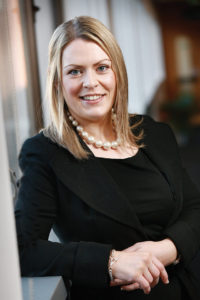 If everyone agrees that investment into infrastructure drives economic growth, why are decisions being made without a view on the true economic value that those investments deliver? And, without these considerations, how is the new Executive going to effectively prioritise infrastructure projects in Northern Ireland, to ensure they are putting the right money in the right places to achieve the economic and social outcomes anticipated in the new Programme for Government?

Current infrastructure appraisal and prioritisation methodologies are frequently nowhere near sophisticated enough to allow Governments to make truly informed decisions about their investments. It is time to rethink how we appraise and prioritise infrastructure, and forge better links between decision making, growth and thus the revenues that ultimately pay for what is built.

Northern Ireland’s infrastructure needs are increasing, and the Executive’s ability to fund infrastructure is falling. The Executive must recognise the sense in accelerating the delivery of those investments that will drive economic growth – the integrated Belfast Transport Hub in Belfast, the North-South interconnector and the A6 and A5 strategic roads projects.

Few governments are able to properly assess the actual economic value that their investments deliver. In part, this is because current infrastructure appraisal and priortisation methodologies take a narrow view of value. In some markets, appraisals are simply based on a mix of feasibility studies and economic cost/benefit analysis. Often the appraisal is a way for project sponsors to get what they want rather than help decision-makers understand the optimal combination of projects meriting investment when financial resources are constrained. It is vital to have a complete picture of the project’s impact on the ‘real economy’ (growth and jobs), land values and tax revenues, and what this means for overall project affordability for the taxpayer.

Another challenge is that most governments, including the Northern Ireland Executive, tend to manage their infrastructure investments in departmental silos (or in the case of strategically important projects) on a project-by-project basis. This often results in insufficient awareness of the relative value that each project delivers to the overall economic objectives, which, in turn, makes it very difficult to properly balance investments to achieve the best returns. This project-by-project view of life also risks ignoring important interactions between projects.

The new Executive must find a way to explore and measure the broader basket of benefits that infrastructure investment can deliver. The calculation for economic benefit should include not only traditional metrics such as ‘time saved’ or ‘revenues generated’ but also aspects such as land value changes. This may mean running real economy and programme based appraisals in parallel to more conventional, project specific approaches.

New approaches are being used by cities at the forefront of the UK City Devolution agenda, to design programmes that seek to maximise growth, but do so subject to minimum environmental and social outcomes, with the mix of projects underpinning the programme being adjusted until the desired balance is achieved.